Young Europeans and democracy: it's complicated

Studies carried out in various European countries in the latest decades all come the same conclusions: young Europeans disengage from – and sometimes, even disavow – democracy. Yet, there is more to this picture; the rise of digital technologies has empowered young people to participate in the democratic process in new ways.

Indeed, a 2016 Journal of Democracy paper highlighted that about 45 per cent of Europeans born in the 1980s think it is "essential" to live in a country that is governed democratically, as opposed to nearly 60 per cent of those Europeans who were born in the 1950s. Should we conclude that young people are growing distant from democracy, or does this finding hide another phenomenon, as the recent youth-led demonstrations in many European cities seem to indicate?

To some observers, young Europeans do not express a strong attachment to democracy because, for most of them, they were born at a time where authoritarian regimes were a thing of the past. If that assessment makes sense, it is not sufficient, and puts the blame only on young people.

In fact, young people's attachment to the democratic process has eroded over the years for a number of other legitimate reasons. Firstly, there a crisis of trust between young people and politicians, and it is going both ways. The youth is wary of politicians, whom they see as self-interested. Politicians, in turn, see young people as more likely to express their disagreement and opposition, rather than to try to collaborate in a constructive way.

What is more, many young people do not view the democratic institutions and their representatives as truly concerned with the issues that matter the most to them. This problem is further aggravated by the fact that they are not represented by young mandate holders in decision-making bodies. 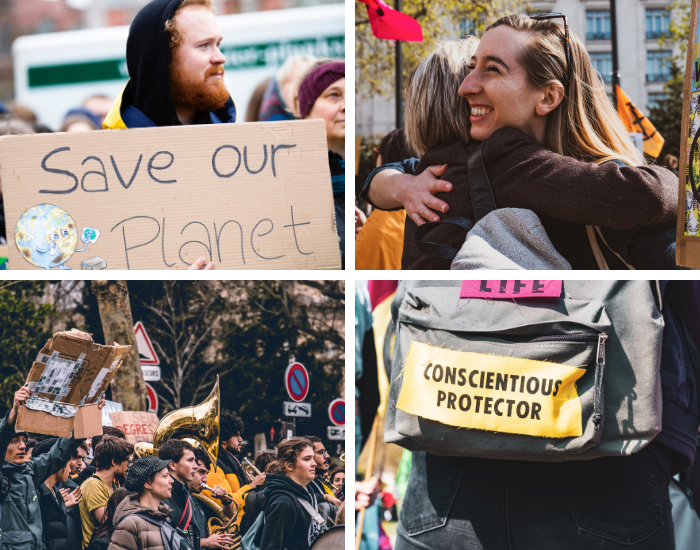 Young people as pioneers of new forms of democratic participation

As a result, the turnout of young people in elections across Europe is generally low. However, they have a higher rate of involvement in alternative – sometimes unconventional – civic activities, such as volunteering for associations, participating in the democratic debates taking place on social media, and attending demonstrations (as could be seen with the recent wave of youth-led environmental demonstrations across the world).

This goes to show that, rather than being disengaged from the democratic process, young people are critical of it, since the mainstream political offer does not match their concerns, nor does it meet their aspirations. As Monica Nica from AEGEE Europe puts it, "transformation, not decline is what best depicts youth political participation", adding that new forms of youth participation are "personally meaningful, issue-based, non-institutionalised, horizontal, informal, ad-hoc, and less linked to traditional societal cleavages".

Digital technology has provided new avenues for political participation, especially among young people, who make an extensive use of social media for this purpose. According to Ariadne Vromen, "social media, particularly Facebook, has become an everyday source of news and information on politics, and is increasingly used by young people to show a personalised, symbolic solidarity with political issues". Although this form of participation can have its downsides, this goes to show how the internet is a place of empowerment for young generations.

From Monday, 29 April to Sunday, 5 May 2019, the European Youth Week will be marked by events by and for young people, throughout Europe. Read our article about what you should expect during that week, and keep an eye on Twitter for some exciting activities to come.

Resources from the Insafe network on democracy and political participation

To mark the European Youth Week, which focuses on "Democracy and me", the Better Internet for Kids (BIK) Team curated a few engaging resources on democracy and political participation, targeted to young people. All these resources were designed by members of the Insafe network, across Europe.

Save the date! The European Youth Week is getting close

The European Youth Week will take place from Monday, 29 April to Sunday, 5 May 2019. This event takes place every two years and aims to celebrate and promote youth engagement through activities organised in all 33 countries participating in Erasmus+.