On Monday, 19 November 2018, 18 BIK Youth panellists gathered in Brussels to build an awareness campaign, #MyDigitalSelfAndI, and to prepare their intervention during Safer Internet Forum (SIF) on Tuesday, 20 November 2018.

The 18 youngsters were aged 14-19 and came from 15 different European countries: Belgium, Bulgaria, Cyprus, Czech Republic, Estonia, Finland, Germany, Greece, Hungary, Ireland, Lithuania, Luxembourg, Norway, Portugal and the United Kingdom. They had already been working together through four webinars over the course of one month and a half, during which they discussed their respective visions for a better internet and chose an overarching theme for their campaign.

Meeting at the facilities of Google in Brussels, the BIK Youth Panel worked under the supervision of Chris Pinchen, online privacy expert, Barbara Buchegger, Austrian Safer Internet Centre (SIC) representative, and the BIK Coordination Team. They started the day with discussions about the theme and format of their campaign, agreeing on critical thinking as the focus point and #MyDigitalSelfAndI as the key hashtag.

They then proposed several key messages for their campaign, eventually agreeing upon "It is normal not wanting to share everything; therefore, you shouldn't compare yourself to others", and formed two groups: one working on the content of the deep-dive session and the other working on creating a video to spread their message.

On the following day, the BIK Youth panellists participated in SIF and presented a deep-dive session consisting of six discussion tables on "How digital devices impact young people's lives", "Safety", "Copyright", "Fake news", "GDPR and children's rights" and "Creators". They also presented the video they had created, which you can watch below.

During the event, the BIK Youth Panel received great attention, with Mariya Gabriel, Commissioner for Digital Economy and Society, commending them for their hard work and commitment and telling them "Do not be afraid to speak up, talk about what you want, what you need, what you are afraid of." 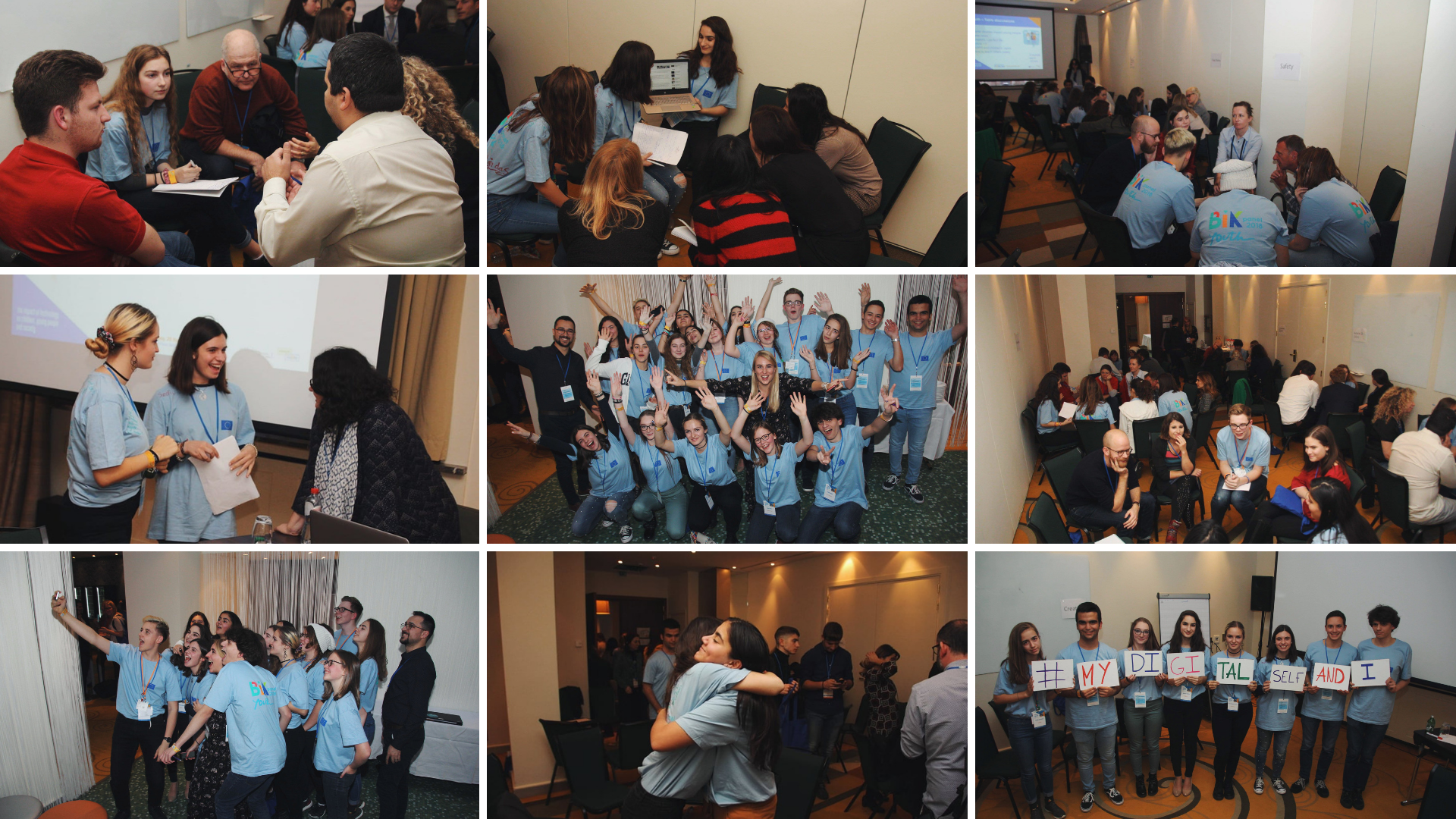 On Thursday, 3 and Friday, 4 October 2019, COFACE Families Europe and Vaestoliitto (the Family Federation of Finland) will host a conference for family professionals on the topic of "Shaping a healthy environment fit for children" in Helsinki, Finland.