ICANN63 in Barcelona – Insights from a BIK Youth Ambassador

Youth Ambassador João Pedro Martins tells us about his participation in the NextGen@ICANN programme and the ICANN annual meeting in October 2018.

"Internet Governance (IG) is a complex ecosystem where different institutions, individuals and stakeholders work together to keep the internet running, handling issues that range from the physical infrastructure, going through the different protocols, until the very content and interaction with end users. It was time for me to explore how the management of naming and address protocols is being done. Therefore, I applied – and was successfully accepted – to the NextGen@ICANN programme, which allowed me to attend this organisation's annual meeting in Barcelona, from Sunday, 21 to Thursday, 25 October 2018.

"ICANN, which stands for Internet Corporation for Assigned Names and Numbers, ‘is a not-for-profit public-benefit corporation with participants from all over the world dedicated to keeping the internet secure, stable and interoperable. It promotes competition and develops policy on the internet's unique identifiers. Through its coordination role of the internet's naming system, it does have an important impact on the expansion and evolution of the internet'. In simpler words, ICANN is responsible for what lets us use the internet in an easy way. When we are looking for someone or something online, it is at ICANN (more or less directly) that we ask for its address, and we get an updated answer even if that person or thing has moved somewhere else. If you have heard about Domain Name Service (DNS) and IPv4 or IPv6 (Internet Protocol version 4/6), that is exactly what is involved here.

"It was a long week, because one who does not know ICANN can only imagine how complicated it must be to maintain, manage and govern this small, yet vital, online service. If you add the fact that they do it in a multi-stakeholder, bottom-up approach, one can easily end up confused and overwhelmed by the new information (and acronyms, they love acronyms!). Thankfully, I survived, and I even started to understand what ICANN's role in internet governance is really like. 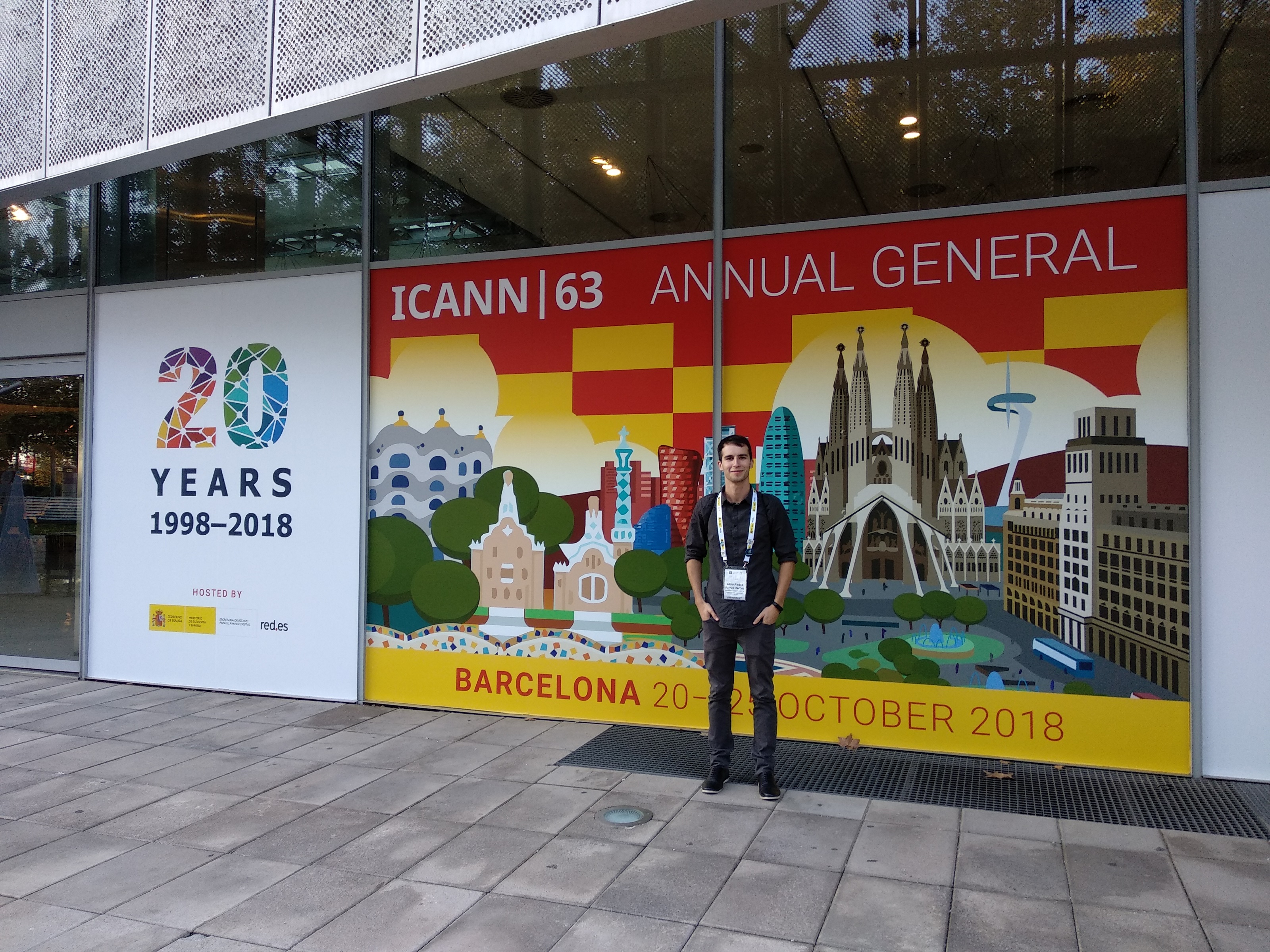 "As part of the NextGen@ICANN programme's engagement activities, each of the participants had the opportunity to present a topic to the ICANN community. I decided to talk about the ‘Multi-area experts of the internet world' as a potential digital role for the young people of tomorrow. Let us explore these concepts a little bit more.

"The definition of a multi-stakeholder approach is complex, but basically it stands for bringing different interested parts (which we call stakeholders) to the same table to discuss, find and implement solutions for a specific issue, making sure that each stakeholder has an equal say and involvement, and that they all reach consensus. This approach, which is general in the internet governance world, is used in different settings, within an institution (ICANN's example), or as a mechanism to link different institutions and individuals.

"You might want to ask: does it work? Can it fail? Well, we have to consider that there are different people from different backgrounds (governments, civil society, private sector, academia and so on), speaking different languages (there are national differences, but also differences between technical, legal, economic jargon), and who have different interests and perhaps solutions for the same issue. All these people are at the same table! This is usually why some argue about the effectiveness of the approach, but I do believe young people are the solution to bringing the stakeholders together.

"Why? Young people are digital natives, so they understand intrinsically the logics of technology. Young individuals who want to stand out as leaders already have to demonstrate expertise in different areas. These different areas lead to specific digital roles for the young people of tomorrow. One of these roles could be acting as a multi-area expert of the online world.

"How? By enhancing the current approach and considering more formal guidelines to the necessity of stakeholder bridges, by introducing the next generation of leaders to this new framework, and by preparing them accordingly. This preparation could be achieved through different initiatives, in relation to their current activities. Ultimately, this would mean more young people at the table.

"The practical example I gave was the Better Internet for Kids (BIK) project. BIK Youth Ambassadors learn about the digital challenges and issues that other young people go through and help to bring them to the discussion tables and to the attention of other stakeholders, while at the same time acting as peer mentors of best practices. I really think that these skills directly translate to the internet governance environment. I have a technical background with a high level of understanding of the internet infrastructure but, through the BIK project, I have developed the ability to translate that to a non-technical language and explain it to children and other internet stakeholders. In the end, this leads to an openness to explore and consider other perspectives, and this creates the proper conditions to improve the discussions and act as a multi-area expert and stakeholder bridge.

"To sum up, active and meaningful new participation is sometimes complicated in environments that do not react well to change. We can still observe those environments in the online world, but things are evolving so fast these days that we need to continuously improve our strategies to keep internet good and stable. Therefore, I finish with the same call for action that I included in my presentation, asking young leaders to accept the challenge of acting as stakeholder bridges and multi-area experts, and I dare the ones who are already at the discussion tables to embrace this positive change!"

For additional information, visit the ICANN website and the NextGen@ICANN website. You can also view João's NextGen presentation here. 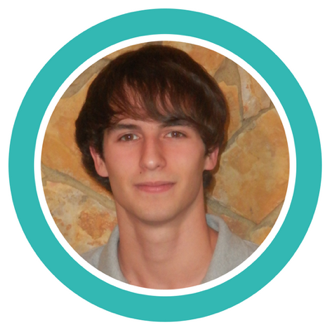 João is a 20-year-old Computer Engineering student at the University of Coimbra, Portugal. He has been a Youth Ambassador for six years.

Born in Portugal, he was one of the first members from outside Lisbon to join the youth panel of his national Safer Internet Centre (SIC). After attending a Safer Internet Forum (SIF) in Luxembourg in 2011 representing his country, he was invited to be a Youth Ambassador. Since then he has attended in Paris and Cachan, as well as the European Parliament for the launch of the WebWeWant handbook. He has also participated in two more editions of SIF. Throughout the years, he has had the opportunity to raise awareness among his peers, learn about online safety issues, and has met many interesting people from all around the world.

Young people's opinions are very important for João and he believes that they should be taken into account by both politicians and industry. That is why he is involved in projects connected to youth participation in debates and decision-making processes. More recently, he has worked alongside his national SIC to organise lectures in local schools and regional events, and has been involved in internet governance events, both at national (Incode2030 and Portuguese IGF – 2016/17) and international (Global IGF – Mexico 2016) levels.

BIK Youth Ambassador João Pedro Martins is a Portuguese Digital Leader. On Friday, 10 May 2019, he will present his youth panel to the fourth Portuguese Meeting of Media Education as a best practice case.

Running a cybersecurity workshop – Insights from a Youth Ambassador

Youth Ambassador João Pedro Martins tells us about his experience as a workshop facilitator at the Portuguese Multicert II Security Summer School.

The internet of tomorrow in today's discussions – reflections on EuroDIG

In this article, João Pedro Martins, a BIK Youth Ambassador from Portugal, reflects on his recent experience in attending EuroDIG, the annual event of the pan-European dialogue on internet governance.