The "biztonsagosinternet.hu" hotline in Hungary is operated by the International Children's Safety Services (ICSS). However, in recent months, the departure of the previous analyst made it hard for the hotline to keep functioning properly. The position has since then been filled by a recent psychology graduate, who will also take over some tasks within the remit of the awareness centre.

In the meantime, the Hungarian Safer Internet Centre (SIC) has been working towards establishing a stable collaboration with national law enforcement agencies (LEA). Thanks to this endeavour, ICSS can proudly announce that it signed a cooperation agreement with the Prosecutor Services of Hungary. ICSS organised an official ceremony and press conference where the collaboration agreement was signed by its President and the Prosecutor General. At the same time, this event gave significant visibility to the hotline in the national media.

The announcement is available on the Facebook page of the Hungarian Safer Internet Programme.

Several media reported on the agreement, including the official website of the Prosecutor Services, national TV channels, and Hungarian SIC Coordinator Zsuzsánna Kurkó also spoke about the hotline services and the agreement in TV shows (here and here). Although these are all in Hungarian, they illustrate the impact of this achievement.

This cooperation agreement aims to create a safer cyberspace for children and future generations, as well as to take more effective action in order to combat cyberthreats affecting children and young people. 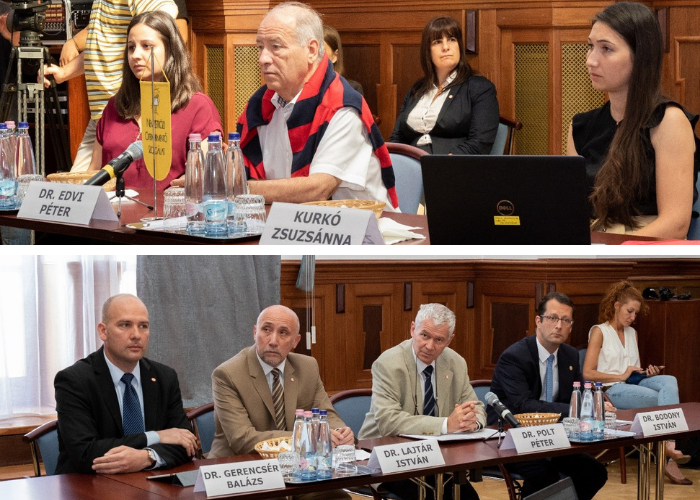 It states that special attention will be paid to combating child abuse and exploitation, creating a safe online space and maintaining an environment that contributes to the healthy development of children. The ICSS and the Prosecutor Services of Hungary also agreed on inviting each other to relevant lectures and conferences. Additionally, the parties will hold a meeting twice a year to evaluate these joint activities. One of the most important achievements in this document is that the Prosecutor Services of Hungary can be directly informed about the illegal content, in particular those related to crimes against and abuse of larger groups of minors.

ICSS is really hopeful about this collaboration. Given its formal and official nature, and the influence and impact the Prosecutor Services have, they believe that it will accelarate and simplify processes, such as investigating, identifying/tracing the victims or offenders, and bringing offenders to justice.

There is an additional benefit to this development. Currently, the hotline is working on establishing a cooperation agreement with the Hungarian National Police Headquarters (ORFK). The present agreement with the Prosecutor Services will definitely facilitate the implementation of this cooperation. The new hotline analyst has already had a meeting with a Detective Lieutenant from the Cybercrime Department of the National Bureau of Investigation, who is working in the Child Protection Subdivision. The meeting resulted in a very useful discussion about how they operate, which reports are relevant to them and how to refer these reports. It is clear that a collaboration already exists, which could pave the way for a formal agreement.

ICSS is proud about these important steps that were taken in order to define their collaboration with local and national LEAs, not just because they find these partnerships and mutual support crucial in this field, but also because this corresponds to INHOPE membership requirements.

In Hungary, the main Safer Internet Day (SID) event was held on Tuesday, 5 February 2019 at the National University of Public Service in Service of the Nation, in Budapest.

Activities of the Hungarian hotline on Safer Internet Day 2019

In Hungary, widespread online abuse where "content is made accessible without permission" spurred five Communication and Media Science BA students from the Corvinus University of Budapest to produce a film that was supported by National Media and Infocommunications Authority. Now, to mark Safer Internet Day 2019, it was promoted – with consent from the authors – as part of a mini-campaign on YouTube.