In 2017, the Dyżurnet.pl team (the hotline component of the Polish Safer Internet Centre (SIC)) analysed 13,962 reports. Of these, 2,459 have been classified as child sexual abuse material (CSAM) and 1,339 relate to the publication of illegal images of minors in a sexual context (child sexual exploitation material). These are the largest number of material reported so far. From the reports received, experts from Dyżurnet.pl confirmed CSAM in 2,184 cases.

Experts from Dyżurnet.pl, a team responding to illegal and harmful content on the internet at NASK, estimate that although many challenges appear with online trends, the most important thing is not to remain passive, but to actively report it. 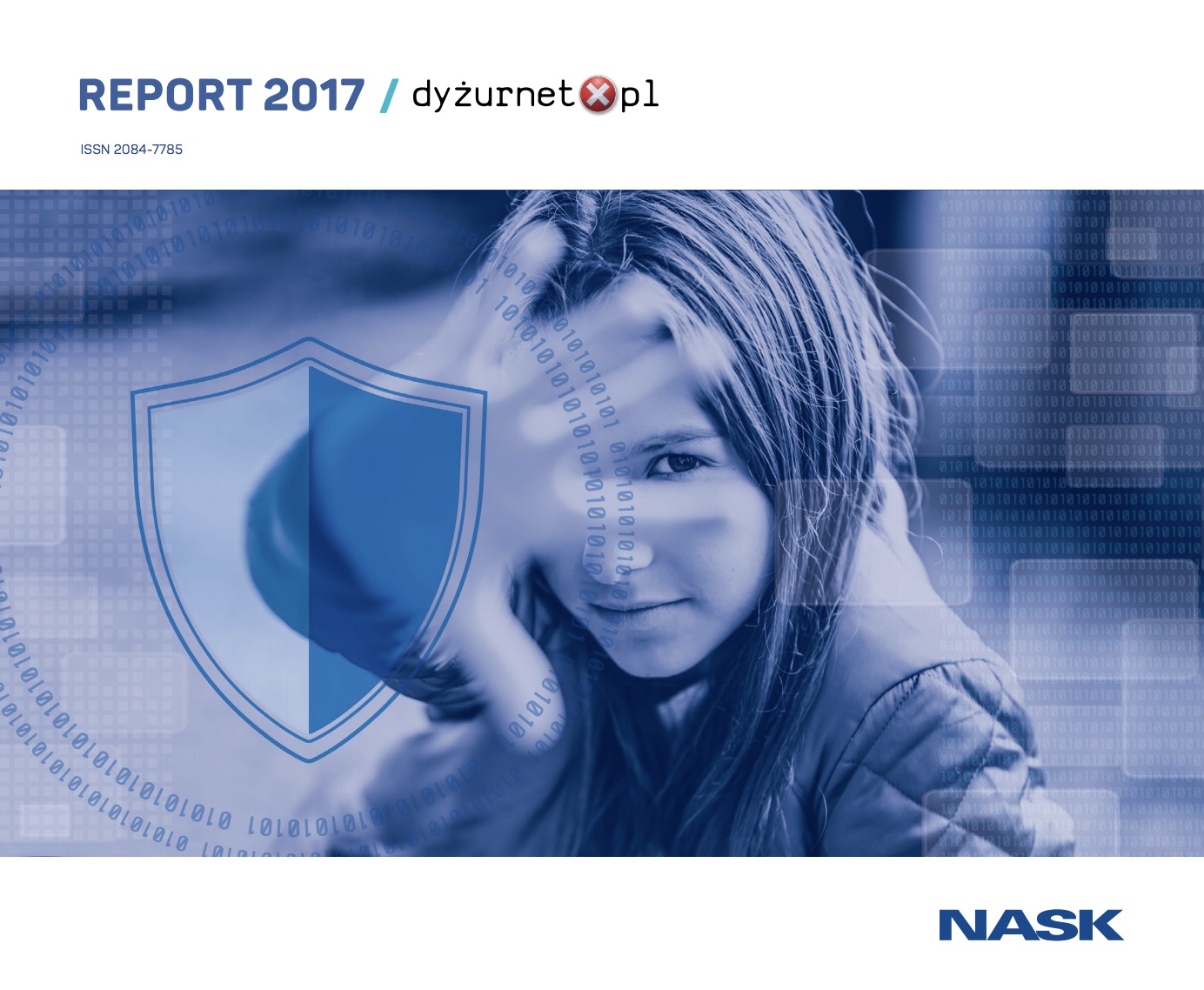 "For years NASK has been undertaking many initiatives that aim at building a safe internet. One of them is the activity of  Dyżurnet.pl, which is the only team in Poland to respond to anonymous reports from users about potentially illegal material, such as child sexual abuse material" says Wojciech Kamieniecki Ph.D., Director of NASK. "Experience shows that pictures and videos containing child abuse motivate everyone to take action – internet users, care givers, educators, administrators, representatives of law enforcement agencies and the judiciary. The engagement of such a large number of people and institutions contributes to the protection of children and young people", emphasises the NASK Director.
Internet users are aware that the dissemination of such material is inappropriate and should be prevented. In 2017, reports from the public accounted for 83 per cent of the total reports received. The team always takes action to remove illegal content from the internet and notify law enforcement agencies or associated teams in other countries. The information about the most severe content is sent directly to ICSE (the International Child Sexual Exploitation database hosted at INTERPOL), enabling action to be taken not only against distribution but also to identify both victims and perpetrators.
The Dyżurnet.pl team is the only team in Poland that uses and transmits information through ICCAM (INHOPE's technology platform for supporting hotlines in their reporting and referral roles, including categorisation and hashing of content). In 2017, the Dyżurnet.pl experts submitted 2,180 reports that contained illegal material. These URLs contained 6,068 photos and videos that were classified as child sexual abuse content.
"It is worthwhile to choose a way of reacting to unwanted and undesirable content. Quoting and discussing such material often promotes and encourages internet users to search for and spread violent behaviour. Furthermore, the thoughtless forwarding of unchecked information and warnings against threats often causes negative effects. It is worth noting that information should be verified and one should implement a cautious approach," reminds Martyna Różycka.
Read the Dyżurnet.pl 2017 annual report here.
Find out more about the work of the Polish Safer Internet Centre (SIC), including its awareness raising, helpline, hotline and youth participation services. See also the INHOPE website or visit the Dyżurnet.pl website direct.

On 5 May 2018, the Italian National Day against Pedophilia and Child Pornography*, SOS Il Telefono Azzurro Onlus (one of two internet hotlines operating in the country, and member of INHOPE, the international association of internet hotlines) organised a conference titled "Sexual abuse and pedophilia: Knowing the phenomenon to break the silence". Discussions focused on the importance of multi-disciplinary and multi-level collaboration between different players.