On Tuesday, 11 February 2020, Iran celebrated Safer Internet Day (SID) for the third consecutive time, thanks to the commitment of Anarestan (Amin Strategic Management Development Co.). The event saw the participation of Mr. Mahdi Sheikh, Member of the Cultural Committee of the Islamic Consultative Assembly.

As the official representative of SID in Iran, Anarestan hosted the first international Safer Internet Day back in 2018 in the Nima Youshij primary school, with the presence of students and teachers. In 2019, the ceremony was held for the teenagers of the Papeli Khalatbari high school, with the aim of informing them about media literacy and promoting the proper use of the internet. In 2020, Anarestan celebrated SID with fifth and sixth grade students at Tehran Book Garden, where they were informed about the need to learn how to use the internet properly. The event consisted of three parts. 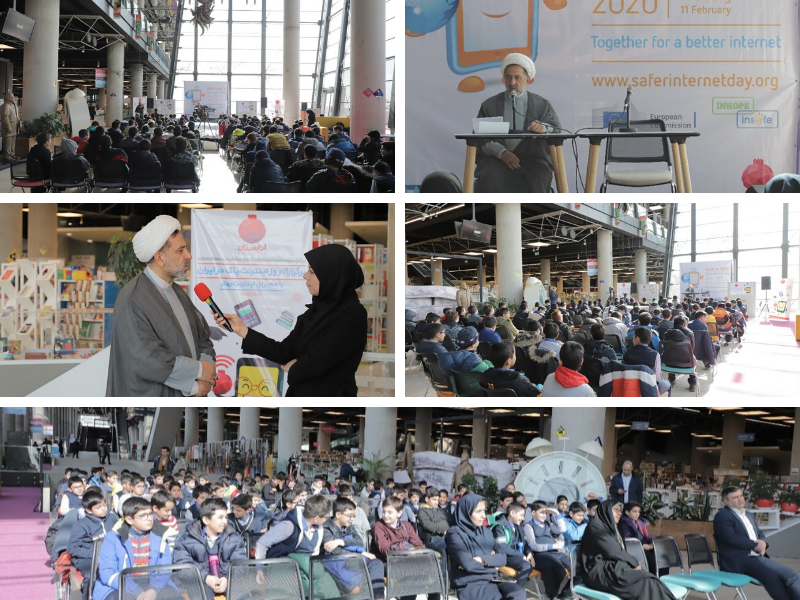 During the event, Mr. Mahdi Sheikh pointed out the benefits offered by the internet. The internet has educational and entertainment functions for children, and for this reason, internet classes are widely available in the country, including in deprived areas. Nowadays, the internet is bringing new opportunities in terms of innovation to all fields; for example, to perform the most delicate surgery in hospitals. If the internet is disrupted, many basic things like lighting, heating, public transport, and so on, will be disrupted, because the system of managing and controlling them is enabled by digital technologies.

Referring to the positive and negative functions of all human tools, including the internet, he pointed out: "Like every other tool, the internet has dangers and threats. There are all sorts of crimes on the internet today, especially as criminals easily hide their identities and gender, but we should not be deprived of its capabilities and facilities under the pretext of complications and dangers. Removing the internet from our lives is neither possible nor desirable. We need to learn the proper way to use the internet, and that means making the internet safe."

Part of this is done with the help of hardware and software technology, Kids SIMs and child-friendly internet ecosystems, but the most important aspect in this area is the awareness of parents and educators, because they can define how their children or pupils access the internet.

Safer Internet Day 2020 in France – Launch of the FamiNum app