On Tuesday, 11 February 2020, at the National Education Institute in Phnom Penh, Cambodia, APLE Cambodia, in collaboration with the National Committee for Counter Trafficking and the Ministry of Education, Youth and Sport, held the event "Together for a better internet" in order to promote the safe use of digital technology, especially among children and young people.

The event was held with the support of ECPAT Sweden and was part of the global Safer Internet Day (SID) campaign, promoted by the INHOPE network and supported by the European Commission. 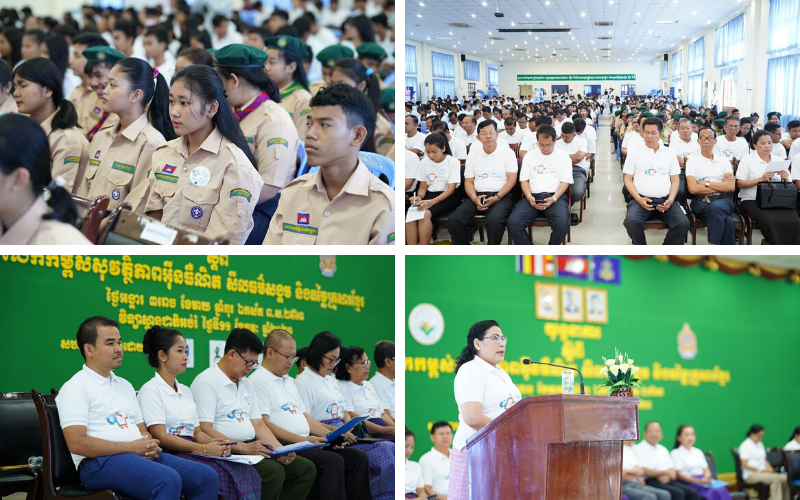 Seila Samleang, APLE's Executive Director, welcomed close to 600 attendants from public and private schools in Phnom Penh, government officials, youth and various NGO staff members, and briefly explained the background of the event: "Safer Internet Day was initially celebrated in only 14 countries within the European Union and Australia back in 2004. In 2019, over 150 countries joined the global campaign". Seila Samleang thanked the attendants and the government officials for their demonstrated commitment and called upon all stakeholders to join forces to protect children online. 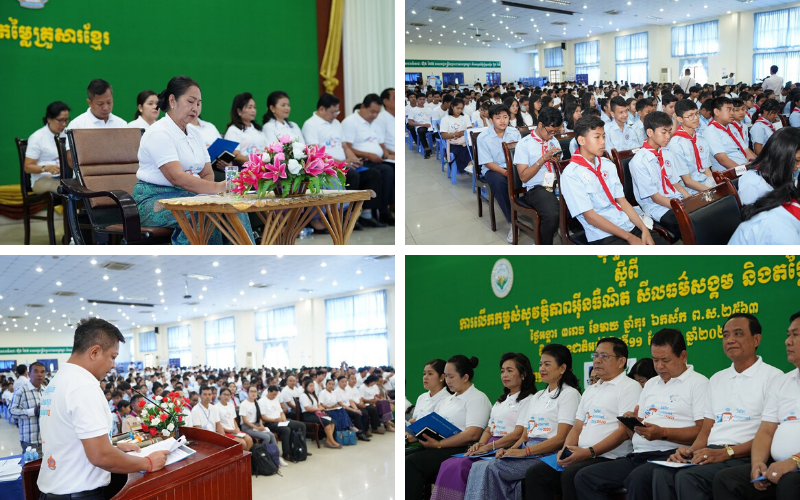 Her Excellency Chou Bun Eng, State Secretary of the Ministry of Interior and Permanent Vice Chairperson of the National Committee for Counter Trafficking, talked to attendants about online safety and encouraged a safe use of the internet. Sithorn Chumno and Som Vichyini, child representatives, spoke about the importance of being good citizens and of using the internet the right way: to share information and learn, while being responsible and cautious of potentially harmful individuals that hide behind screens.

The participants enjoyed an entire morning of learning how to keep themselves safe online, by playing games, painting their faces, taking pictures and uploading them to their social media using the hashtag #SID2020.

In the midst of adversity, Action Pour Les Enfants (APLE) Cambodia is committed to overcome and adapt in order to stay focused on its most important goal: protecting children from online and offline sexual abuse and exploitation.

Rwanda celebrated Safer Internet Day for the first time in 2020

In Rwanda, the first annual edition of Safer Internet Day (SID) took place on Tuesday, 11 February 2020, at G.S NYIRARUKOBWA, a public school located in Bugesera District, Eastern Province, with a campaign slogan of "Together for a better internet".