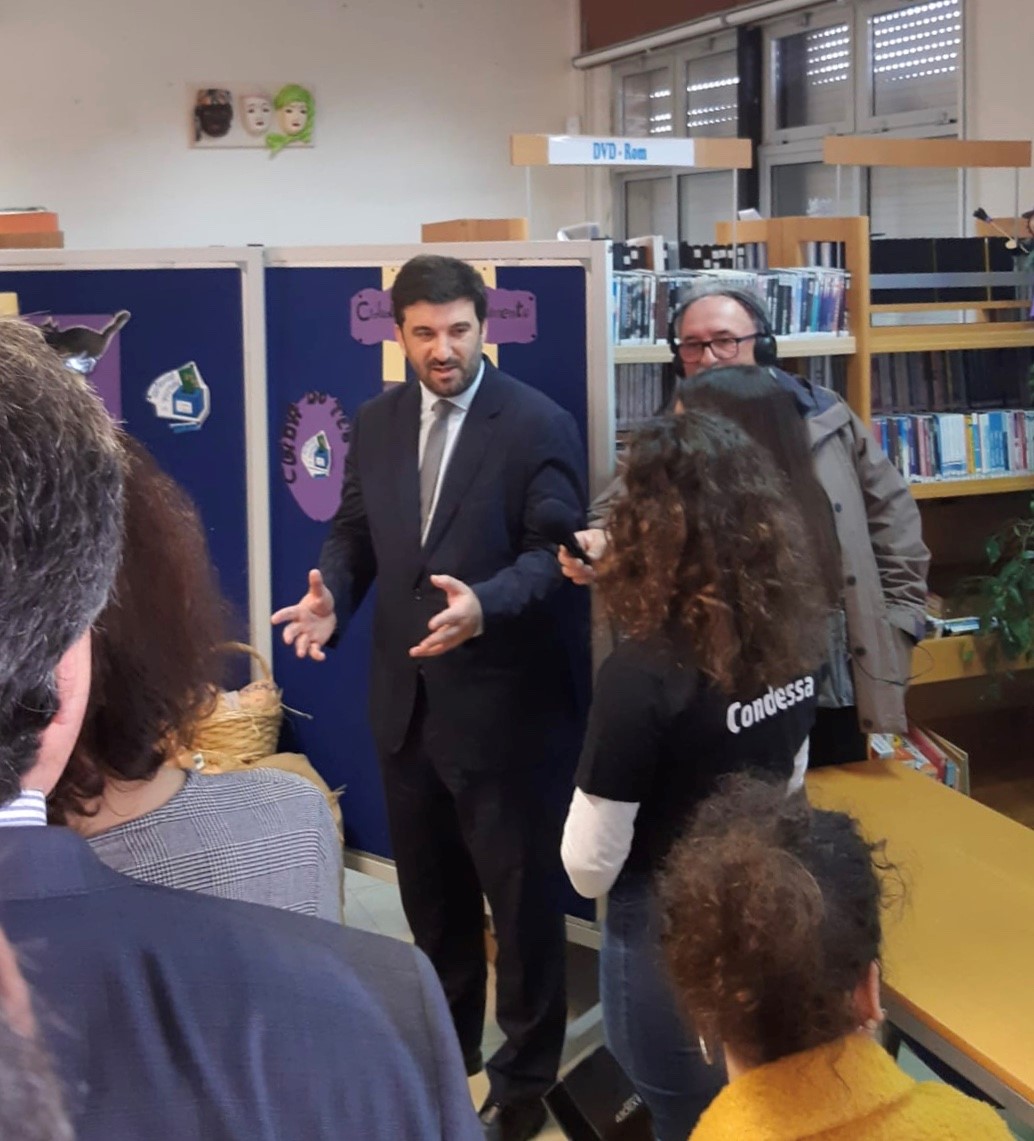 Minister of Education Tiago Brandão Rodrigues, and Minister for State, Economy and Digital Transition Pedro Siza Vieira, both attended the meeting, where they had the opportunity to discover several digital citizenship projects developed by this educational community of Torres Novas.

The two ministers also attended awareness sessions conducted by students (Portuguese Digital Leaders). According to one of the pupils from the fourth grade of elementary school, "what we know is that there are millions of people on the internet; some of them are bad and others are good and we must protect ourselves from the bad ones".

The students talked about their involvement in actions contributing to the prevention and reduction of cyberbullying situations, aimed at their peers, but also at families more broadly. Additionally, the parents' association also organised activities, in collaboration with the practical police school and the public security police.

In Portugal, 400 school clusters (out of a total of 801) have already registered their activities on the webpage "Safer Internet Day 2020 in Schools" operated by the Portuguese SIC's awareness centre.

Safer Internet Day in Ukraine – Focus on the local level

The Ukrainian state, together with non-governmental organisations, businesses, educational institutions, media and libraries, recently took part in the traditional annual Safer Internet Day (SID) celebrations, along with over 170 countries across the world.

Safer Internet Day 2020 in France – Launch of the FamiNum app

On Tuesday, 11 February 2020, Europol marked Safer Internet Day by organising its third European Youth Day, for which 150 students were invited to the organisation's headquarters.

In Ireland, the 2020 edition of Safer Internet Day (SID) has attracted more participants than ever before. Over 170,000 people have signed up to the Safer Internet Day in Ireland Event Map, highlighting what they are doing to celebrate the big day.

The National Plan for Preventing and Combating Bullying and Cyberbullying was launched in October 2019 by the Portuguese Ministry of Education. Entitled "A School Without Bullying. A School Without Violence", this plan aims to provide educational communities with a series of instruments that may help them prevent and combat efficiently these forms of violence, especially among the youngest.