Karl Hopwood welcomed the speakers the chair to the final plenary session of the day. Lili Leißer, Youth Coordinator at the Austrian Safer Internet Centre and BIK Youth Ambassador, chaired the session, introduced all three speakers, who then took to the stage to share their stories. 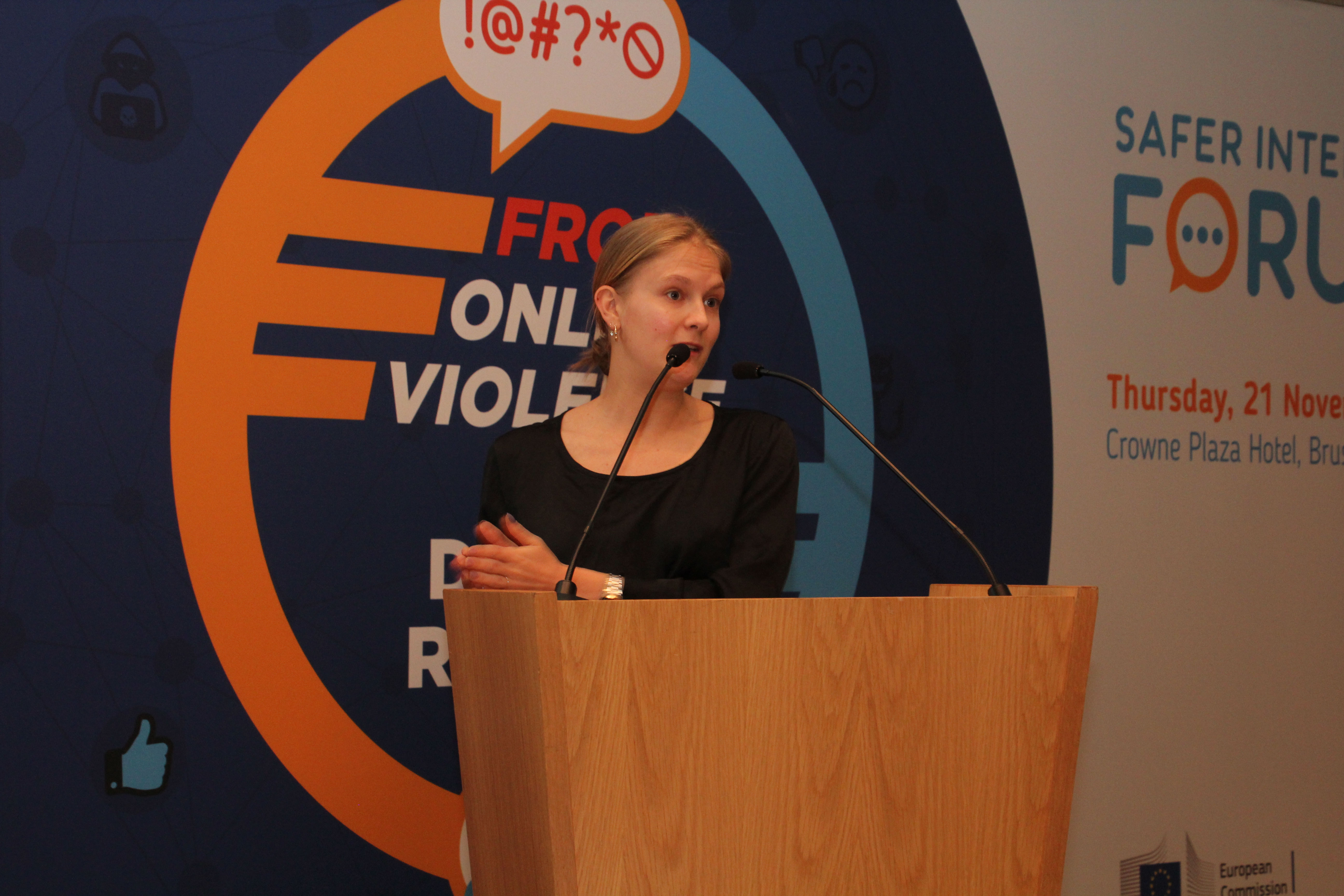 Emma Holten is a human rights activist whose personal data – including phone number and pictures – were stolen and posted with an inducement of violence towards her. She then started speaking out and experienced victim blaming.

She reflected on the fact that online harassment is often framed as a reaction to something someone else has done, but we need to look at it as an action. Victim blaming happens because people seem to frame people as "normal" or as "exceptional", and the latter are isolated from a structure of justice. A person writing sexist comments under videos is not a reaction to the video, but an action based upon that person's sexism. That person was a problem for society long before they are committing an act in itself. Sexism is not a mistake; it serves a purpose, it is meant to silence women online. We need an analysis of power structures in society.

Online violence is not an individual act in a vacuum, it is part of a societal structure, it is about exclusion. Many marginalised groups seem to have accepted that they need to do the emotional labour of being able to go about their day – but this should not be considered normal. A member of the audience echoed this remark by saying that society at large needs to tackle this more, especially because some public figures legitimise it. We need to understand which purpose it serves – mobilising specific sentiment among the public, leading attention away from other issues. We should not focus so much on whether someone is a racist or misogynist, but on the analysis of what their actions are doing and the intention for their public performance of sexist or racist comments. 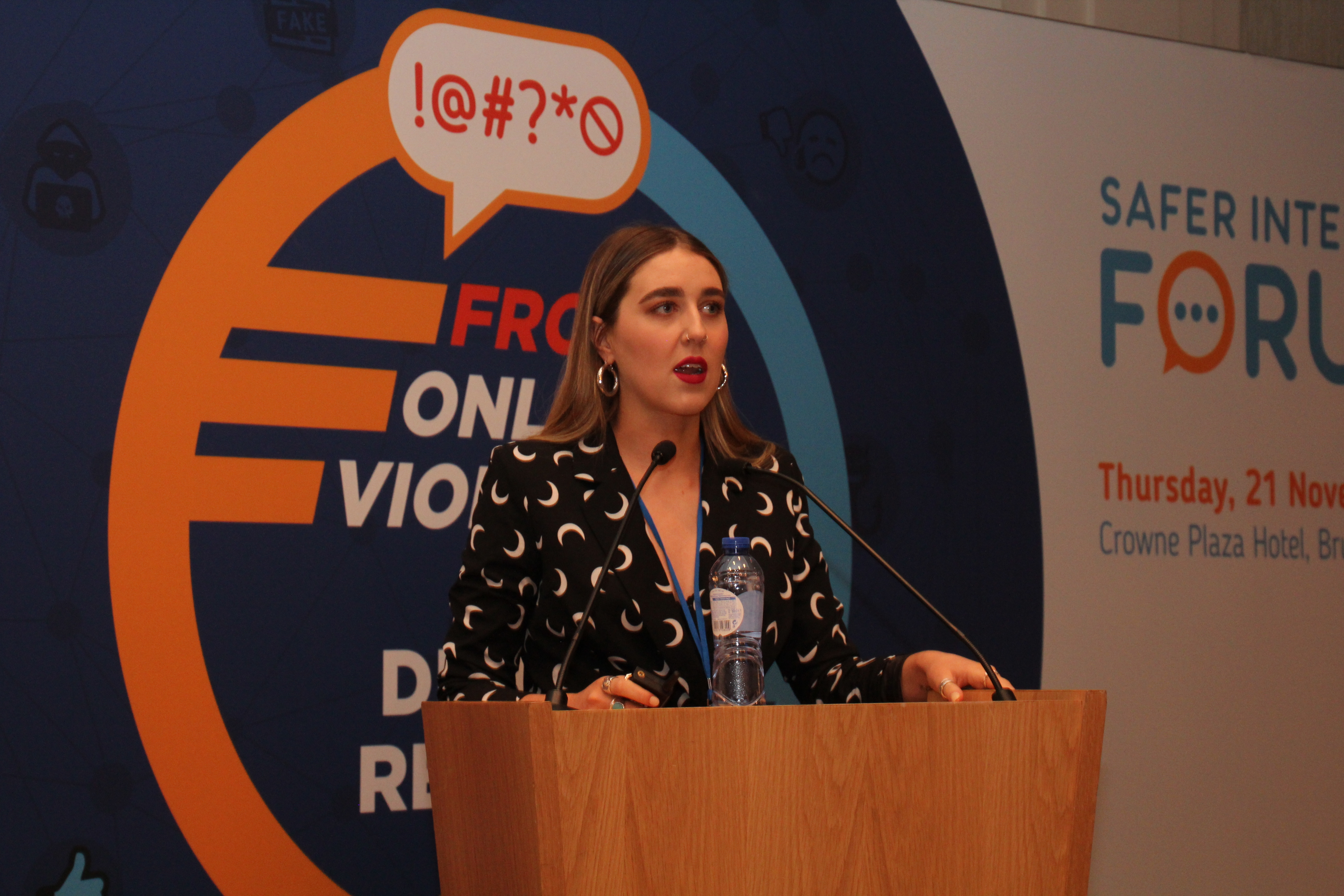 Gina Martin, author and activist is known for her online campaign against upskirting, the outcome of which was to make this practice illegal in the UK. She was attending a festival with her sister in July 2017, when a man took a picture up her skirt. Upon contacting the police, she was told that "nothing could be done". She then found out that upskirting was not illegal in the UK, although it had been in Scotland for a decade. Since there was no legal way to tackle the issue in the UK, Gina Martin started a social media campaign.

With her social media reach and a petition, she went to television stations and other media. While this was frustrating at times, it placed the problem of upskirting in the spotlight, with many people coming forward to admit that it had happened to them too – including children. The story gathered pace and gained a lot of media echo. 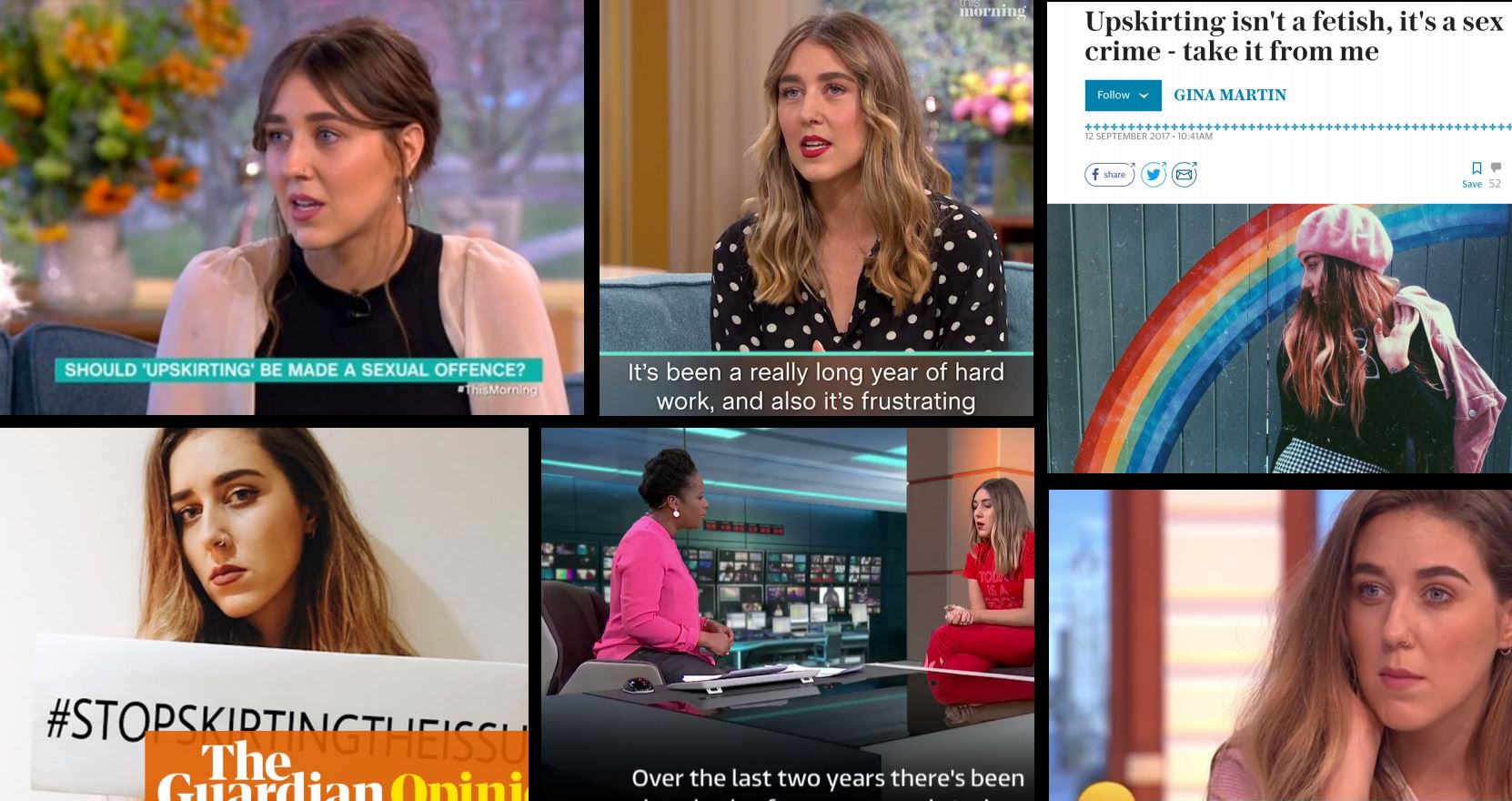 Gina Martin then briefly explained how she went about making upskirting illegal. She built allegiances inside the UK Parliament to build support, then went to legal authorities up and down the UK to raise awareness, before finally bringing the bill to Parliament.
She insisted on the fact that social media does have different sides. For her, changing the law was possible thanks to social media. However, there was no protection against online harassment on the social media platforms, and she was targeted by many attacks. She then shared a few tips on how to get started with using social media for activism, suggesting to:

A member of the audience asked Gina Martin who or what helped her keep going when things became difficult. She replied that she kept going because she was convinced of the relevance of the cause, thanks to the support she was getting on social media and thanks to her friends and family. Another participant asked whether the law had an impact since it came into effect in April 2019. Gina Martin replied that reporting of upskirting has increased significantly in the UK, and there have been five prosecuted cases since it became law. 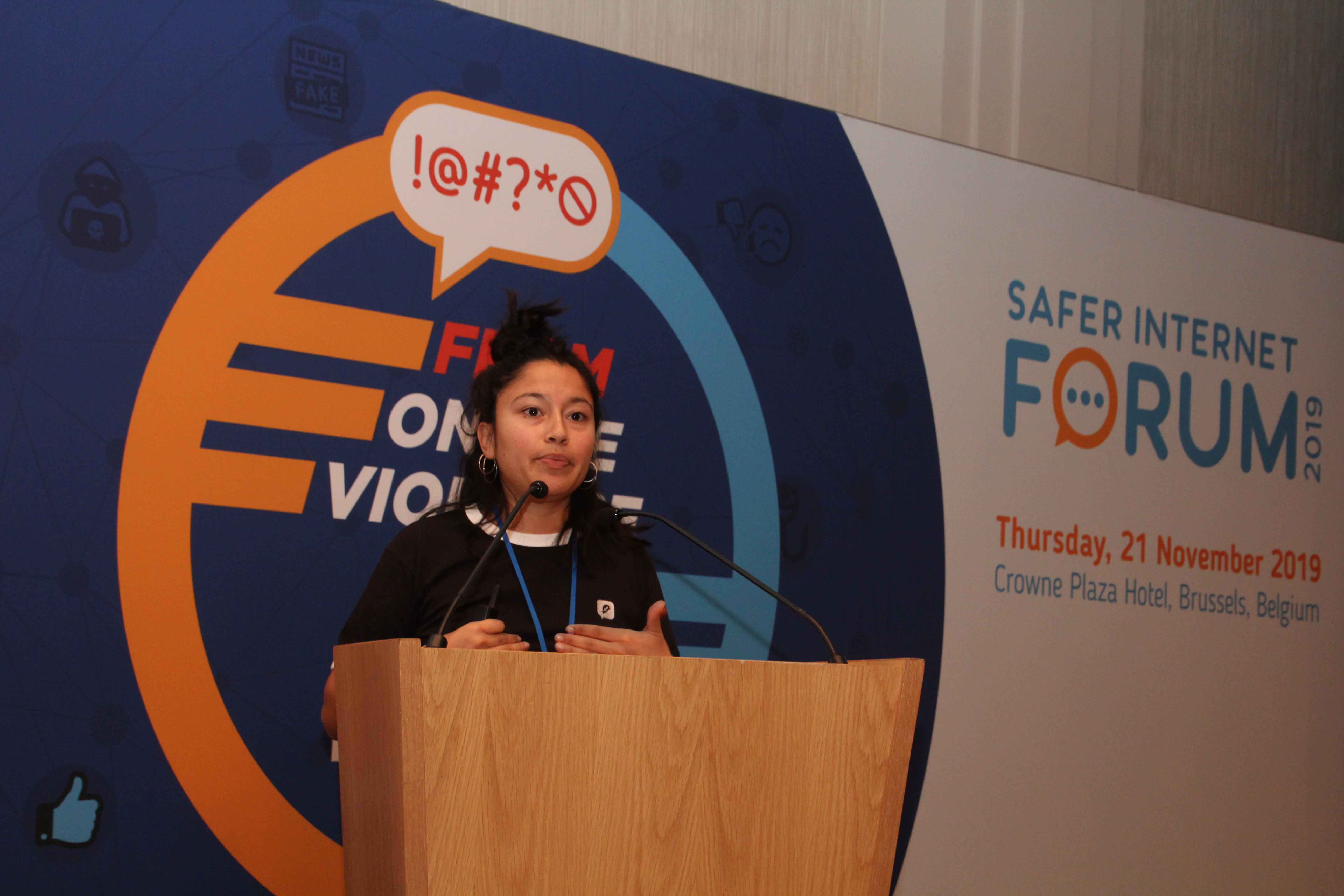 Finally, Sara Sjölander, Project Manager of the Girl Child Platform, a network of girls rights organisations, took to the stage. She previously coordinated and developed the digital platform Näthatshjälpen (the Cyber Hate Assistant) for the Swedish equality foundation Make Equal.

She began by sharing how cyber hate is defined in the framework of these projects, which she defined as an umbrella concept. She also wanted to address individual experiences with online hate, not just considering the legal aspect, because some things are illegal, but some are legal yet still hurtful and with negative consequences for the victim. We all play a part in creating our online culture – as such, the focus solely on young people is too narrow; it is important to also educate adults, as she claimed most people crossing boundaries online are in their fifties or sixties. For NGOs, there are external threats but also internal vulnerabilities.

She adopts an intersectional approach, defining intersectionality as "a lens through which you can see where power comes and collides, where it interlocks and intersects". It is important because it is both an analysis and a tool.

Sara Sjölander then described the Cyber Hate Assistant, which provides guides, tips, facts, tools, information on where to get further assistance, and a form to report to the police. She especially highlighted the Code of Conduct to refer to in cases of cyber hate; a guide on gathering digital evidence of cyber hate, a guide on developing a plan for distribution of responsibility in situations of cyber hate, and some facts about sexual harassment and sexual abuse.

A member of the audience asked Sara Sjölander how her organisation reaches parents and adults. She replied that it is problematic that funding organisations do not see this as an intergenerational issue. Some initiatives might target the elderly, but the cohorts in between are often left out.

Lili thanked the panellists and closed the session.