On Thursday, 21 November 2019, the Safer Internet Forum (SIF) took place in Brussels, Belgium. With a theme of "From online violence to digital respect", it also celebrated 20 years of safer/better internet funding by the European Commission. Below, read the summary of the INHOPE@20 deep dive session on the impact of a global network in combatting online child sexual abuse material (CSAM), led by Denton Howard, Executive Director of INHOPE and Fred Langford, President of INHOPE.

INHOPE and its extensive network of member hotlines work to eliminate online child sexual abuse material (CSAM). It is critical to the work of the hotlines that members of the public who stumble upon illegal content report it and not ignore it. The consequence of not reporting illegal content are numerous and impact victims: CSAM remains on the internet and is not taken down. This means that every time that this material is viewed by anyone anywhere in the world, the victim depicted is re-victimised. Indeed survivors of recorded child sexual abuse say that knowing it is online for anyone to see continues to impact their lives for many years after the abuse has stopped. The significance of reporting illegal content is vital in helping survivors of child sexual abuse reducing the repeated trauma they could suffer, as well as keeping the internet safe for all legitimate users. INHOPE marked 20 years as the leading global organisation that fights child sexual abuse material (CSAM) this year with a special deep dive session, INHOPE@20, at the Safer Internet Forum.

INHOPE@20 was an opportunity for current member hotlines, founding member hotline colleagues, policy makers, law enforcement and child safety advocates to come together to talk about where we have come from, where we are today and where the network is going. With 45 member hotlines in 40 countries working together to eliminate online CSAM, victims know that there are people and organisations fighting for them to no longer live in fear of images of their abuse being found and viewed. 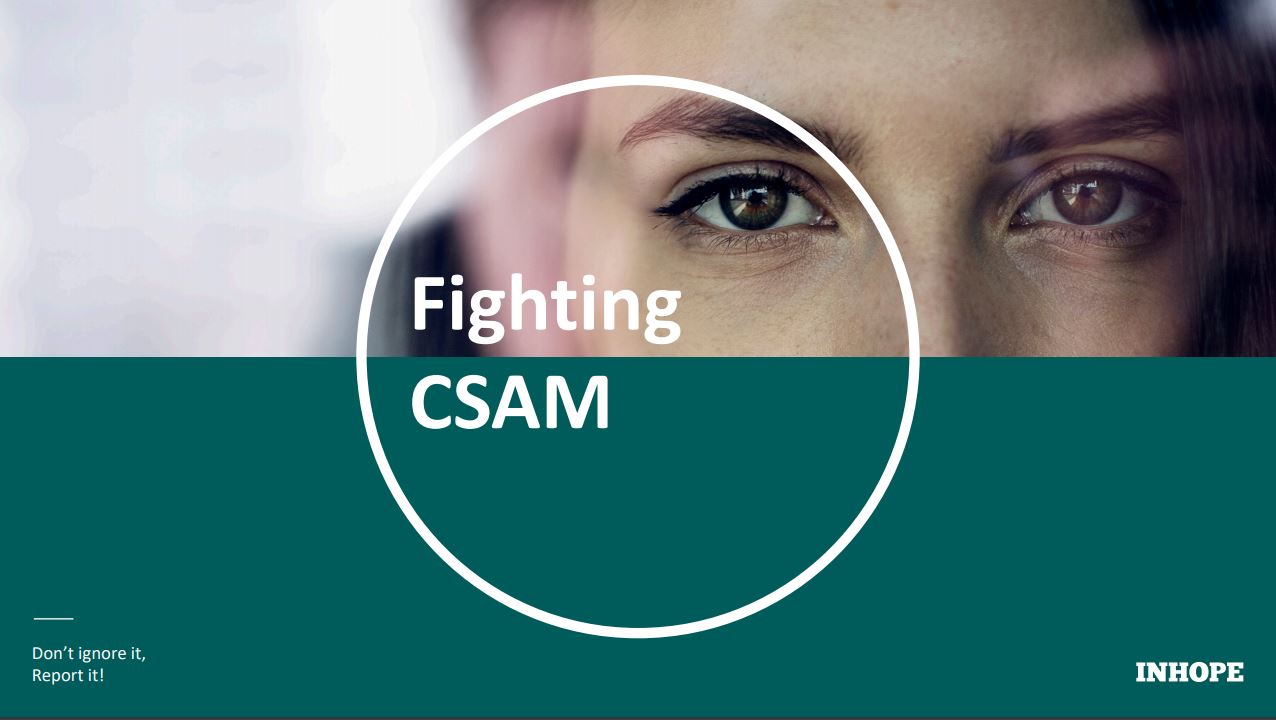 INHOPE@20 provided an opportunity for INHOPE to share its rebranded website and communications, which represent the INHOPE network of hotlines standing for one vision and being stronger together.

Panel 1 – INHOPE yesterday, today and tomorrow: How did we get here? A contribution from our founding and long-standing members

John Carr opened this panel by discussing recent New York Times articles highlighting the lack of action from technology companies in fighting CSAM online. The panellists then shared their thoughts, with the discussion highlighting the following points:

Panel 2 – What the INHOPE network of hotlines has achieved and why we support them: A contribution from some of our stakeholders

Michael Busch reflected on INHOPE@20 and highlighted that the first decade was a time when the foundation of the network was being built. The second decade looked to, firstly establish an unprecedented and unique cooperation and trust between INHOPE members, civil society, and police, and secondly the concretisation of the INHOPE network to cover all of the member states. The European Commission is proud to have funded the fight against CSAM through funding INHOPE's work today, and from the very beginning.

Jean-Charles Schweitzer talked about the relationship between INHOPE and Europol, discussing how the two organisations work together on capacity building, training, awareness, exchange of expertise and knowledge. This collaboration aims to further and always advance the fight against CSAM through better detection and investigation. Jean-Charles Schweitzer also talked about how INHOPE can improve its systems to help provide the police with actionable intelligence.

Antonio Labrador Jimenez, Team Leader Fight Against Child Sexual Abuse in Unit D4 Cybercrime at DG HOME, talked about the key role of hotlines in the Directive on combating sexual abuse of children, and how it has changed the European landscape. An example was given that, the day prior to this meeting, President Emmanuel Macron had given a speech about measures to be taken in France concerning online child protection. This is a direct result of the EC's work and the infringement procedures the Directive sets out. In terms of impact, Antonio also touched upon the other ways in which the EU helps its 500 million citizens, who benefit from decisions made and implemented as Directives, driving forward democratic resolutions made and negotiated by elected officials. Indeed, there will also need to be a review of the e-Commerce Directive under the new European Commission, which took office on Sunday, 1 December 2019.

Discover how INHOPE supports its global network of hotlines, provides a technological infrastructure, and advocates for change. Join the INHOPE Summit 2020, taking place online on Tuesday, 22 and Wednesday, 23 September 2020.

2019 has been a year of growth in both size and strength for the INHOPE network, which saw the amount of child sexual abuse material (CSAM) processed by hotlines nearly double from 2017 to 2019.

Child sexual abuse is a growing threat, both online and offline. To counter this phenomenon, the European Commission (EC) adopted an EU strategy for a more effective fight against child sexual abuse on Friday, 24 August 2020.

INHOPE #reportit – Where your reports go

When you report something to a hotline in your country you may wonder what impact this has. In the majority of cases, the INHOPE member hotlines work both indirectly and directly with law enforcement officials and internet service providers. This means that when you report content you believe to contain child sexual abuse material (CSAM) to your local hotline, this information will be passed to the police who do have the power to investigate the crime that is being committed. In some instances, the hotline can even report the content to the internet service provider and have the content removed directly from the internet.

INHOPE #reportit – Speak for those who cannot

Often when we see images online, we forget about the person behind the image. And that is fine when it is your friends' Instagram story of them on holiday, yet again. But when it is someone being sexually exploited or abused, forgetting about the person behind the image is dangerous. 2.2 billion people globally are under the age of 18, making them society's biggest group, and the most vulnerable to online harm.