"A world without fear" – Cyberbullying awareness campaign in Romania

Studies conducted by Save the Children Romania show that one in two Romanian children aged 12-17 report having faced cyberbullying online.

Cyberbullying is an intentionally aggressive behaviour meant to cause discomfort or pain, which involves an imbalance of power and strength between the aggressor and the victim and manifests itself repetitively, regularly, through technological devices.

Unlike classic bullying situations, in which the behaviour stops at a certain point and the humiliating or aggressive situation ends, online harassment is larger and does not have a fixed end. This phenomenon can cause feelings of loneliness, fear, sadness, sometimes even despair, having a significant emotional, social and cognitive impact on all the children involved, whether they are the victims, the bullies or the witnesses.

In order to prevent and combat these detrimental effects, Save the Children Romania launched the campaign "A world without fear", through its Safer Internet Centre (SIC). Alina Eremia, Irina Rimes, Mimi, Deliric and Alex Dărăgiu (also known as Alpaca Legion) are famous singers, vloggers and artists who joined this initiative. Each of them has chosen to share their experiences with cyberbullying and to encourage children to seek the help of specialists. 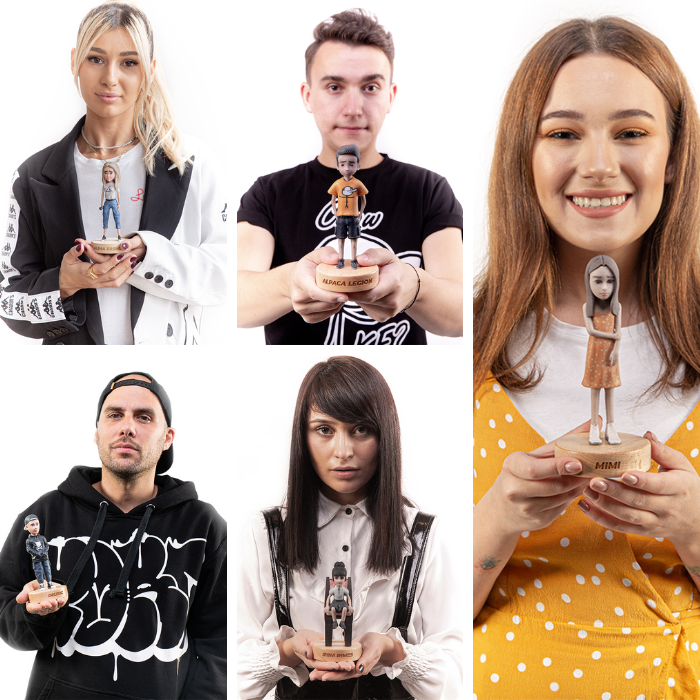 For each of the influencers involved in the campaign, a figurine was created that portrays them when they were children, and at the same time represents a symbol for those who go through cyberbullying situations. The figurines gather good words, encouragements and stories so that those who have faced such situations can take the courage to ask for help.

The Romanian SIC hopes that "A world without fear" can achieve a safe space, where children who have experienced or witnessed cyberbullying share their experiences, seek help and encourage others who go through it. Together, we can build a world in which children can express themselves freely, without fear of being criticised or judged for the way they look, the things they say or the way they think.

The campaign was conducted primarily online, using social platforms and communities of endorsers. Those who send messages will have the chance, at the end of the campaign, to receive one of the five limited edition figurines from the "Fearless" collection.

In just two weeks after the launch, hundreds of messages were received on the page created specifically to gather encouragements. However, the ctrl_AJUTOR counselling line has also received dozens of calls. Here are just a few:

The Romanian SIC invites all children and teenagers to access the website www.farafrica.ro where they can leave encouraging messages or ask for advice or help at the ctrl_AJUTOR counselling line. They also encourage parents to contact them if they want to be informed or if they feel that their child is going through a difficult situation online.

"Childhood in the digital age: Excessive time behind the screens" conference in Romania

According to the latest study conducted by Save the Children Romania for the Romanian Safer Internet Centre, 31 per cent of Romanian children spent less time with their family, friends or doing things for school in order to stay on the internet, and 28 per cent of children say they tried, without succeeding, to spend less time on the internet.

Study on children's internet use in Romania

Children and adolescents' internet use has both opportunities and risks. Specialists from Romanian Safer Internet Centre (SIC) Save the Children Romania have therefore set out to explore the impact of the use of the internet on children's emotional well-being.