A parent and carer's Guide to "Harry Potter: Wizards Unite"

Three years after Pokémon Go was released, the game's creators have released a new game set in the magical world of Harry Potter. The UK Safer Internet Centre (SIC) share their advice on how to ensure children use it safely.

"Harry Potter: Wizards Unite" is a brand new and free to play game that was released in late June, and which has already become very popular. The game revolves around using your real location to place you on a map within the game, and to move around the map you need to walk around in the offline world. Below are a number of things which parents and carers should know about.

As this game is new, there are still updates and new features that will continue to become available as time goes on. The UK SIC wrote this after testing the game out, and will be reviewing it periodically.

What is "Harry Potter: Wizards Unite"?

The premise of the game is that "The Calamity" (the game's name for a magical enemy) has attacked the world of Harry Potter, sending magical items across the world which now run the risk of being found by the non-magical community.

Players use their phone to cast spells to free these items or characters and send them back to the magical world where they belong. To do this, players walk around their local area, and when they see a magical item on their phone screen, they can click on it and cast a spell by tracing a pattern shown on the screen. This allows players to gain points and rewards to help them progress through the game.

As we know, Harry Potter has played a huge role in many young people's lives, and it is no wonder that this game has proven to be popular. With its interactive nature and provision of chances to explore offline, it is understandable why Wizards Unite is being played across the United Kingdom and beyond.

Who is this game suitable for? 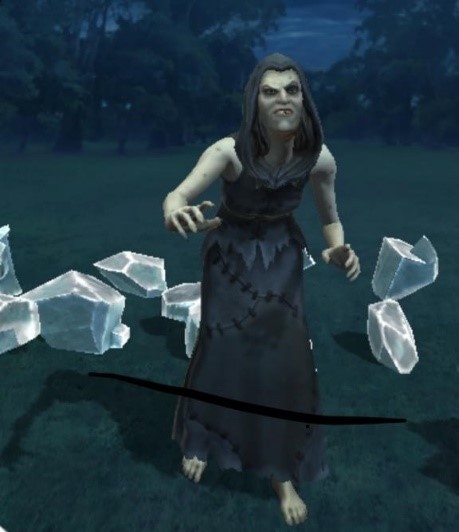 The game is rated as PEGI 7 due to some "mild violence". The skills needed to complete tasks within the game can be complex and the reading age needed to understand and follow the in-game instructions seems to be ten and above. In the game, players have to battle against some magical creatures and objects. Some of these characters could be scary for younger users, including hags and vampires.

Saving Hogwarts – A guide to the Wizards Unite game

Austrian Safer Internet Centre (SIC) Saferinternet.at has tested the newly released Wizards Unite smartphone game and shares some advice with parents on how to best support their child in using this game safely.

Safer Internet Day 2019 in the UK: "Our internet, our choice"

The most widely acknowledged concern among parents is exposure of their children to online pornography according to recent research. A collaborative study was conducted with the University of Plymouth by South West Grid for Learning, as part of its work within the UK Safer Internet Centre.