Childnet, a partner in the UK Safer Internet Centre (SIC), has completed the 2019 Childnet Film Competition, which is delivered as part of their work for the UK SIC.

This year saw ten years of the Childnet Film Competition, where once again young people were provided a platform to share their thoughts and opinions about their digital world and create important educational films for their peers. The variety of submissions from a wide range of young people differing in age, region, ability and background demonstrates the inclusive and accessible nature of the project. As one of our winning school commented: "A once in a lifetime experience. We serve a disadvantaged catchment area and this process has been so beneficial for the children involved and their sense of achievement and self-confidence. We have seen them grow through the process". 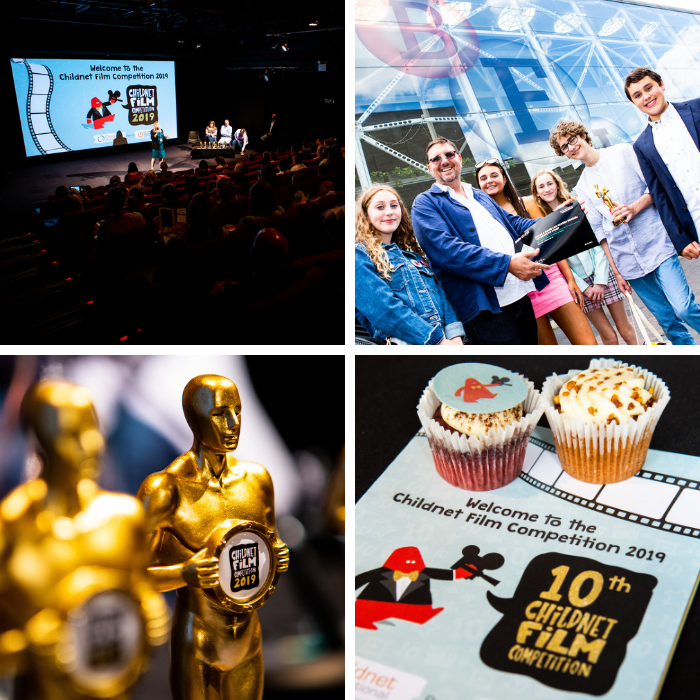 The promotion of the competition started early in order to allow educators enough time to factor the project within their school calendar. In addition to this, Childnet promoted the competition on social media, Twitter ads, blog articles, through education school visits and via the network of supporters and followers.

The competition launched at the end of February and closed mid-June, with the award ceremony held at the British Film Institute (BFI) on Tuesday, 2 July 2019. The British Board of Film Classification (BBFC) continued their support by classifying the finalist films and joined representatives from the BBC, BFI and British Academy of Film and Television Arts (BAFTA) to form the external judging panel. For the last two years, BBC Own It have supported the competition by showcasing the finalists' films on their platform.

The 2019 theme asked young people to think about the future of the internet. Childnet received 125 entries from across the country, from which six were selected as finalists. The top two winning films demonstrated thoughtful messaging, including kindness, acceptance and diversity. The final six films are available on childnet.com.

As a teacher whose class took part in the competition put it: "There is no such competition of this kind. I am delighted to have found this competition and will be back. My students have gone away with lasting memories, a great sense of achievement and a unique bond with their teammates."

The UK Safer Internet Centre (SIC) recently published their latest 360 Degree Safe review. This analysis of data from 360 Degree Safe draws from the self-review data of more than 11,000 schools across the country. This allows the UK SIC to consider the "state of the nation" in relation to online safety policy and practice in English schools, as well as allowing to reflect on 10 years of 360 Degree Safe, and the data it collects.

Following months of hard work, planning, writing, biscuits, rewriting, and website development, the UK Safer Internet Centre (SIC) is delighted to announce the launch of ProjectEVOLVE. Do you want a primer on what ProjectEVOLVE means for you - and for UK education? Take a look at the UKSIC's FAQs below and access the just-launched beta.

To support educators for Safer Internet Day 2020, the UK Safer Internet Centre - official coordinators of the day in the UK - have created a range of new educational resources focusing on a brand new theme.

11 things parents and carers should know about loot boxes

Parents and carers may have seen stories about "loot boxes" in the news in the last few weeks. The UK Safer Internet Centre (SIC) has written this article to lay out all of the key information about loot boxes, what they mean for young people and their online safety, and what you can do to encourage safe and responsible usage.

Will Gardner, CEO of Childnet and a Director of the UK Safer Internet Centre (SIC), looks at the success of the Childnet Film Competition Finalists' Event.