A rare Seattle snow storm forced Seattle Public Schools to cancel school on Safer Internet Day (SID), on Tuesday, 5 February 2019, so the 200 students supposed to participate in the daytime event were not able to board the buses and attend. But that did not stop ConnectSafely and partners from holding the event, thanks largely to the quick response by COO Maureen Kochan, Conference Coordinator Lynn Lonsway and host, Google Outreach and Education manager, Jeff Dunn.

Although modified, the programme, which took place at the Google Seattle office, ran as scheduled with about 40 adults and one high school student in attendance along with the students and adults watching the live stream. ConnectSafely will soon release some highlight reels with relevant segments from the program, but you can now watch a replay of the live stream, and a welcome from Washington's Gov. Jay Inslee.

The evening Family Night program went on as scheduled with numerous children and parents in attendance. 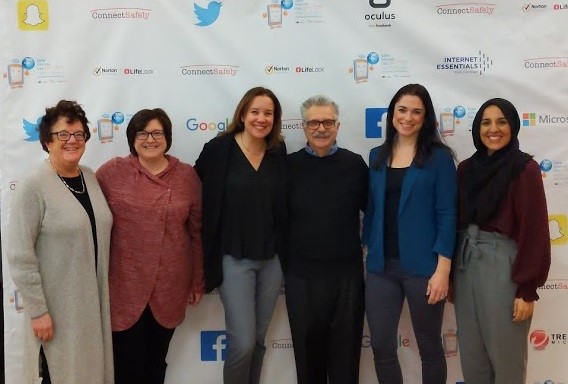 The daytime programme, which was designed mostly for high school students, had to be modified because weather made it impossible for the students and some of the speakers to attend. Instead of the planned keynote speech by March for Our Lives founder Cameron Kasky, ConnectSafely quickly organised an equally compelling panel featuring ConnectSafely's own Hani Khan and Brittan Heller answering questions from ConnectSafely K-12 Education Director Kerry Gallagher and Larry Magid, CEO of ConnectSafely.org and founder of SafeKids.com. Both Hani and Brittan have experienced severe online harassment and both not only survived their horrific experiences, but went on to be upstanders and leaders, helping untold others overcome their situations. Hani is a Muslim who was fired from her job at Hollister – a popular store owned by Abercrombie and Fitch – for wearing a hijab (head scarf) and successfully sued her employer for religious discrimination. Brittan had to endure online sexual harassment, which affected her early career as a lawyer, after a would-be suitor defamed her on an online forum aimed at law students and lawyers. She successfully sued the forum to force them to take down the hateful messages. ConnectSafely has created a lesson plan that encourages teachers to have their students learn about these stories and how to be upstanders when they, or their friends, are faced with online hate speech or harassment.

The virtual reality panel moderated by Brittan Heller went as scheduled, with a safety presentation from Dena Feldman of Oculus and a discussion with panellists Eva Hoerth of the Virtual World Society, Joshua Singh of Google and high school student and VR enthusiast Avery Wagar. 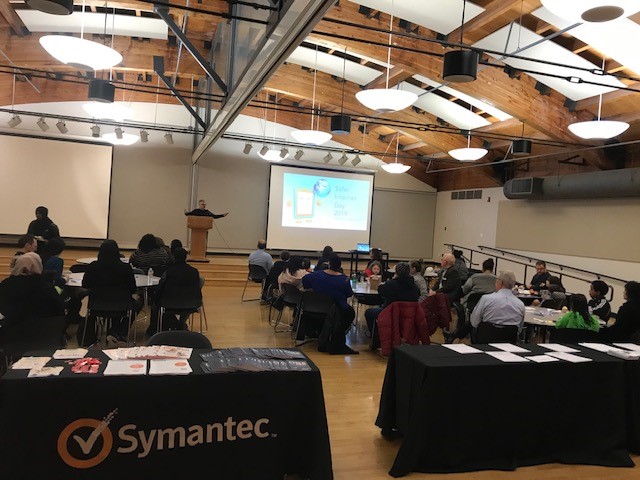 ConnectSafely had not planned to have a law enforcement panel but former Missouri Internet Crimes Against Children Commander Joe Laramie and Seattle Police Captain and Washington State ICAC Commander Mike Edwards were present, so they were drafted for an impromptu and very interesting panel on how law enforcement can respond to issues ranging from bullying and minor harassment to serious crimes involving the exploitation of children.

As she has at past SID events, Trend Micro's Lynette Owens announced the What's Your Story competition that rewards students and schools up to $10,000 for creating a video that answers the question "If you had one special power to make life online better, what would it be?"

As ConnectSafely does every year, a panel was planned with high school students and tech industry executives but, with the students snowed-out, only the executives were there. We missed the student/adult interaction but Michael Covey from Google, Facebook's Jennifer Hanley, Microsoft VP and XBox executive Dave McCarthy and Roblox VP Tami Bhaumik did an excellent job answering Larry Magid's questions. 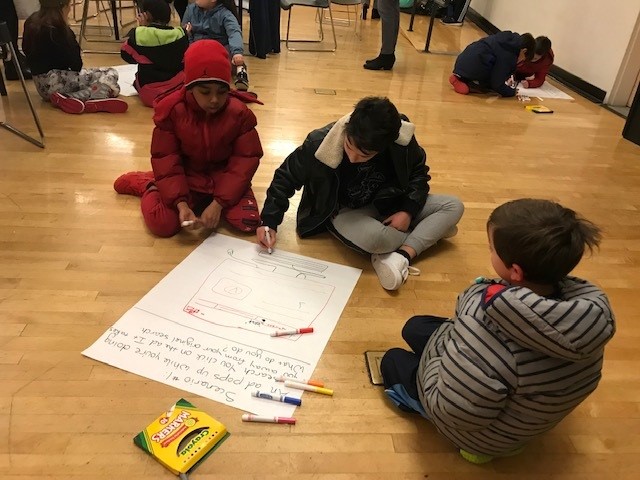 ConnectSafely's Family night event at the Seattle Housing Authority's New Holly Gathering Hall went on as scheduled, with a good turnout of parents and children, despite inclement weather that included icy roads. This was the first time that ConnectSafely (or any US national online safety organisation) held an event primarily for low-income and immigrant families. Even before knowing about the snowstorm, the organisation was worried about getting a good turnout, but they did, thanks largely to the efforts the Seattle Council PTSA, which — along with National PTA, was instrumental in helping put on the event.

The evening programme featured children's book author Trudy Ludwig reading from her book, The Invisible Boy, which shows how small acts of kindness can help children feel included and allow them to flourish.

ConnectSafely's K-12 Education Director, Kerry Gallagher, led the children in an interactive program in which they drew solutions to common internet safety scenarios faced by the youngest users of online services while National PTA board member Collin Robinson, Roblox VP Tami Bhaumik and Larry Magid held a workshop for the parents. To conclude the evening, the children shared their drawings, and insightful ideas, from the interactive program with the adults in the room and were met with applause.

Safer Internet Day 2019 was an event ConnectSafely will never forget. But, like the post office, they wouldn't let snow, sleet or rain (we had all of that) keep them from carrying this important programme. They missed having the high school and middle school students in attendance — they are the heart and soul of our programme — but, as CEO of ConnectSafely, Larry Magid is grateful that the entire ConnectSafely staff, their partners at Google, speakers, vendors and supporters pulled together to turn lemons into lemonade so the programme could go on and be available to watch online live and in the future. Please tune-in to SaferInternetDay.us to watch the replay and the soon-to-be-posted highlights. 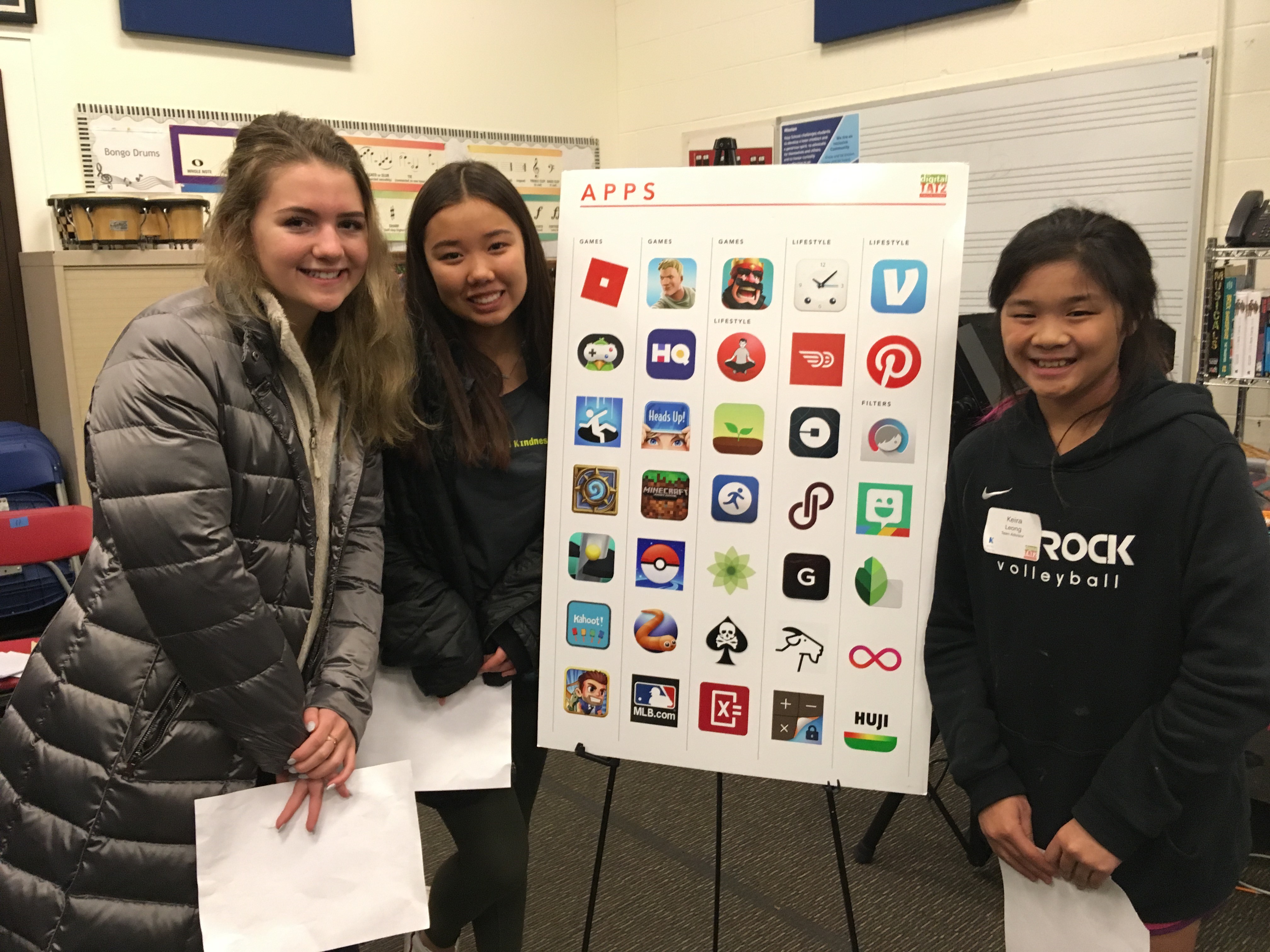 Working with ConnectSafely, My Digital Tat2 and Keys Middle School hosted a SID event in Palo Alto, California that included student-led discussions with parents around current apps and platforms. The students engaged in demonstrations and shared personal experiences. Following the group discussion MDT2 and Keys screened the movie Like, a documentary on the impact of social media. There were 155 students, parents and community members in attendance. ConnectSafely's partner, National PTA, sponsored 25 events at schools across the country and there were many other events sponsored by companies and organisations throughout the US, including an event in San Antonio, Texas sponsored by Google.

The US is one of over 150 countries recognising Safer Internet Day, plus there are 90 organisation and company supporters around the world which raised awareness. The Better Internet for Kids site pointed out that "Much activity of the day played out through social media while the "#SID2019, #SaferInternetDay and #SaferInternetDay2019 hashtags trended worldwide several times during the day lighting up the social media sphere as the day unfolded."

* This article was originally written and published by Larry Magid, CEO of ConnectSafely and founder of SafeKids.com, and is reproduced here with permission from the author. You can read the original article on ConnectSafely.com.

Parent and educator guide to media literacy and fake news

ConnectSafely.org, a US-based non-profit internet safety organisation, and conveners of the US Safer Internet Day (SID) Committee, has published a "Parent and educator guide to media literacy and fake news', available for free online.