Safer Internet Day 2019 was celebrated in Slovakia with a focus on regulating excessive use of digital devices such as mobile phones, tablets, laptops and other devices surrounding us on a daily basis. To mark the day, the project Bezinternetu.sk ("without the internet" in Slovak) was launched and introduced to representatives of the public and media.

The project itself does not aim to forbid using the internet through the devices we all have, but offers a helping hand on how to regulate one's use of digital devices and reduce the possible addiction to screens for at least a limited span of time. Accordingly, children have been invited to reduce their use of mobile devices during an entire month. In addition, a survey was conducted in the pilot school Kralova pri Senci, on children and families participating in the challenge.

The results show that shorter periods of use of digital devices have contributed to positive changes in children's behaviours and emotional well-being in their families. It has also led to greater communication between children and their parents or siblings. 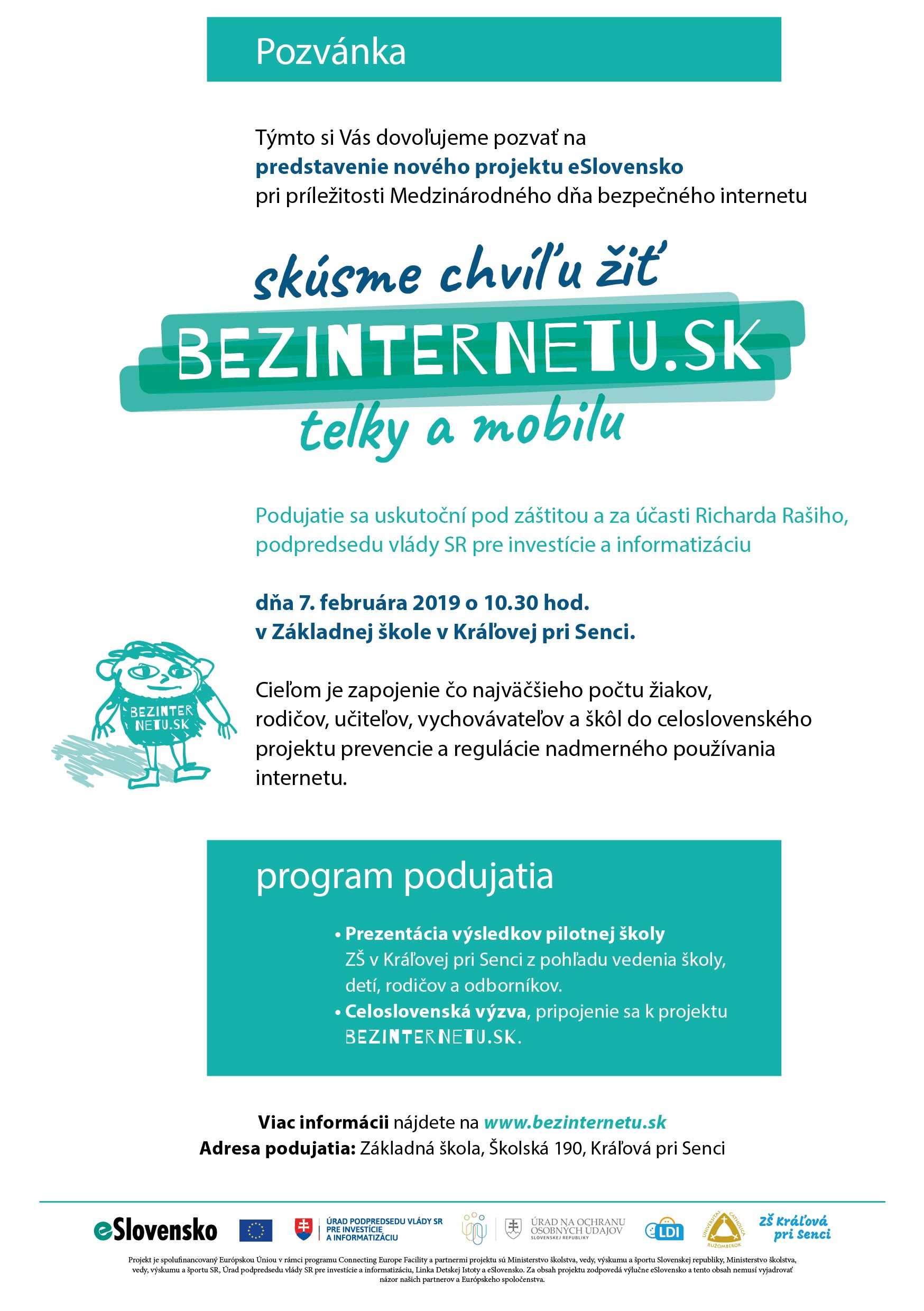 In addition to entry and exit questionnaires, children recorded their feelings and thoughts in diaries. "This month, I have taught myself to believe in myself, I think it is amazing when I find something, not on the internet, but about myself", writes Daniela. "The month of Bezinternetu.sk confirmed to me that even life without a cell phone or tablet is just as amazing" wrote Tereza. Veronika wrote: "I read a lot more books, I was much more outside with the dog".

Students from schools all around Slovakia voluntarily gave up using their devices such as smartphones and tablets, but also playing video games or watching the television for one whole month. The key outputs are personal handwritten diaries providing insightful confessions and illustrating transformations in the child's perception of the real world compared to the digital one. 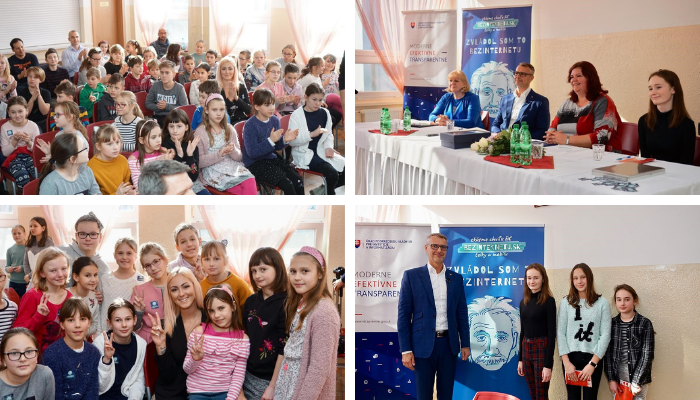 The project has made a positive contribution in particular to

All information related to the project is available on the dedicated website of Bezinternetu.sk.

In Slovakia, the Safer Internet Day (SID) 2018 event was organised by eSlovensko and Child safety line (LDI) with a localised theme of "Sexual abuse of minors - Who's next?". The main partner of the event was the Ministry of Interior of the Slovak Republic.