Focus on media literacy for Safer Internet Day 2019 in Iran

The international Safer Internet Day (SID) was celebrated in Iran for the second time, on Tuesday, 5 February 2019. The main event, organised by Anarestan (Amin SMD Co.), was attended by Mr. Khosrow Saljooghi, Executor of Support program of developing kids' cyberspace services as part of Iran's Ministry of Communications and Information Technology.

As the official representative of SID in Iran, Anarestan hosted the first international Safer Internet Day in Iran in 2018 in the Nima Youshij primary school, with students and teachers. This year, the ceremony was held for the teenagers of the Papeli Khalatbari high school, with the aim of informing them about media literacy and promoting the culture of good use of the internet.

The event was organised in three parts: 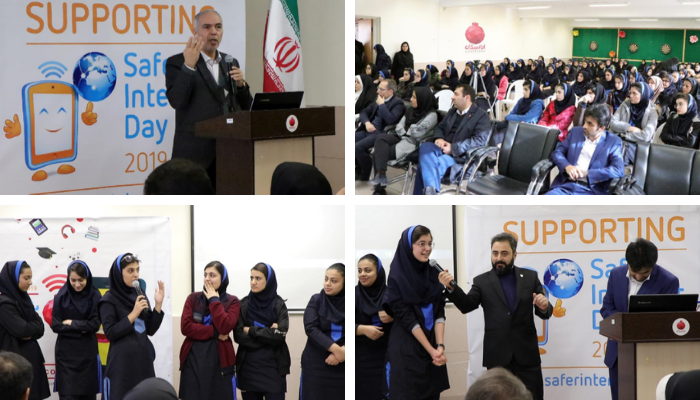 Mr. Mahmoodi said: "The mission of Anarestan is to create a kid-friendly and content-rich internet ecosystem for children and teenagers, to educate them to the use of new technologies. Also, Anarestan holds special events and programs with other players in this field to empower students – such as this SID event". He said about the products of Anarestan: "We provide free pre-paid SIM cards for children and teenagers, localised and customised tablets for them named ‘Nartab' which are made in Iran and have dedicated training programs such as ‘Discovery of science' and access to the Anarestan ecosystem. Besides these products, Anarestan provides kid-friendly high-speed internet, based on 3G, 4G and ADSL, VDSL, FTTx with access to around 80,000 white list sites. It also presents the first kid- friendly internet search engine in Iran called ‘Romanet'."

For more information about Anarestan's activities as a Safer Internet Day Committee, visit the organisation's website and saferinternetday.org.

Together for a better internet - on Safer Internet Day and beyond!

If it's the second day of the second week of the second month of the year, it means it's Safer Internet Day! Today, over 140 countries across the globe celebrate it in their own way, under the unifying slogan of "Together for a better internet", calling on all stakeholders to join together and play their part in creating a better internet for everyone, in particular for children and young people.