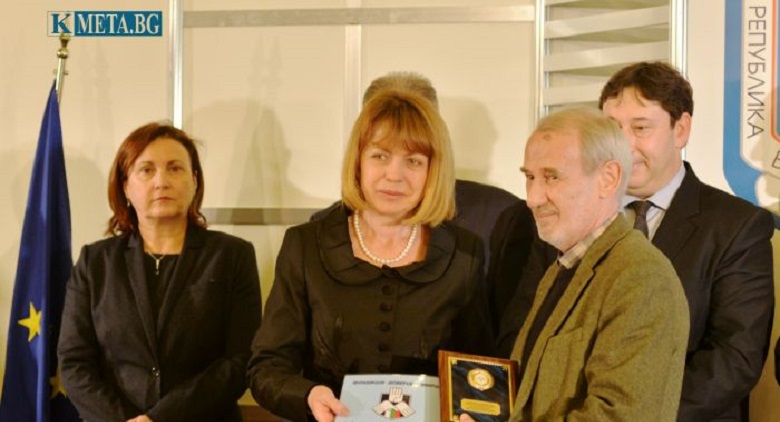 The Bulgarian Safer Internet Centre (SIC) recently received a special award from the Ministry of Interior for civil contribution to the work of the police, at the annual ‘Police Officer of the Year' national ceremony on 29 December 2015.

The coordinator of the Centre, Georgi Apostolov, received the award on behalf of the Safer Internet Centre team (comprising of an awareness centre, helpline, hotline and youth participation services). The current Minister of Interior as well as previous ministers, General Secretaries, Directors of Police Directorates, and media were present at the ceremony.
The Bulgarian SIC was proposed for the award by the Chief of the Cybercrime Unit of the Ministry of Interior - the law enforcement agency (LEA) partner of the Centre and the Hotline. Due to the close cooperation between the Hotline and the Cybercrime Unit, 14 offenders were tracked down and detained after reports were made to the Hotline and their subsequent transmission to the Cybercrime Unit.
Read more on the awards on the Republic of Bulgaria: Ministry of Interior website.
Read more about the work of the Bulgarian Safer Internet Centre here.