Cats as an online counter-terror trend?

Everyone knows that internet users love cats. But in recent days, these beloved domestic animals have become part of an online counter-terror trend.

In the aftermath of the terror attacks in Paris, suspects are believed to have escaped to Brussels. While the police continue looking for the suspects, the city has been under the highest alert for attack since Saturday, and citizens are being advised to stay at home. In order to efficiently conduct search operations, on Sunday, the Belgian police officially asked citizens to remain in social media silence and not share anything (posts, photos, etc.) that could inform terrorists about the police operations. 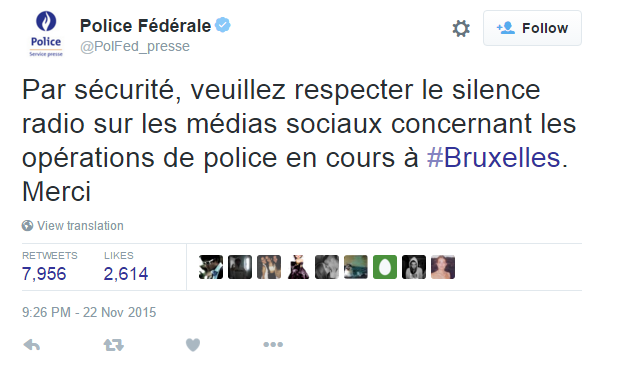 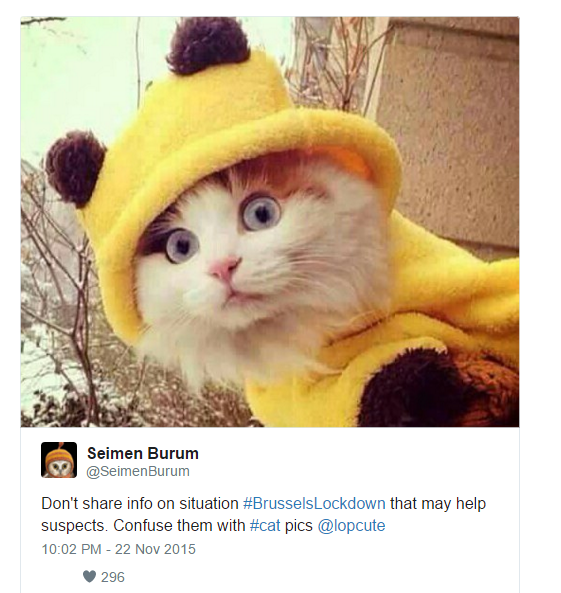 On Monday, the police thanked citizens in a humourous way by posting an image of a bowl of cat food on Twitter with the following text: "For the cats that helped us yesterday, serve yourselves". 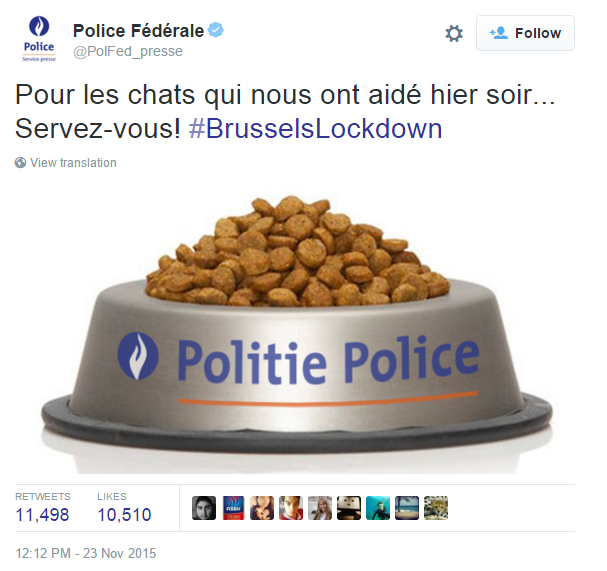 This episode demonstrates an interesting chain of online solidarity in these uncertain times when violent extremist groups are threatening our security and freedom.
The network of Safer Internet Centres has been reflecting and dealing with online radicalisation and extremism issues. A particular alarming trend is that violent extremist and terrorist groups are grooming young people online and encourage them to leave their countries to become foreign fighters. In an article published in the Better Internet for Kids bulletin, the Austrian Safer Internet Centre shares the challenges and lessons learned on dealing with this issue.