Following on from the successful delivery of a series of workshops, titled "Creative and safe use of the internet", in Cyprus during summer of 2017, a commemorative album has been created to share good online safety practices. 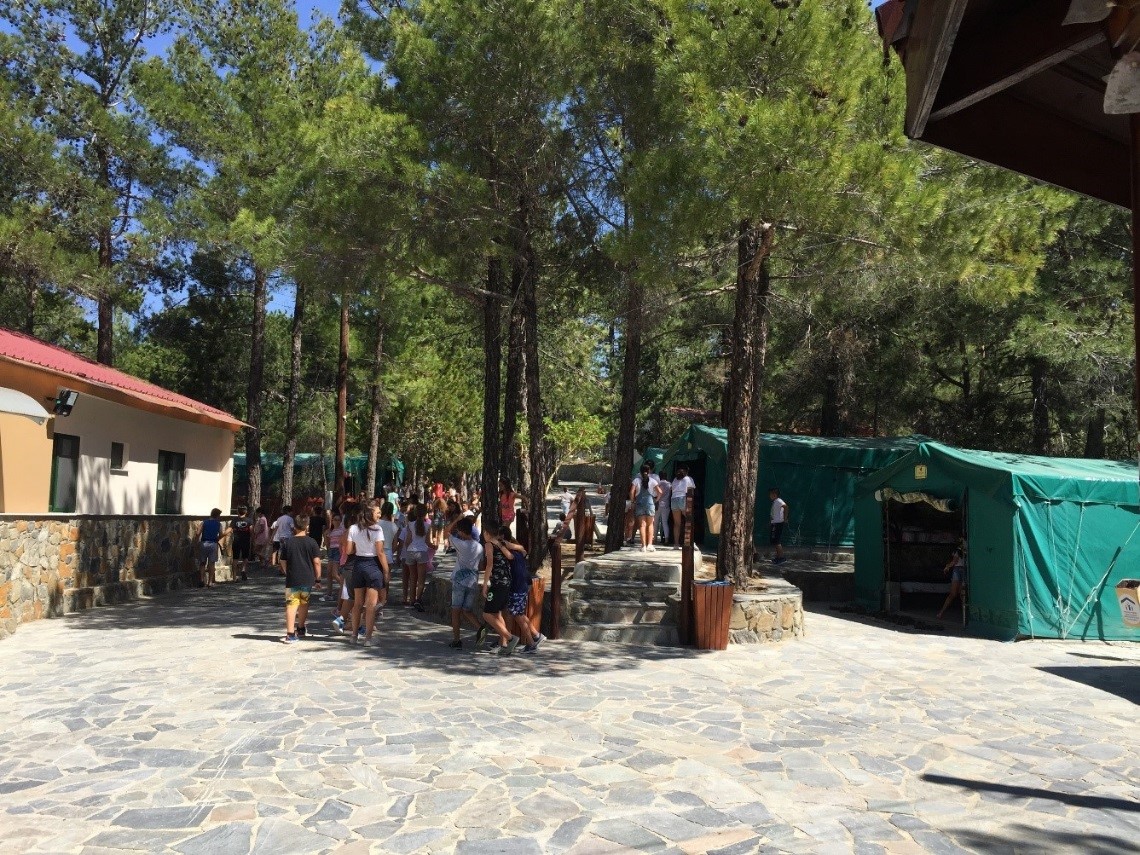 During the workshops, 1,466 children and 119 counsellors from all over Cyprus were informed by the Cyprus Pedagogical Institute's officers about the opportunities and dangers of the internet, along with information on the operation of the 1480 helpline and hotline services. Through exploratory and active learning, as well as group experiential activities, children had the opportunity to discuss issues both critically and creatively on the themes of cyberbullying, excessive use of digital technologies and the internet, managing personal data on the internet, and overcoming internet challenges by making good choices. At the end of the group practice, children had the opportunity to create banners and digital presentations, presenting their own messages and advice about the internet to the rest of the children, their teachers and their parents.

The Department of Education Technology of the Cyprus Pedagogical Institute published and shared the children's overall activity in a printed commemorative album, and used the child-generated material appropriately so that these children can serve as ambassadors of best practices and messages of the safe use of the internet to other children, teachers and parents. View the commemorative album here.

Find out more about the work of the Cyprus Safer Internet Centre (SIC), including its awareness raising, helpline, hotline and youth participation services.

For a third consecutive year, the Cyprus Safer Internet Centre (SIC) held a series of workshops at children's summer camps on the "Creative and safe use of the internet".

Within the framework of the European co-funded project ‘CΥberSafety – Better Internet for Kids' (https://www.cybersafety.cy/)  the Cyprus Pedagogical Institute of the Ministry of Education and Culture organised a training day for the members of the CYberSafety Youth Panel, Cyprus. The training day was held at the campus of the University of Cyprus in Nicosia on Saturday, 2 February 2019, and was attended by forty students.

On Monday, 17 September 2018, the Cypriot Ministry of Education and Culture presented the "National Strategy for a Better Internet for Children" and the Helpline and Hotline 1480 services, at a press conference.

Cyprus campaign promotes the 1480 helpline and hotline for internet safety

In order to raise awareness amongst children, adolescents and parents about the safe use of the internet, the European project "CYberSafety – Better Internet for Kids in Cyprus", has teamed up with cycling champion Antria Christoforou to become the official ambassador of the campaign to promote the activities of the project and, more specifically, to promote the operation of the 1480 helpline and hotline.

On Tuesday, 6 February 2018, in the context of Safer Internet Day (SID), an event was held in Cyprus with the theme "Create, connect and share respect. A better Internet starts with you". The event, organised by the Ministry of Education and Culture in association with CYTA and MTN, and with the support of the rest of the CyberSafety project partners of the European programme "Safer Internet – Better Internet for Kids", was hosted successfully at Filoxenia Conference Centre.

Child Focus mobilizes the web industry by placing the issue of proper use of social media by children in their corporate social strategy.