The digital future through a child's eye – SID 2018 in Hungary

The Hungarian Safer Internet Day event was held in Graphisoft Park, at Microsoft Hungary's headquarters. After a welcome speech by the Programme Coordinator and Microsoft Hungary's Marketing and Operations lead, the event kicked off with an awards ceremony for the digital storytelling and literary competition.

With a title of "Digital future with a child's eye", the competition's aim was to encourage students to create and write their thoughts about the digital future. 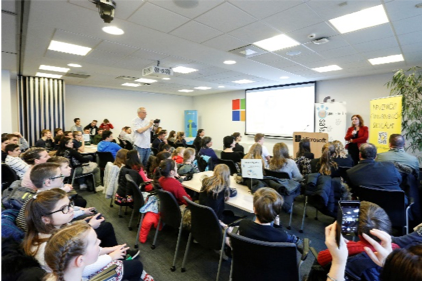 More than 70 stories were submitted during December and January, and prizes, including money and tablets, were awarded across two categories (ages 6-10 and ages 10-15). Competition supporters were the HPe Hungary and the Balabit IT Company. After the ceremony, a teacher, who also organised an interactive training session in Szeged, joined the event over Skype to share thoughts on the Safer Internet Day celebrations with the gathered audience.

Another interesting aspect of the event was the Live Library, where numerous experts from different fields, such as social media, helplines, hackers, police and the media, presented their aims, their work, and their opinions. Participants had the opportunity to ask questions and discuss issues with them in small groups. 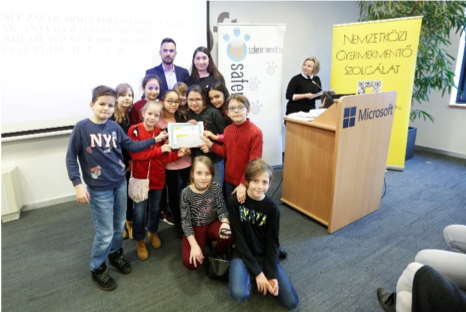 One of the most interesting live books was the "Youth on the net" one, hosted by two of our youth panellists:

"After the awards ceremony, the audience had the opportunity to visit our ‘Live Library'. It was an interactive discussion centre. Everybody could look around the tables and ask questions of experts from different fields such as cybercrime, psychology, media and communications. In addition, students could talk with hackers and with the youth panel too. Márton Sós and I represented the youth panel and, after they'd heard some game cheats from the previous stop, we were waiting for the kid's questions with an open mind. They were very curious about the always-changing world. They wanted to know everything about the latest applications, the dangers and the risks of the internet, and the secrets of maintaining a safe account. The most popular theme was making new friends and keeping in touch with them. Furthermore, we talked about computer games and tried to figure out what the future will hold for us."

For those who were unable to attend the event in person, a live stream was provided via Facebook. 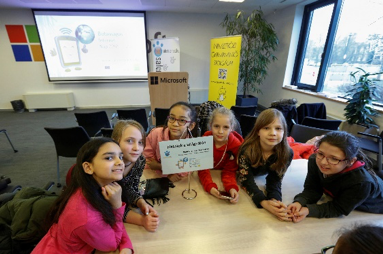 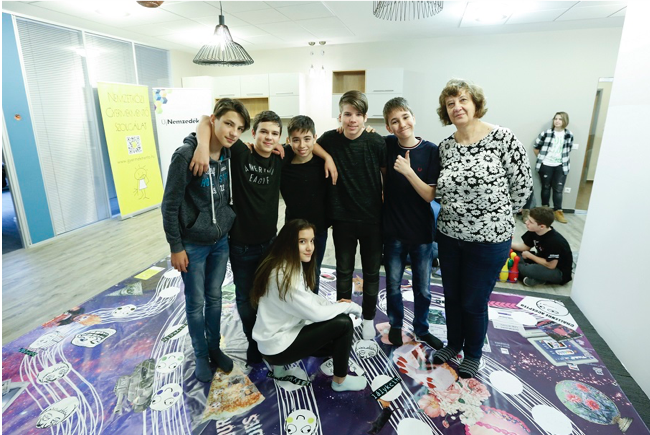 During the whole event, trainers from the Hungarian Safer Internet Centre played the giant Likehunter board game with the participating young people.

Find out more about the work of the Hungarian Safer Internet Centre (SIC), including its awareness raising, helpline, hotline and youth participation services.

Challenging cyberbullying on SID 2018 in Italy

Safer Internet Day (SID) was celebrated on Tuesday, 6 February 2018 right across the globe. Read on to find out more about how the Italian Safer Internet Centre (SIC) celebrated the day, with a strong focus on measures to challenge cyberbullying.