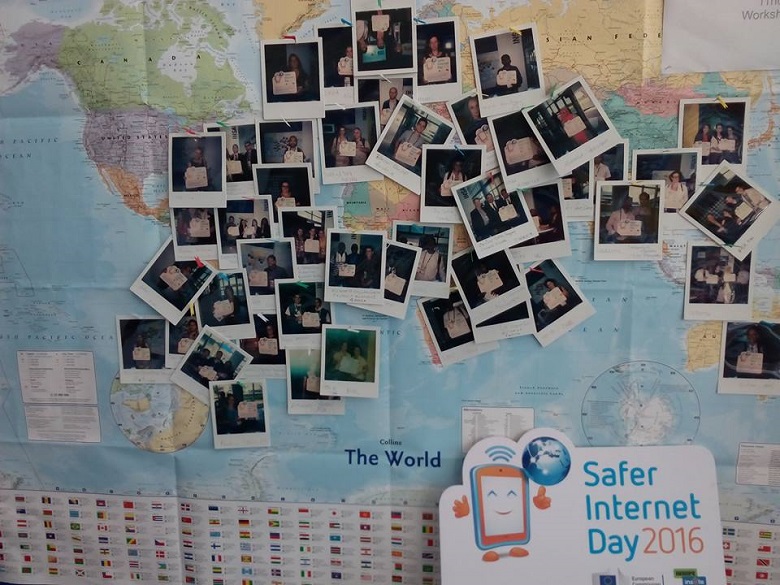 Approximately 5,000 people, including high-level government officials, civil society leaders and internet policy experts gathered last week - in-person and online - at the 10th Annual meeting of the Internet Governance Forum (IGF) in João Pessoa, Brazil (10-13 November 2015), to discuss the crucial role the internet must play in the successful implementation of the 2030 Agenda for Sustainable Development. A delegation from the joint Insafe and INHOPE networks - a network of Safer Internet Centres (SICs) across Europe, typically comprising an awareness centre, helpline, hotline and youth panel - were present.

The annual IGF is one of the most important events in the global internet governance calendar, providing opportunity for in-depth dialogue at an international level. With a workshop, lectures and an information booth, the Insafe-INHOPE delegation were able to share European views on issues relating to the internet and society, and promote the combined efforts of the network – in Europe and beyond - in creating a better internet for all, but especially children and young people.
Under the title ‘Beyond the tipping point: SID in the global south', the delegation presented an overview of existing global actions for the annual Safer Internet Day (SID) celebrations, while also using the workshop as an opportunity to mobilise South-American, Asian and African countries in particular to develop concrete action plans for SID participation in the future.
Youth representatives were also present throughout the IGF and worked with experts in the field to develop and present an action plan for transnational cooperation in a secure internet world, drawing upon best practice models.
We'll be providing a full round up from IGF in the next edition of the BIK bulletin, due out mid December - subscribe here to receive a copy direct to your mailbox.
In the meantime, read the official IGF press release or the press release from our German Safer Internet Centre, klicksafe.

IGF workshop: Is personal data ‘mine' or there to be ‘mined'?

At the recent Internet Governance Forum (IGF), which this year took place in Guadalajara, Mexico from 6-9 December 2016, Insafe organised a workshop (WS 114) titled "Is personal data ‘mine' or there to be ‘mined'?".

At the 2016 Internet Governance Forum (IGF), taking place in Guadalajara Mexico, UNESCO organised a workshop (WS 160) about Social media and youth radicalisation in the digital age. Sofia Rasgado from the Portuguese Safer Internet Centre (SIC) participated as a speaker giving the national perspective of the No Hate Speech Movement.

The 11th Internet Governance Forum (IGF) is taking place from 6-9 December 2016 in Guadalajara, Mexico. This year the conference runs under the overall theme of ‘Enabling inclusive and sustainable growth'.

Following a succession of Safer Internet programmes from 1999 to 2013, the Better Internet for Kids (BIK) project is the latest European Commission-funded initiative aimed at creating a better internet for Europe's children and youth. A project review has recently been published, providing an overview of the project and describing some of the highlights so far.