Share
On the occasion of Safer Internet Day (SID) 2018, celebrated across the globe on Tuesday, 6 February, the French Safer Internet Centre (SIC) focused on the topical issue of fake news and disinformation on the web.
Intox, hoaxes and fake news have always existed in most western countries, but events of 2017 widely highlighted the emergence of fake news specifically produced and spread in order to influence the result of political decisions or highly important elections. As part of the French Safer Internet Centre (SIC), Internet Sans Crainte decided to tackle the complex question of the production of fake news and its diffusion on the web. The result? A Safer Internet Day 2018 campaign dedicated to this theme and four ways of spreading the word.
Launch of a new awareness resource
Firstly, Internet Sans Crainte launched the production of a pedagogical resource aimed at primary and secondary schools addressing the issue of fake news in a ready-to-play pattern. The resource, Info Hunter, has been created in cooperation with online media Spicee, whose CEO - Jean-Bernard Schmidt - and journalists are mainly engaged in awareness campaigns and talks. Supported by the Ministry of Education, the educational material was launched online on 6 February 2018, the day of SID, and will be promoted in schools until mid-March when the French Media Literacy Week takes place. During the week, dedicated workshops will be led by hundreds of teachers and educators all over the country.
Go public!
Supporting and surrounding the kick off of the Info Hunter resource, the French Awareness Centre, led by Tralalere, gathered 80 members of the ecosystem for a special event that took place in Paris on 5 February 2018. The main round table, hosted by Tralalere with speakers from the hotline and helpline, journalists from Europe 1 and Spicee, National Federation of Telecommunication, Ministry of Education, French browser Qwant Junior, innovative teachers' and parents' association, CNIL, was followed by informal talks involving the stakeholders and the journalists. 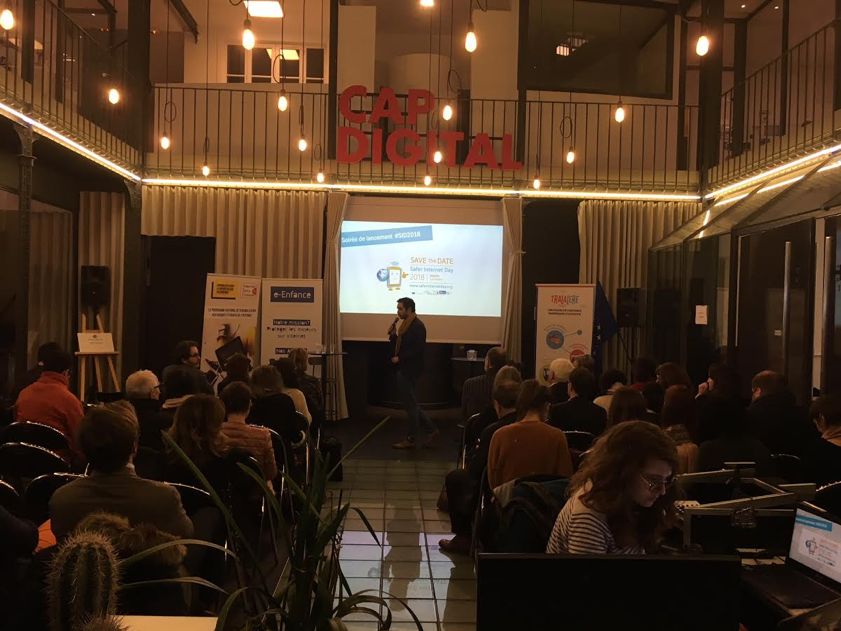 Be visible in the mass media
Together with its consortium partners e-Enfance and Point-de-Contact, Internet Sans Crainte also published a column in the Huffington Post online newspaper. Addressing French government and administrations in particular, the statement asks for the establishment of a strong media literacy and digital culture education curriculum for both pupils and teachers, from primary school age. In parallel, a global PR campaign helped to reach most of the main French media and highlight the key messages of Safer Internet Day. 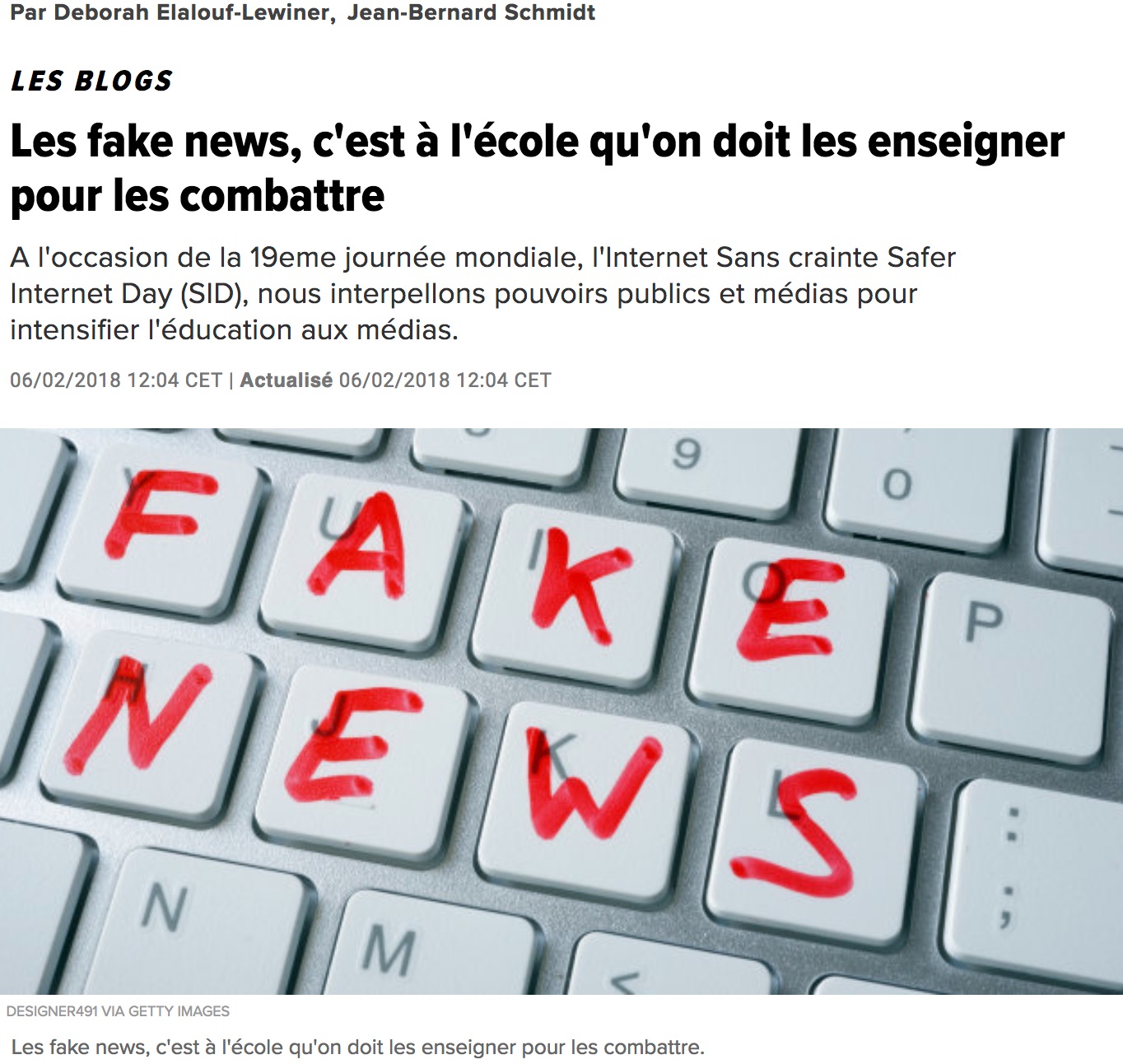 For the implementation of the General Data Protection Regulation (GDPR), the Internet Sans Crainte team, part of the French Safer Internet Centre(SIC), participated in a "celebration of digital freedoms" (fête des libertés numériques).

The INHOPE network of internet hotlines marked Safer Internet Day (SID) 2018 by way of numerous activities across the world. Hotlines organised a range of events from symposiums to social media campaigns to spread the SID message.