Tuesday, 6 February 2018 was a very special day for Poland. It was the 14th time that our country joined the annual Safer Internet Day celebration that brings together more than 140 countries across the globe. SID is organised nationwide by the Polish Safer Internet Centre (SIC) comprising NASK and the Empowering Children Foundation.

Over 3,650 local education initiatives, hundreds of thousands of children and youth, as well as teachers and educators involved in promoting responsible use of the internet – this is how we celebrated this day in Poland. For each edition of SID, the organisers try to highlight an important aspect of using the internet by young people, and thus this year's motto was "Create, connect and share respect: A better internet starts with you".

"Respect is a notion that involves a number of issues. It is an indispensable value for building a culture of understanding, trust and tolerance. Lack of respect for other people, their privacy or different views is a cause of disturbing phenomena on the internet, including cyberbullying, hate speech, sexting or xenophobia," said NASK's Anna Rywczyńska, coordinator of the Polish SIC. 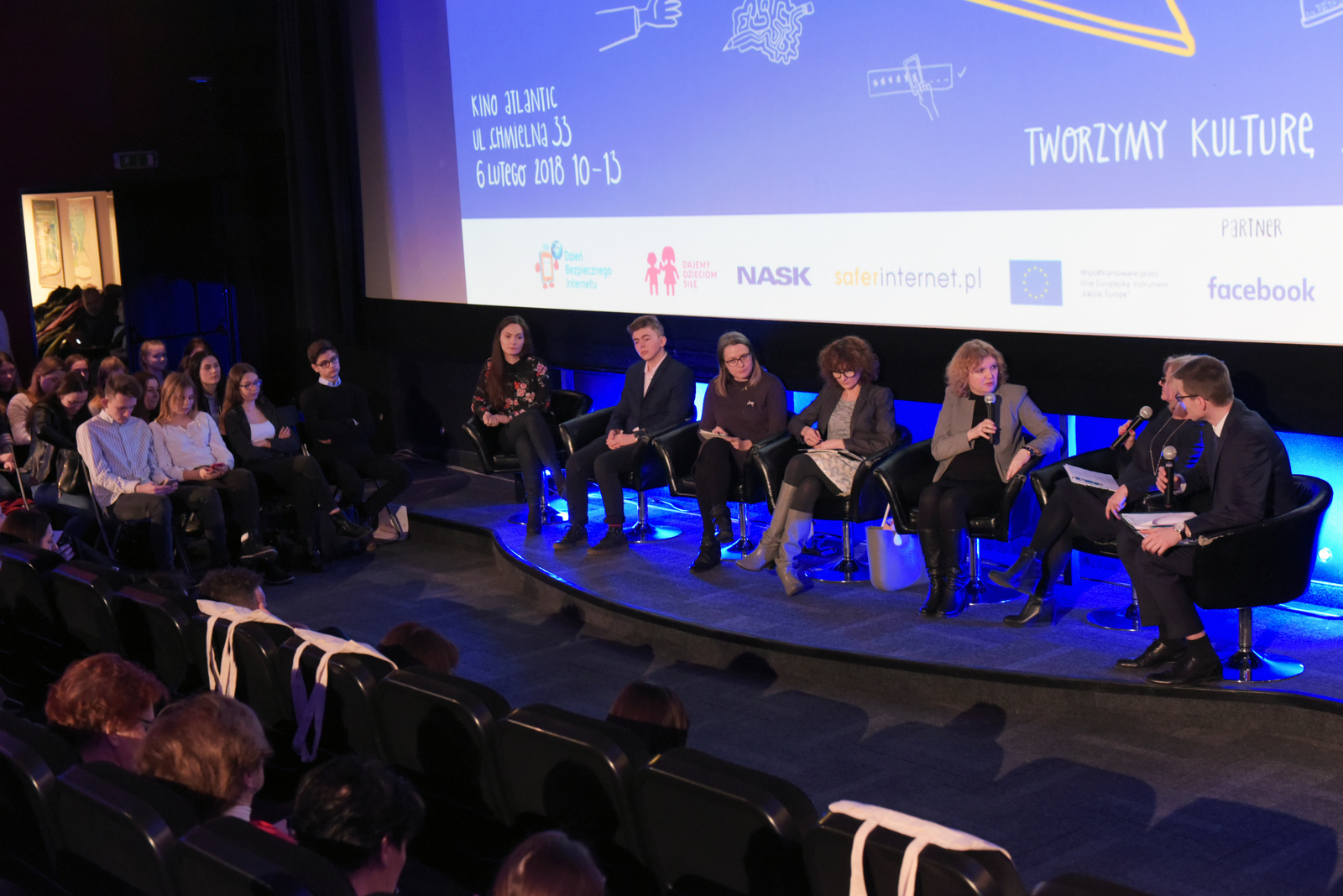 Research conducted by NASK ("Teenagers 3.0") shows that youth often see the internet environment as threatening and aggressive. Nearly 60 per cent of respondents aged 13-17 have seen their friends being called names, humiliated and laughed at online. Almost one-third (32.2 per cent) admit they have been insulted and one-fifth (20 per cent) have been ridiculed on the internet. It is alarming that only 22 per cent of young people inform adults of these unpleasant and emotionally stressful situations.

Decentralised model of local SID celebrations
In Poland, the idea is to involve as many educational and cultural centres as possible in SID, including schools, libraries, culture centres and non-governmental organisations from all over the country. Initiatives may be submitted via an online form at www.dbi.pl. This year, valuable prizes were awarded to the most innovative local action, funded by SID partners.

"It is particularly important that organisations from all over Poland get involved in Safer Internet Day on their own initiative. Children and youth are often directly involved in the preparations. This year, over one million children took part in local initiatives, and their numbers grow year by year. We have prepared packages of educational and promotional materials on online safety for all local organisers," stated Empowering Children Foundation's Szymon Wójcik. 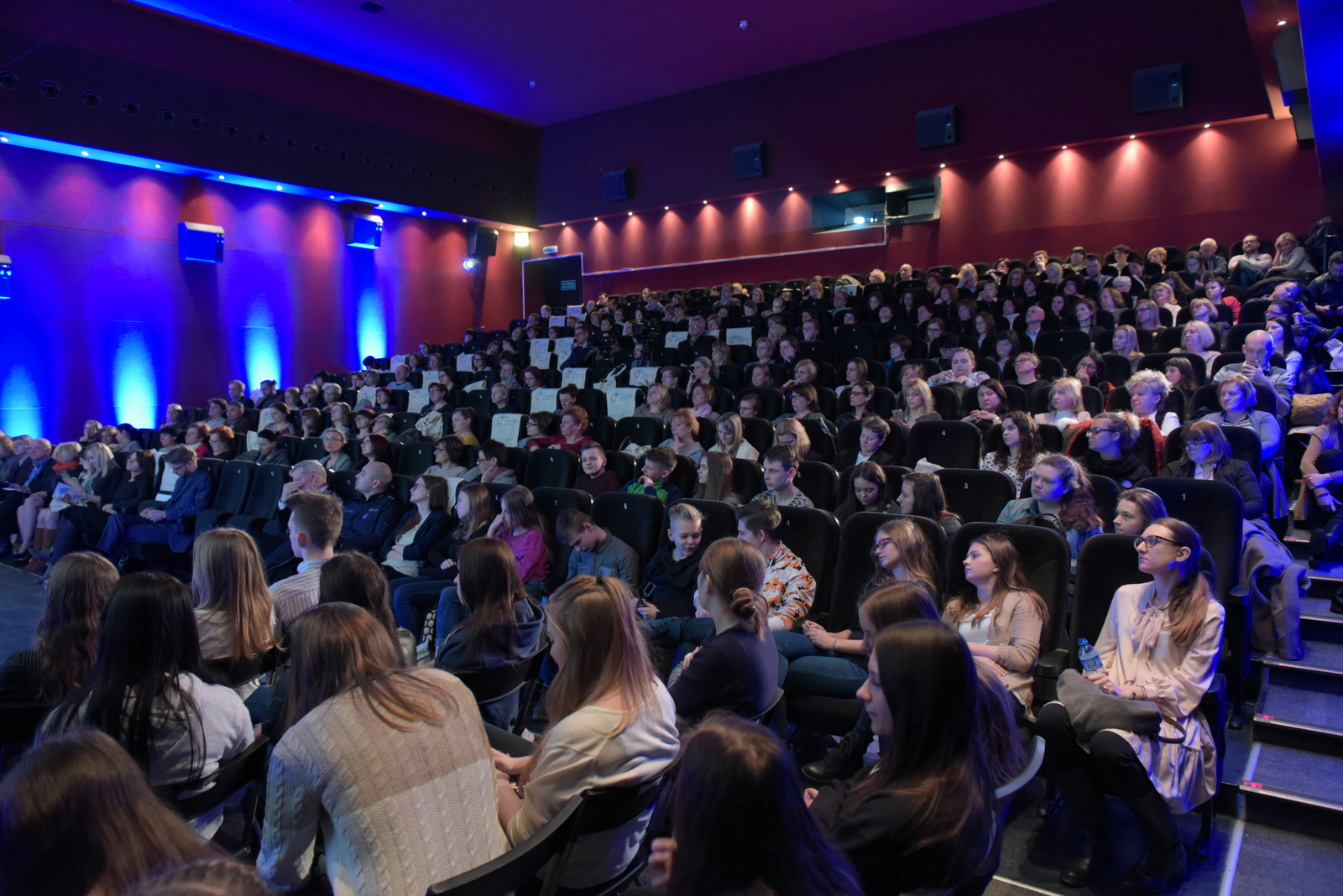 The conference for multiple stakeholders
This year's edition of SID was inaugurated with a conference that took place in Warsaw's Atlantic cinema. The conference was the focal point of the Polish SID campaign, and was attended by almost 300 teachers, media representatives, professionals working with children as well as youth from the Polish Youth Panel. The programme of the conference included a presentation of national and international SID celebrations, presentation of the Polish SIC's educational offer, an inaugural lecture outlining the problems of hate speech, aggressive language and communication on the internet, and a panel discussion devoted to building an online culture of respect. The panel discussion was accompanied by an online poll that gave all conference participants the opportunity to express their opinions and experiences regarding hate and online respect. Youth actively participated in the debate – almost 40 young people expressed their voices on the issue of online aggression and respect on the internet. The conference was recorded and a live stream was provided direct from the event and followed by 11,000 viewers. All video recordings are available at www.dbi.pl and on the Polish SIC's YouTube channel at www.youtube.com/saferinternetpolska.

"The safety of children and youth on the internet is important for all of us. We have been promoting SID by encouraging the cooperating schools to submit their ideas. This year, we're additionally launching "MagaMisja z Psotnikiem", a free app that offers the youngest ones basic knowledge on the subject," said Ewa Krupa, Chairperson of the Orange Foundation, a partner of the Polish SIC.

Thanks to the partnership with Facebook, a wide promotion of SID on the Polish Safer Internet Centre's Facebook page resulted in an increase in the number of profile likes by around 500. Facebook's representative, Jakub Turowski, said: "Over 2 billion people around the world use Facebook today, with youth making up a large part of them. It is a huge responsibility, therefore we prioritise safety as we develop our platform. During the SID inauguration, we summed up the biggest information campaign to date that was devoted to teenagers' safety on Facebook. We ran it together with the Empowering Children Foundation under the patronage of Poland's First Lady. By the end of the year we will open a space in Warsaw that will let us implement broad training projects related to online safety, among other topics."

The event also received honorary patronages from the Ministry of Digital Affairs, the Ministry of National Education, the Children's Ombudsman, the Office of Electronic Communications and the National Police Headquarters. The cooperation with the National Police Headquarters is also worth highlighting. The police were very active in media, emphasising the role of multisector cooperation in child protection online as well as the importance of events such as SID in achieving this goal. The police promoted the event also via its websites and on social media. Moreover, on 6 February 2018, police officers from each Provincial Police Headquarters wore a promotional SID sticker on their uniforms to make the event even more visible.

Find out more about the work of the Polish Safer Internet Centre (SIC), including its awareness raising, helpline, hotline and youth participation services.

February is a very busy month for online safety organisations in Poland. In 2019, as in previous years, a main Safer Internet Day (SID) conference in Warsaw marked the beginning of a month of awareness raising around SID in the country.

In 2017, the Dyżurnet.pl team (the hotline component of the Polish Safer Internet Centre (SIC)) analysed 13,962 reports. Of these, 2,459 have been classified as child sexual abuse material (CSAM) and 1,339 relate to the publication of illegal images of minors in a sexual context (child sexual exploitation material). These are the largest number of material reported so far. From the reports received, experts from Dyżurnet.pl confirmed CSAM in 2,184 cases.

"Careful parents" is a Polish Safer Internet Centre campaign about the importance of parental presence and guidance while protecting children from online threats.

Safer Internet Day (SID) was celebrated on Tuesday, 6 February 2018 right across the globe. With a theme of "Create, connect and share respect: A better internet starts with you", the day called upon all stakeholders to join together to make the internet a safer and better place for all, and especially for children and young people. Find out how the Romanian Safer Internet Centre (SIC) marked the day.

Safer Internet Day (SID) was celebrated on Tuesday, 6 February 2018 right across the globe. With a theme of "Create, connect and share respect: A better internet starts with you", the day called upon all stakeholders to join together to make the internet a safer and better place for all, and especially for children and young people. Here we hear from the Jordan Safer Internet Day Committee on how they marked the day.

The Sultanate of Oman, represented by the Information Technology Authority (ITA), joined the rest of the world in celebrating Safer Internet Day recently, which this year took place on Tuesday, 6 February 2018. More than 140 countries celebrated this international day, with events and activities taking place under this year's theme of "Create, connect and share respect: A better internet starts with you".