Safer Internet Day (SID) was celebrated on Tuesday, 6 February 2018 right across the globe. Find out how the Irish Safer Internet Centre (SIC) marked the day.

In Ireland, over 102,000 people in schools, youth groups and clubs joined together in celebrating the fifteenth year of Safer Internet Day. We were not alone, over 140 countries around the world also marked Safer Internet Day. Participation in Ireland reached its highest yet, with students drawing, dancing and even doing cartwheels! The lead up to Safer Internet Day saw streams of pictures and positive messages coming in from all parts of Ireland and we were humbled by the amount of preparation undertaken by schools and youth groups. 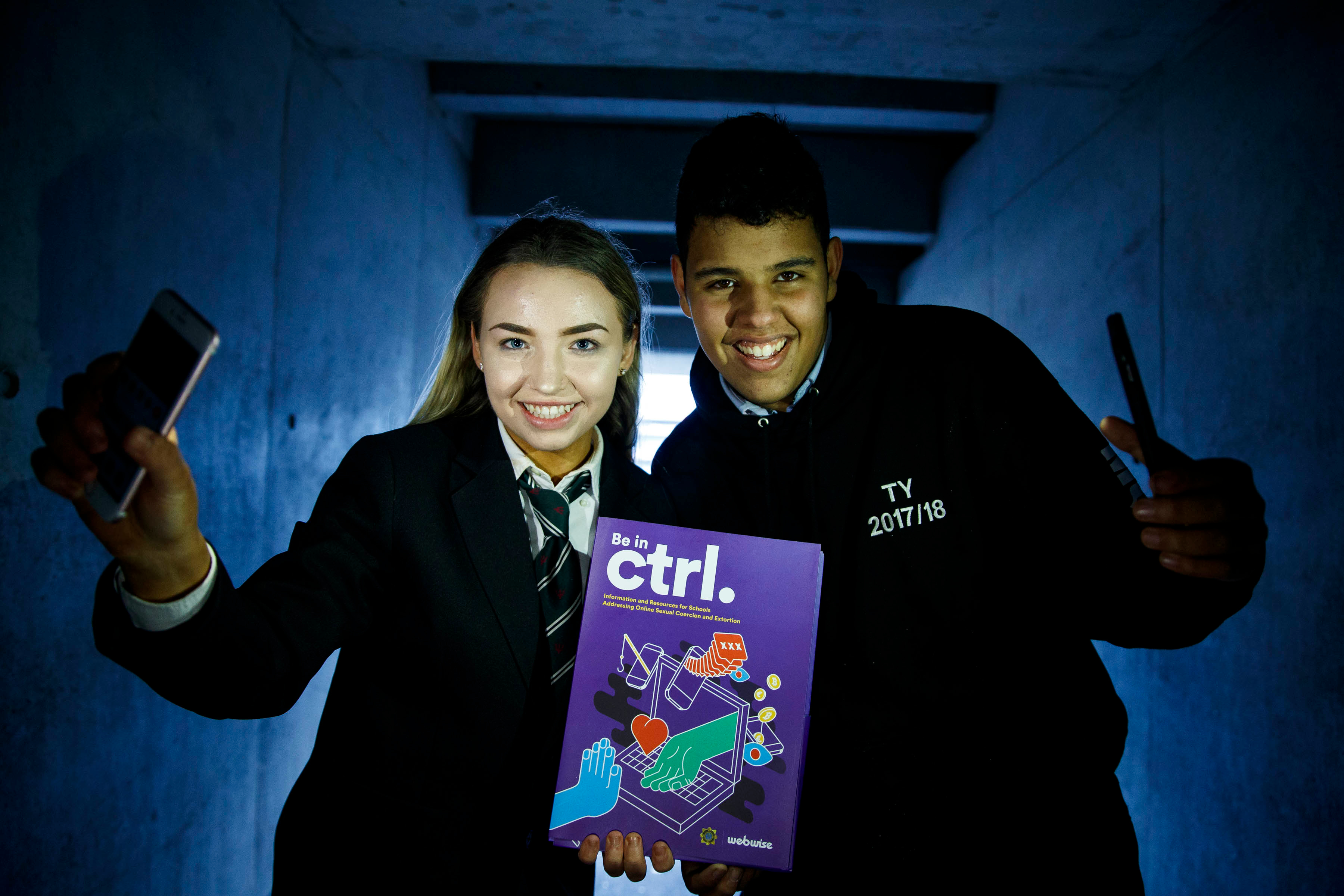 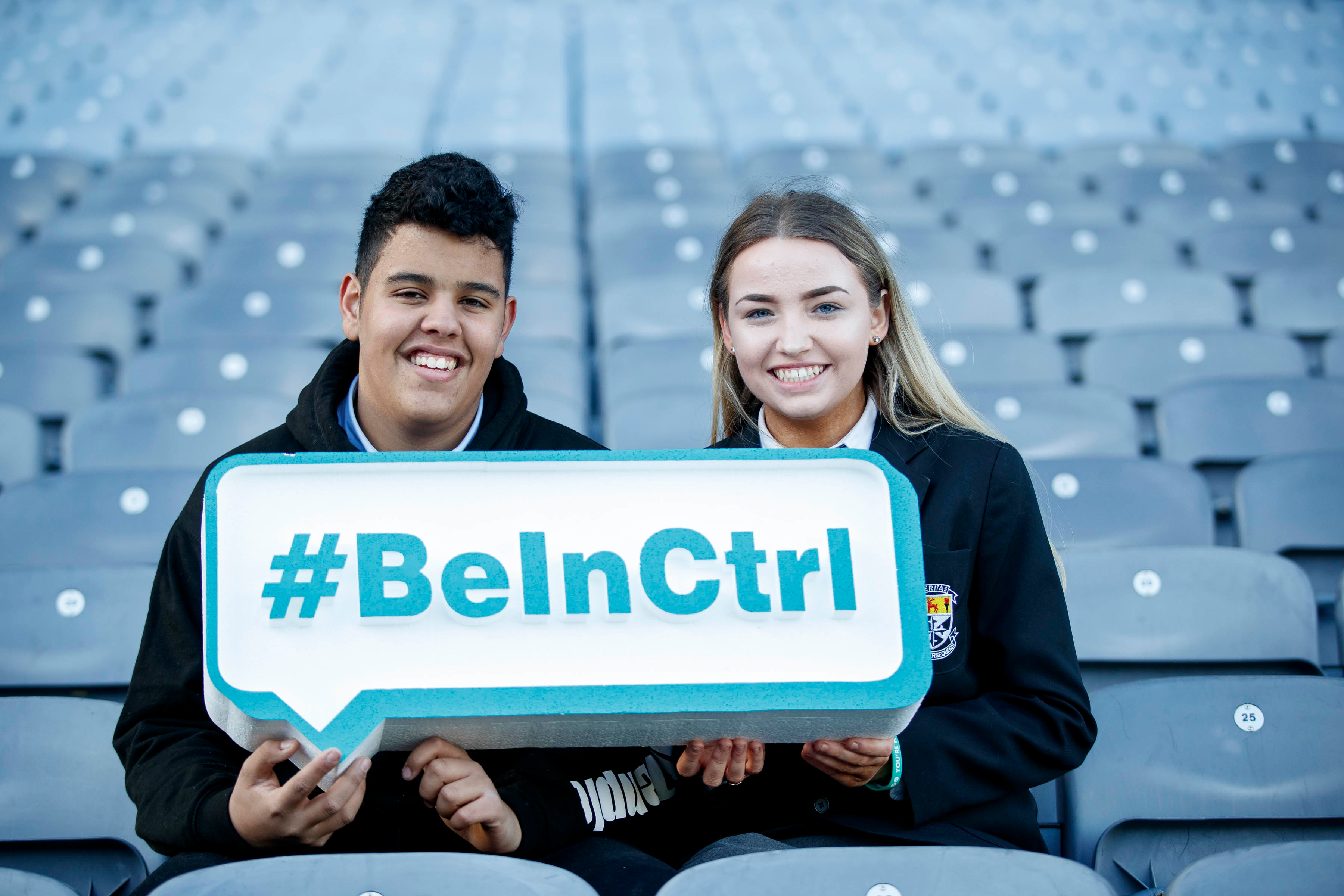 Promoting safe online communication
Safer Internet Day also saw the launch of a new educational resource "Be in Ctrl" at Croke Park. Produced in partnership with An Garda Síochána, the Be In Ctrl teaching resource has been developed to support teachers as they address the topic of online sexual coercion and extortion - often referred to as "webcam blackmail". Intended for use in the Junior Cycle SPHE curriculum, the resource will help students understand that online sexual coercion and extortion of children is a crime, raise awareness of safe online communication, and know when to seek help and report incidents.

Be in Ctrl contains three lesson plans, an information pack for school leaders, and will be supported by a Garda schools' talk. The resource has been made available for all schools to order, or access online, for free from 6 February 2018, Safer Internet Day itself.

#BeInCtrl online campaign
To support the launch of Be in Ctrl, Webwise also launched a positive message campaign video. Our Safer Internet Day Trainers, Ambassadors and Youth Panellists worked together to create a video by young people for young people. The video shows young people pledging to be in control of their online lives and encourages other youth people to do the same. It also provides helpful tips for other young people to #BeInCtrl.

#BeInCtrl big picture competition
To support the hundreds of activities taking place across Ireland this year for Safer Internet Day, Webwise launched a photo competition to win an exclusive gig with Sean and Conor Price for the winner's school. With a closing date of 28 February 2018, the competition urged people to share a photo of their Safer Internet Day event on Facebook, Twitter or Instagram using the #BeInCtrl hashtag. One grand prize winner will receive this amazing gig for their school and one runners-up will get a drone.

Watch a highlight video of SID 2018 in Ireland below:

Find out more about the work of the Irish Safer Internet Centre (SIC), including its awareness raising, helpline, hotline and youth participation services.

Ireland: Back to school campaign video reaches over 1 million views

Webwise Ireland launched its back to school campaign video in late September. The short 2 and a half minute video, #BeInCtrl - A Short Film on Online Grooming was released on social media as a social media campaign. It has been watched 1.2 million times and received over 10,000 shares on Facebook to date.

The Internet Service Providers Association of Ireland (ISPAI) Hotline.ie has released its 2017 annual report. The trends indicate an increase both in the quantity and severity of the reported materials.

Everything starts with us! SID 2018 in Lithuania

Safer Internet Day (SID) was celebrated on Tuesday, 6 February 2018 right across the globe. Find out how the Lithuanian Safer Internet Centre (SIC) marked the day.

Participating in a "Live Library" on SID 2018

Safer Internet Day (SID) was celebrated on Tuesday, 6 February 2018 right across the globe, and many of our BIK Youth ambassadors took place in activities in their respective countries. Here, Fanni from Hungary reflects on her participation in the day.

Following Safer Internet Day 2018, we've heard from a number of SID Committees on how they marked the day. In Ireland, on Safer Internet Day 2018, Webwise Ireland launched a new educational resource called "Be In Ctrl". This new post-primary resource was created in partnership with the Irish Police, An Garda Síochána and was developed to support teachers as they address the topic of online sexual coercion and extortion.