Back in November 2016, the Estonian Information Technology Foundation for Education (HITSA) (part of the Estonian Safer Internet Centre (SIC)) won the biannual Insafe resource competition with a project proposal called "Youth Panel YouTube feed". The resulting project took place from March to November 2017 and the main idea was to support an interactive online collaboration between youth panel members from three countries (Austria, Lithuania and Estonia) to create a pan-European YouTube channel.

The aim of the YouTube channel was that youth panel members could use it to upload their country-based vlogs or short videos with online communication tips: for example, ideas on how to use the internet, and what or how they use different gadgets or smart technology in their everyday lives (for example, Raspberry Pi as a home-security set up, and similar).

In cooperation with youth panel coordinators, the exact timeline and activities were put in place. Filmmaking was divided into three stages: preproduction, production and post-production. ITFE took two Finnish experts on board, Akseli Virtanen and Erkka Lehto, who created three learning videos and Padlet boards to help and guide the youth panellists through the filmmaking process. A Facebook page was used as the main platform for communication.

As a result, 21 videos were uploaded to the YouTube channel called "Smartly on the web". All of the videos are available either in English or with English subtitles.

Akseli Virtanen, a video content producer at Yousician Oy (an edu-tech company teaching playing music through software), who working as one of the filmmaking experts on the project, commented: "It was a pleasure to be involved in this important project. Making the tutorial videos was fun and very rewarding. I have only a little previous experience in teaching, so getting back to it was great.

"The youth received our tutorial videos and educational materials very well and I'm very excited about the results. The quality of the youths' work has far exceeded my expectations. The videos are full of creative thinking, exciting storylines and great technical solutions. I was especially pleased to see how many of the works were truly original in terms of the story.

"As the course and the youths' videos tackled a difficult topic – safety on the internet - we thought that the young people would have some trouble with creating interesting stories. I could not have been more wrong. It seems that the topic touches their lives strongly and the project truly inspired them. Watching all of the videos was a great learning experience for me too: a look into youths' lives and problems.

"Privacy and online bullying were the most popular video topics. I hope many people get to see these works and that we will raise awareness about these problems, especially among adults. The world has changed a lot and growing up in this digital, fast-changing world is far more difficult than adults generally think.

"I want to thank HITSA for organising such a project. The impact of the project in terms of educational value was immediately noticeable and will only grow over time as people get to see the videos."

To acknowledge the excellent work of the young people, the three best videos were selected.

First place in the category of "Best video" (decided by the experts) went to an Estonian video called "Internet Safety" created by Georg Šumailov and Robert Pärnpuu. 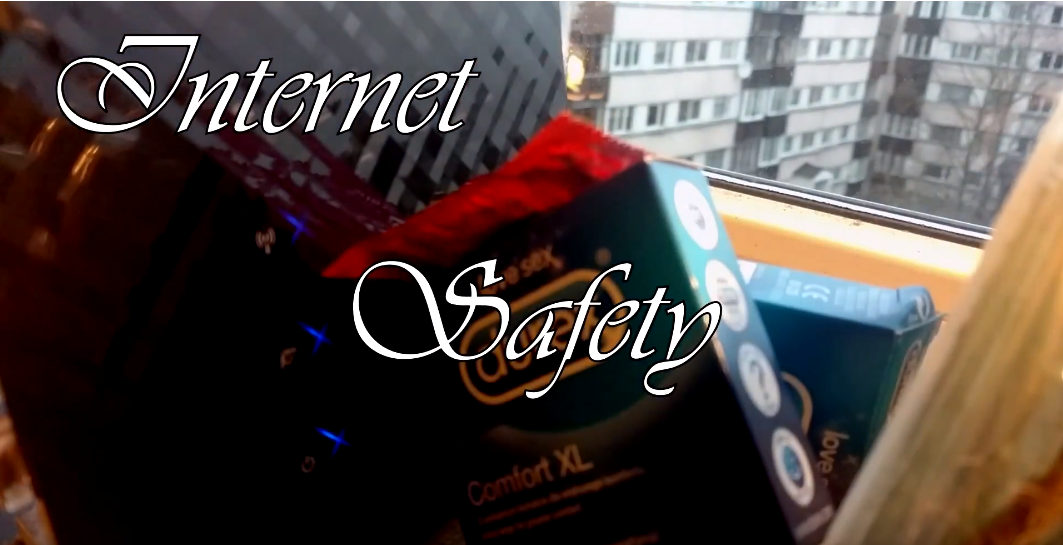 The judges commented: "This video showed outstanding work and thinking "outside the box", creativity, technical quality and storytelling. We especially liked how the common digital troublemaker - the virus - had taken a relatively human form in the video and was placed in the "villain" role. The creators of the video managed to keep the audience engaged by using humour in order to tell a story with an important message - very well done! The team showed some real commitment and obviously put a lot of effort into the making. Thank you! We hope to see many more films from you in the future!"

Second place in the category "Special mention" (voted by the project coordinators) went to a Lithuanian video called "Think Before You Post", created by Arnas Kajokas, Gabija Kurkulytė, Gabrielė Didrikaitė, Lukas Vrubliauskas and Veronika Šumilova.
The judges commented: "This video represents the topic of which every youngster will have experience at some point: finding a spouse or a job. It puts our lives in perspective and raises important questions, like what does my online reputation do in that regard? There was a very nice approach to online reputation and to online self-representation! It is a great story supported by good camera work."

The judges commented: "This video presents the important topic of preserving valuable and compromising data on your computer and delivers good knowledge about what can be restored from your devices. The video was very well thought through – the script, storyline and technical solution make it complete and interesting to follow to the very end. In the video, you can see really professional camera work where all the angles are thoroughly prepared."

The Austrian youth were given a special mention for contributing so much important content to the project. The videos titled "Cyber-mobbing", "Right on your own picture" and "Self-image" were also strongly mentioned throughout the voting.

Robert Pärnpuu and Georg Šumailov, creators of the best video, concluded that in order to make an excellent video you should enjoy the process yourself and then the results will be nice for others to see also: "Coming up with the idea was one of the hardest parts of the process: we had a huge number of ideas that were scrapped, even some of which we had worked on for a longer time than we are willing to admit. The most important thing we learned during the whole production process was that you need to have fun! At first, we took it much more seriously and ended up with something that lacked character and we were never proud of. And, because we're both very tech savvy, we didn't want to portray internet safety as something boring and obnoxious, but rather as something interesting, while keeping the informative parts present."

HITSA especially wants to thank all the coordinators participating in the project: Matthias Jax from Austria, Gertha Teidla-Kinitsõn and Margit Laidvee from Estonia, and Jūratė Drazdauskienė from Lithuania. The project was financed by the European Commission.
Find out more about the project using the following links:

Find out more about the work of the Austrian, Estonian and Lithuanian Safer Internet Centres, including their awareness raising, helpline, hotline and youth participation services.

The European Youth Panel (YEP) is just around the corner! YEP, it's that time of the year when European youth representatives come together to share their work and views on how to foster a better internet for children and young people. We've learnt from previous editions of YEP (see also YEP 2015 and YEP 2016) that young people can do amazing and creative work together, engaging in discussions and activities that aim to empower them to be responsible users of online technologies.