With the 2017 event, European CodeWeek celebrated its fifth anniversary. This year's campaign crossed the European border with events taking place on five continents.

70 events from the Czech Republic were registered on the CodeWeek.eu website. Among the organisers were the most active girls from Czechitas at the Pilsen Robotics Center, but new initiatives such as Meet and Code, LogisCool, and an eTwinning programming were also launched. Special mention should go to the Czech Unity of School Informatics who promoted a campaign in schools. 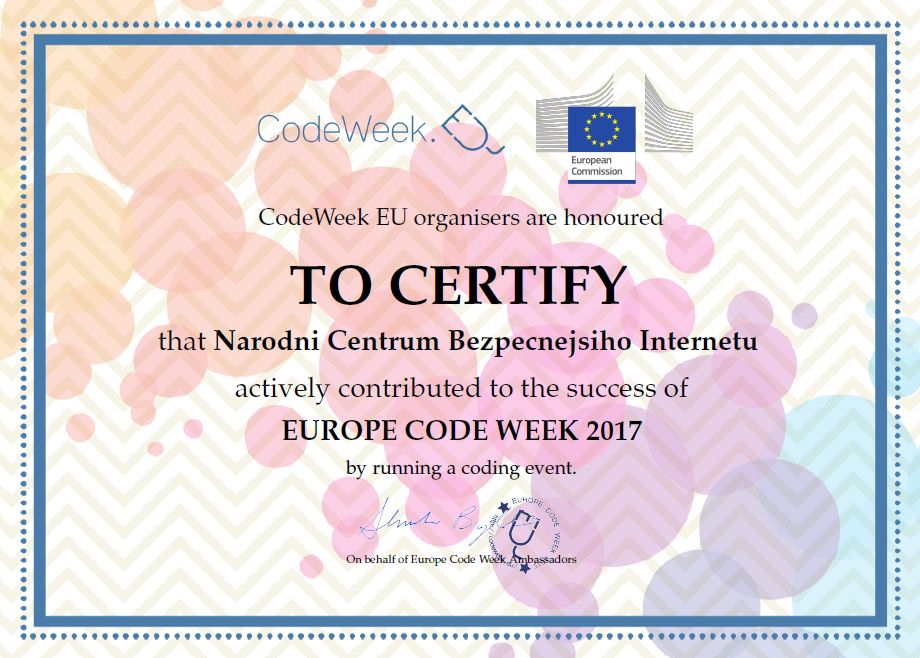 The Czech National Safer Internet Centre (SIC) contributed to the campaign by organising a Roundtable on cyber security education. The roundtable was held at the European House in Prague on the occasion of the launch of the European Cyber Security Month. Each event organiser in the European month of programming receives a certificate from the organisers after informing them about the organisation of their event. News and suggestions for event organisers of the CodeWeek campaign are regularly posted to the CodeWeek CZ Facebook profile.

This year's campaign in Czechia was undoubtedly more successful than last year, but there is still more work to be done! Overall, 56 countries around the world joined the campaign. With its 70 events, the Czech Republic is slightly above average in terms of activity, being placed 25th on the CodeWeek Scoreboard. 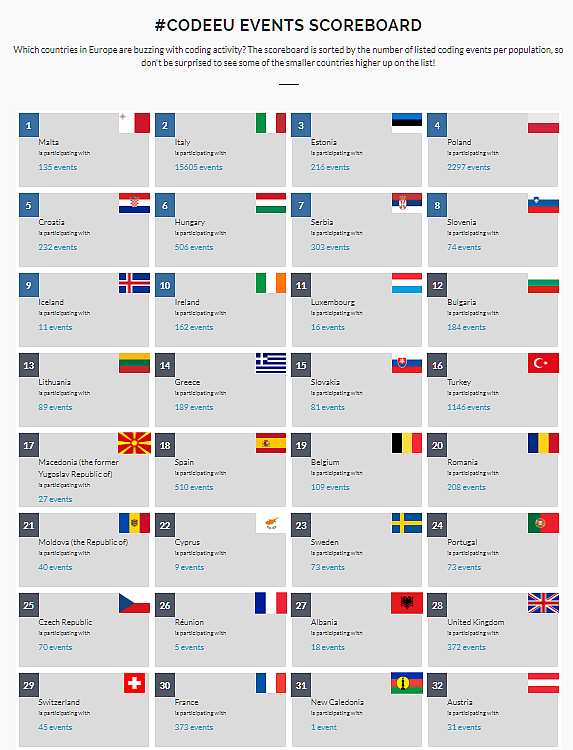 Find out more about the work of the Czech Safer Internet Centre, including its awareness raising, helpline, hotline and youth participation services on the Better Internet for Kids (BIK) portal.

Get Online Week in Czechia

Get Online Week (GOW) is an annual digital empowerment campaign in Europe that engages and encourages people to use technology and the internet with confidence and with skills that allow them to benefit from the world of online opportunities. Supported by corporations, NGOs and public authorities, the campaign is organised each year in March by Telecentre Europe (TE), an umbrella organisation that represents European networks of ICT learning centres.

The fourth edition of EU Code Week is fast approaching, taking on the challenge of teaching European citizens how to code.