INHOPE, the International Association of Internet Hotlines, has published its Annual Report 2016.

INHOPE is a global network of national internet hotlines, each sharing the common mission of combatting the spread of online child sexual abuse material (CSAM) and child sexual exploitation (CSE). 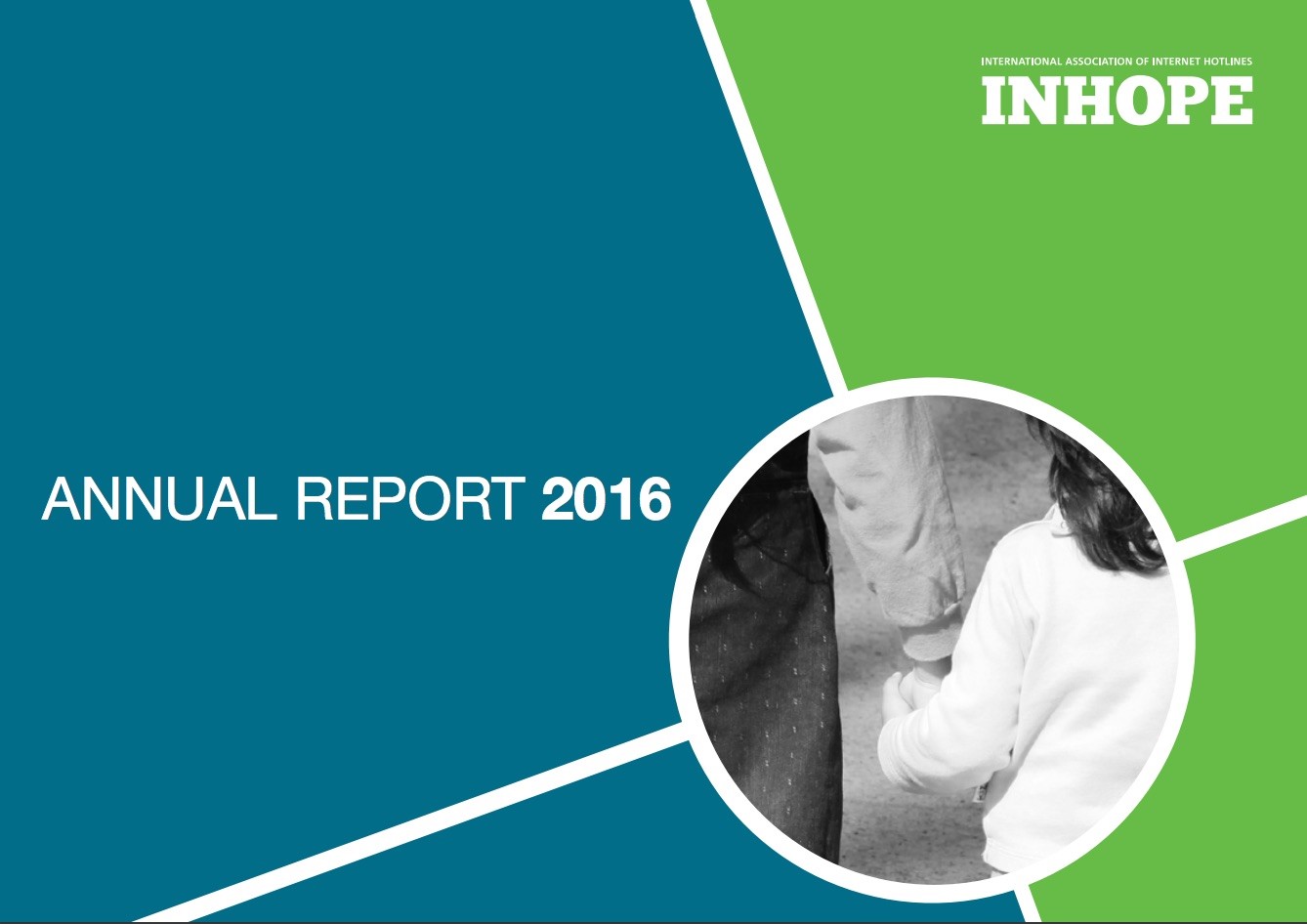 Each hotline offers the public in their country a way to anonymously report any suspected CSAM they find on the internet with a common message: ‘'Report it. Don't ignore it.'' Reports submitted to hotlines are assessed by trained analysts. If the content is confirmed as CSAM, the information is then passed to the relevant law enforcement agency and/or Internet Service Provider (ISP) for further action. If the content is identified as being hosted in a different country, the report will be forwarded to the relevant hotline in that country. This process allows for the rapid removal of content from the internet, law enforcement to gain valid evidence, and the potential rescue of a victim.

The reality of fighting these crimes against children is that the public holds a great deal of power to help victims. A single report can make the difference in the identification of an image or the rescue of a child, and internet users must always report what they believe to be online child sexual abuse material.

This review of 2016 showcases the network's achievements, and provides insights into its continuing work.

Find out more about the work of internet hotlines on the INHOPE website.

"Yes awkward": the new campaign of the Hungarian Internet Hotline

In July 2018, the National Media and Infocommunications Authority of Hungary launched a new campaign to promote the internet hotline. This campaign features commonly used emojis in two different contexts: in the first instance, they have a harmless meaning, whilst in the other their meaning can be abusive, offensive or threatening.

While technology provides a lot of benefits, it has also been exploited for illegal activities such as producing, accessing and distributing child sexual abuse materials (CSAM). Online child sexual exploitation (OCSE) is a growing concern among stakeholders, however, not many people are aware of or recognise the nature and scope of the problem.

In February 2018, INHOPE, the International Association of Internet Hotlines, hosted a focus group on the future needs of hotlines. It provided an opportunity to hear about the current landscape concerning child sexual abuse material (CSAM) from John Carr OBE, internet safety and security expert and INHOPE Advisory Board member, who also chaired the session.

The social web is full of content that trivialises self-harm behaviour such as suicide, self-injury or eating disorders and encourages copycat behaviour. Young users are often not aware of the negative effects and hence platform operators must protect young people from such content.

Save the Children Finland in co-operation with the Criminal Sanctions agency and the Hospital District of Helsinki and Uusimaa (HUS) created a self-help program for adolescents and adults who are concerned about their sexual interest in children.

Combatting online child sexual abuse material (CSAM) is an ongoing battle with increasing numbers of invested stakeholders collaborating to do everything possible to keep the internet free of such content. INHOPE (the International Association of Internet Hotlines) hosted a panel discussion during the recent European Commission funded Safer Internet Forum (SIF) to discuss collaboration, bringing in different perspectives from some of the actors who have taken up the fight. The key message that resonated strongly among the panellists was collaboration.

INHOPE, the International Association of Internet Hotlines, is a members' organisation, run for its members by its members. Members vote to elect a President who leads an elected Executive Committee, also known as the Board.