Artificial intelligence and the future

The Austrian Safer Internet Centre (SIC), Saferinternet.at, recently attended the "Future Innovators Summit" of the Ars Electronica Festival. Read on to find out more about the event. 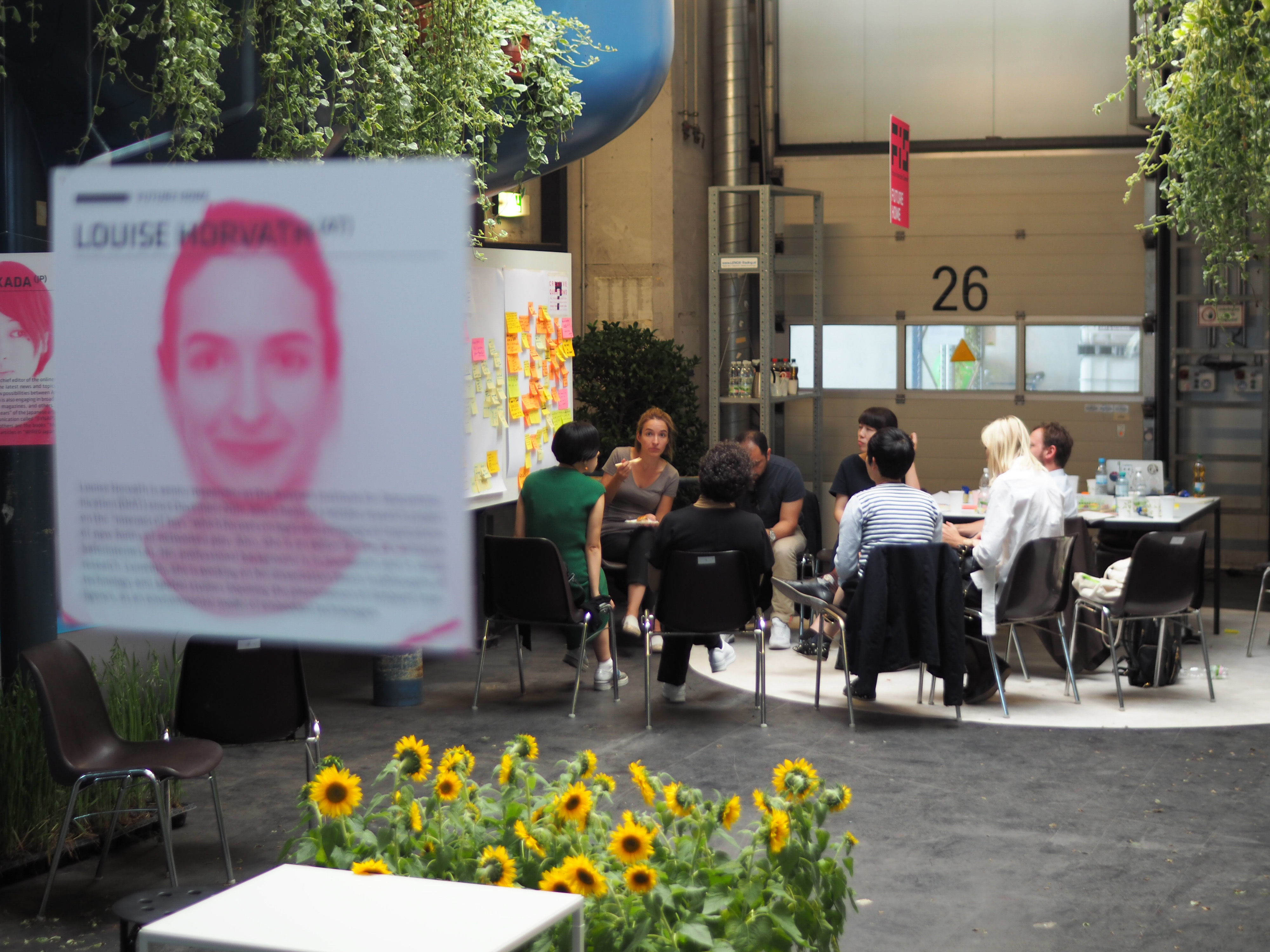 Photo: Louise Horvath from the Saferinternet.at centre at the public brainstorming session of the future home working group at the FIS of the Ars Electronica Festival. Photo Credit: Martin Hieslmaier

How will artificial intelligence (AI) shape children's futures? What opportunities and risks do the development of chatbots and the Internet of Things (IoT) bear? How will our living together be shaped and who will have agency in these environments?

These were some of the questions posed at the Ars Electronica Festival in Linz, Austria, held under the title "Artificial Intelligence – the Other I". The event is an internationally-established festival for media artists, researchers, technologists and the public at large. This year it attracted over 100,000 visitors with more than 600 events. For the first time, Saferinternet.at had the opportunity to present its research into the Internet of Toys at the Future Innovators Forum (FIS).

The FIS is a creative hub for which 20 international participants from various fields are carefully chosen to debate on the future of home, work and humanity at large. Louise Horvath, senior researcher at the Saferinternet.at centre, was invited to join the group of experts on "home" to contribute with insights into the Internet of Toys study, which commenced in December 2016 (funded by the netidee). In three days of intense workshop discussions, the group worked on creative questions: a format that should allow the development of concepts for missions for the future.

Inspiring projects for Saferinternet
The event was immense, and was widely visited also by young people. Children could, for instance, build neuro-computer interfaces and headsets, while there were a lot of gaming and virtual reality applications, as well as 3D-printing services offered to the public. Some of the projects were especially interesting from the Safer Internet Centre perspective.

The "Create your world" initiative was reserved for media artists and innovators under the age of 19 and offered interesting insights into young people's perspectives. One prize-winning project was, for instance, the education platform "NERVE Lessons on Demand", which aims to give pupils the chance to watch missed classes online. Also, winner of the "Golden Nica" award was the project "Nonvisual-art" by Lisa Buttinger which showed an image which was simultaneously visible and invisible. Where seemingly there was nothing, an image appeared when the visitor used a filter or 3D glasses.

Some projects were inspiring because of their approach to issues at stake in digital media usage. In the exhibition of "Out of control – what the web knows about you", for instance, the artists Paolo Cirio and Alessandro Ludovico filtered one million Facebook profiles with facial recognition software and grouped them according to similarities of the data as well as the faces. Accordingly, the profiled individuals were introduced to each other via email.

Virtual reality as an empathy machine?
Finally, lots of artists focused on virtual reality applications. There was a wide range of applications that showed how easily, despite the technical limits of today, the immersion experience works. One installation which drew attention was "Out of Exile" by Nonny de la Peña. It showed a coming out scene – a young boy speaking to his family in the living room, and them listening and attacking him for being gay. The visitor could move within the living room and change positions while the discussion evolved towards a fight. This was a highly-interesting experience and raised questions as to whether we will move towards other awareness-raising materials in the future to work with immersive experiences for strengthening empathy in young people.

Are YOUth ready for the future? Insights on artificial intelligence and its impact on life

A new youth webinar on the subject of artificial intelligence aims to empower Insafe network youth panellists and equip them with additional knowledge on the implications of AI on privacy, protection of data and ways of living. The webinar, taking place on Thursday, 29 June 2017 from 18:00 CEST, is part of a wider elearning programme for youth to provide them with the necessary knowledge and skills to be responsible digital citizens, able to benefit from meaningful participation and involvement in discussions that matter to them.