Facing the challenge of fake news

In the June 2017 edition of the Better Internet for Kids (BIK) bulletin, we look at the highly topical issue of fake news. Here, Saferinternet.at, the Austrian Safer Internet Centre (SIC), outlines how it is meeting the challenge with resources such as a bingo card, a parental video guide and educational material for teachers.

Most young people consume media they do not consider trustworthy – this insight from the Youth Internet Monitor 2017 from the Austrian SIC points at how essential it is to develop materials for digital media literacy1.  Saferinternet.at has chosen to support young people in discriminating among breaking news, propaganda, fake news and hate speech with three approaches: a game, a video and exercise-based educational material.

The game: Let's track the fake news down
While playing, we are absorbed by the act itself. Thus, integrating games into media literacy education has an enormous potential to transmit knowledge into everyday practice. This is especially relevant regarding the prevalence of fake news in the daily consumption of digital media by young people. Saferinternet.at's "Fake news bingo" is a playful attempt at strengthening the capacity of young people to think about evaluating what they read on the internet. It is inspired by the populism bingo of the Finnish colleagues (English version: populismibingo.fi). 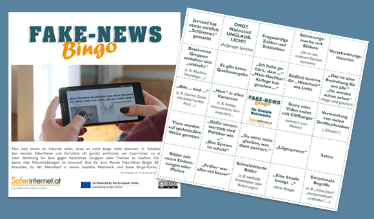 The fake news bingo card focuses on certain key formulations, the language used and other indications of improperly researched news, political propaganda, satire or hate speech. This material is used within more formal settings such as trainings in schools, but has primarily been conceived as a game for daily media consumption by young people.

The video: There is no such thing as a stupid question
A key element of the advisory work of Saferinternet.at is the production of a video series entitled "Frag Barbara!" (Ask Barbara, www.fragbarbara.at). Therein, Barbara Buchegger, a pedagogical project manager at the Austrian SIC, answers parents' questions. 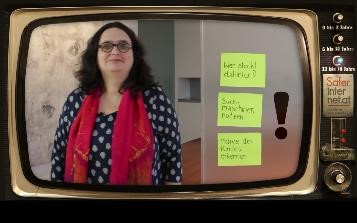 In the video (2.39 min) on "rumours on the net", a parent (off-voice) is concerned about their child talking about news "found on the internet" that seem a little dubious. Barbara advises on, for example, how to search for information on the internet, how to check that photos have not been distorted, and how to playfully integrate media literacy education into the parent-child context.

Watch the "Rumours on the net" episode of Frag Barbara on the Saferinternet.at YouTube channel (German version).

The lesson: Put knowledge into practice
The education material for schools on "True or false" covers 17 topics with 17 exercises. It is a concise 50-page resource on the various aspects of fake news. It also includes lessons on how to evaluate chain letters and on how to recognise in-app ads. The exercises are playful and linked to everyday situations, for instance explaining one's favourite app to parents, how to recognise a pretentious YouTube star, or explaining phishing to one's own grandparents. The printed version of the material is in high demand and has received a significant level of interest from schools because of its wide scope and easy-to-integrate exercises. 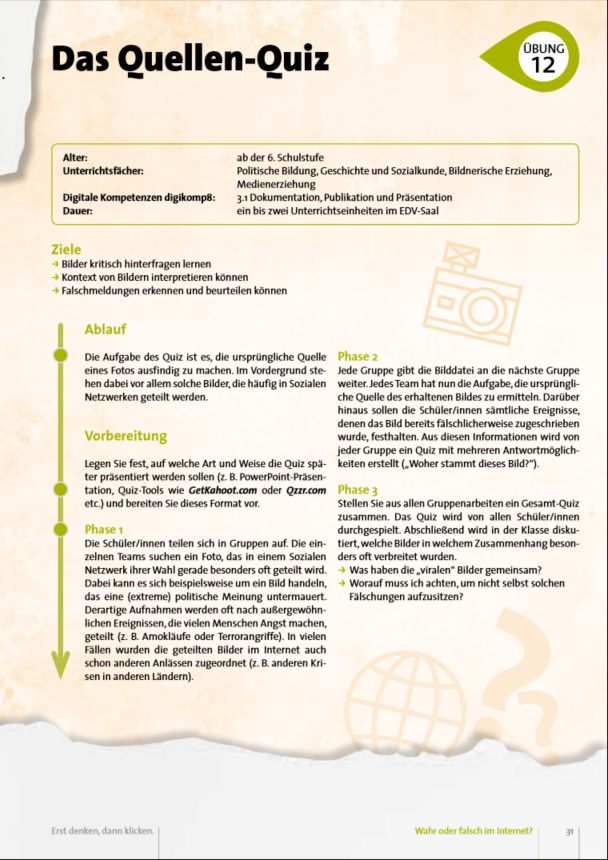 Fake news, echo chambers and filter bubbles: what you need to know

In each edition of the BIK bulletin, we look at a topical issue – our latest edition focuses on fake news. Fake news, echo chambers and filter bubbles are hot topics right now. Are they the next generation of online-related challenges? Are they old foes wearing new clothes? Or are they something else? Martina Chapman, an independent specialist in media literacy, considers the role that critical media literacy, supported by cross-sector collaboration and coordination, may have in countering these issues. Read on to find out more (read the full June 2017 edition of the BIK bulletin here).

Not everything we see online is truthful, but it can be hard to tell the difference between fact and fiction. To help, the UK Safer Internet Centre (SIC) has put together a few quick tips for young people to help them distinguish between the two when reading articles online.

The June 2017 edition of the Better Internet for Kids (BIK) bulletin focuses on the highly topical issue of fake news. Here, the Greek Safer Internet Centre (SIC), SaferInternet4Kids – Foundation for Research and Technology-Hellas, shares some insights into the phenomenon in the country and how fake news is being exposed.

In Austria, sexting by mutual consent is not illegal

In this article, Barbara Buchegger, of Saferinternet.at, updates us on a change in law in Austria: