Our national focus this year was on (online) bullying, with a number of new publications on the topic. Several online and offline measures helped to further promote the subject.

New materials
For the first time, klicksafe published an education pack in advance of Safer Internet Day, including three practical projects for schools. The material "SID spezial" on (cyber)bullying has been downloaded more than 1,200 times since its release in the middle of January 2017. As an incentive, participating schools could also register for a competition and win an anti-bullying training session for their school.

SID press conference
The klicksafe main SID event was a press conference at a school in Berlin (Französisches Gymnasium) with keynote speeches by Federal Government Commissioner for Culture and the Media, Prof. Monika Grütters, and neuroscientist Prof. Dr. Joachim Bauer (University of Freiburg). During the press conference, the new klicksafe material "What to do about (cyber)bullying?" (Was tun bei (Cyber)Mobbing?") was introduced with a short expert talk (klicksafe, Nummer gegen Kummer, Konflikt-KULTUR). The material marks a shift in the way of addressing (cyber)bullying: with an interdisciplinary and systemic approach including measures of intervention, bullying is presented in its entirety. Several workshops and a town hall discussion with well-known supporters such as actress Felicitas Woll, YouTube stars from "The Simple Club" and more than 120 pupils were also part of the event. 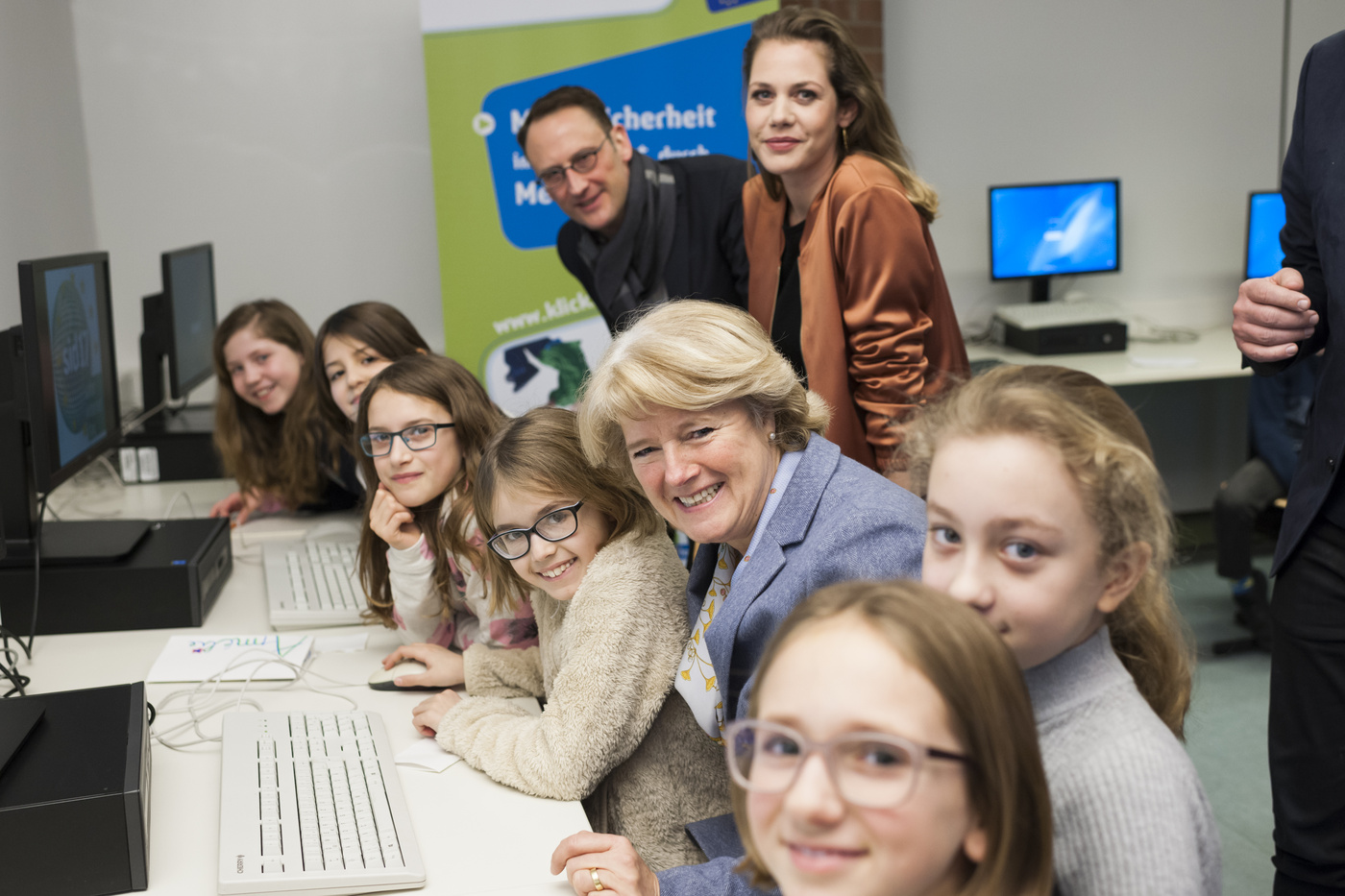 Online campaigns
The German awareness centre, klicksafe, collaborated with helpline and hotline partners for a Thunderclap campaign called "Mobbern den Ton abdrehn" (Mute bullying) with a social reach of up to 328,000 impressions before SID.

In collaboration with well-known German YouTube stars, klicksafe produced a video series called "Ich war's" (I did it) with confessions of bullies, victims and bystanders. The format has proved to be a huge success with 70,000 views of the video in less than a month - watch the video series here.

As a learning from former editions of SID, the German Safer Internet Centre (SIC) decided to hold an anti-bullying week by extending its social media activities in the week following Safer Internet Day with daily posts featuring different aspects of (cyber)bullying, promoting also partner activities and competitions. One activity was a photoshoot and a call for pictures with the time out sign as a statement against bullying. 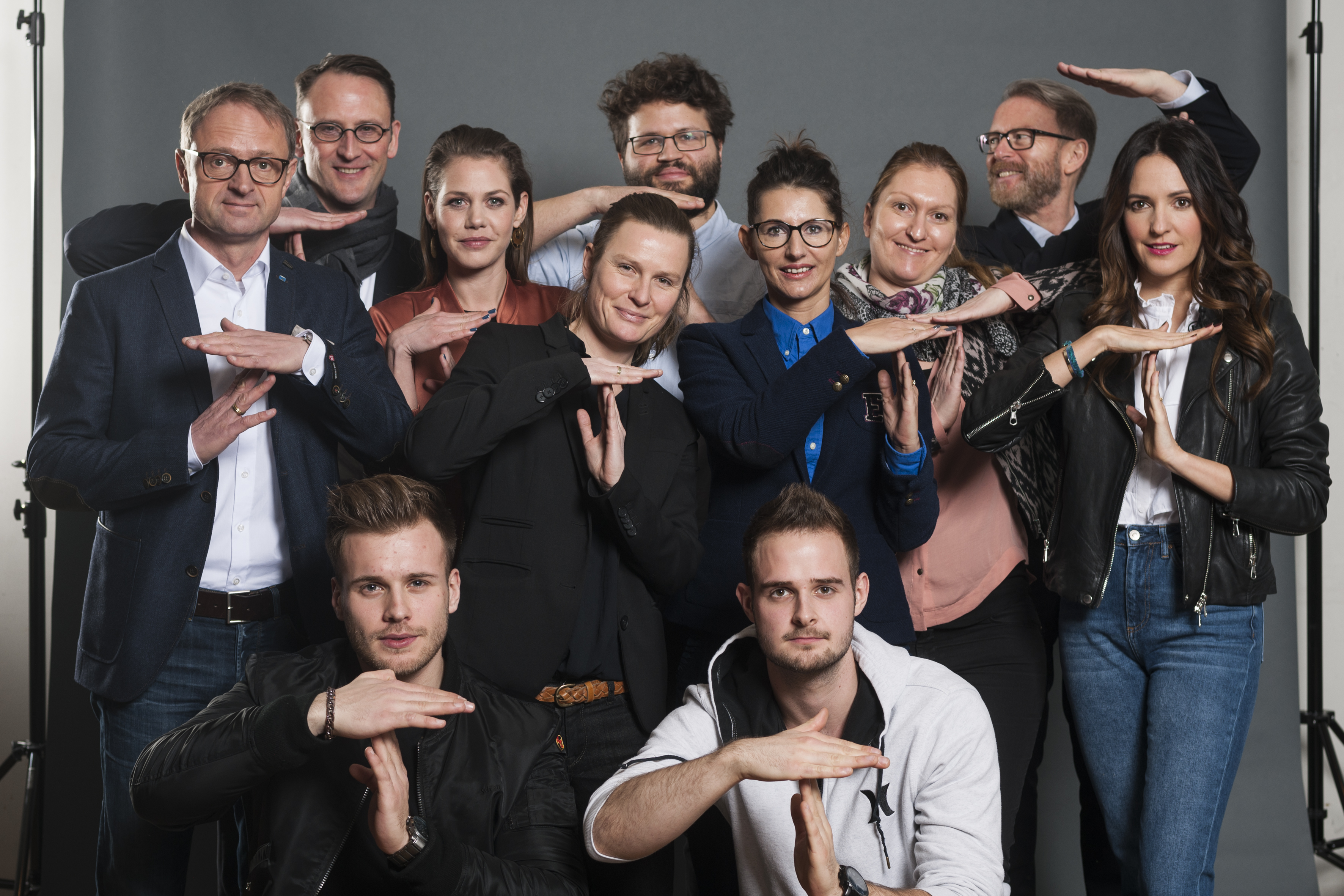 An overview of the key aspects of our work can be found on our Safer Internet Day storytelling site: www.klicksafe.de/stopmobbingwoche (which has received over 15,000 page views within one month).

Find out more about Safer Internet Day in Germany.

On the occasion of the 20th anniversary of FSM, the association for voluntary self-regulation of digital media service providers in Germany (and one of the hotline partners of the German Safer Internet Centre (SIC)) published Jugendmedienschutzindex (Youth Media Protection Index), a representative survey on youth media protection focusing on how parents and young people cope with online risks.