As part of our ongoing roundup of activity across the globe to celebrate the 2017 edition of Safer Internet Day (SID), here we hear from our colleagues at the Slovenian Safer Internet Centre on how they marked the day with a live video show.

In Slovenia, the main Safer Internet Day event was held on the eve of SID on 6 February 2017. The National Awareness Centre (NAC), SAFE.SI, organised an online live debate show for Slovenian schools entitled "Cool manners online". The main idea was to promote polite behaviour online, netiquette and responsible use of social networks, mobile devices and other apps. During January, the NAC collected questions from pupils across the country on these topics, which were then answered live on the show by a comical fictional character "Hipster Bedanc" and internet safety expert and trainer, Benjamin Lesjak.

The show was very successful and attracted a lot of viewers. More than 100 schools registered to watch the live stream in classrooms, school halls, and so on. Furthermore, the recording of the debate was watched more than 5,500 times between 7 - 24 February 2017. The show was supported also by the Ministry of Education, Science and Sport. The Ministry fully promoted it by making an invitation clip for schools and spreading it through its channels. What's more, the Minister, Maja Makovec Brenčič, greeted all of the participating pupils at the beginning of the debate. 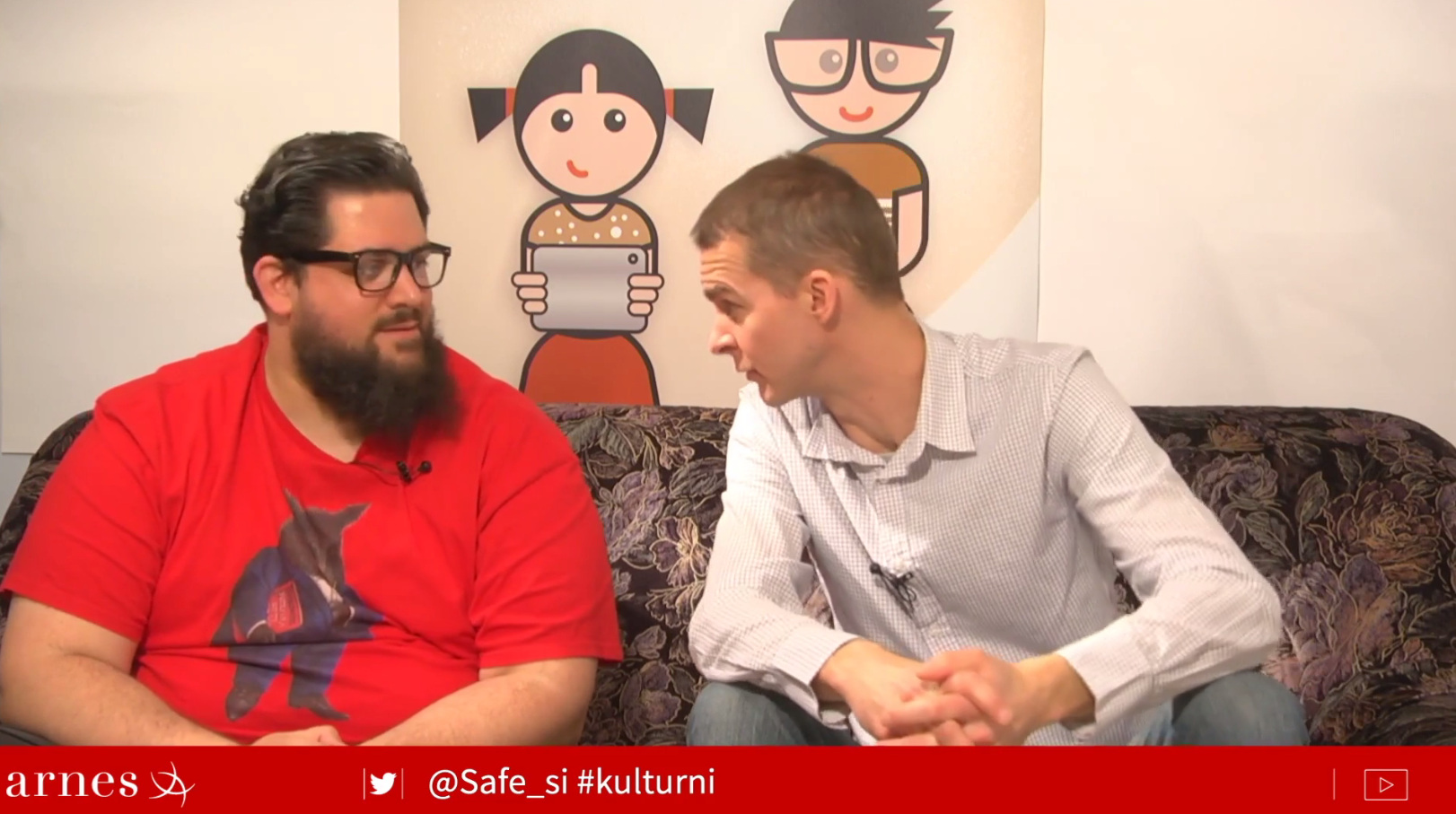 The show was intended for elementary school pupils aged 12-15 years. The main concept was to promote the idea that being polite and well-mannered online can be cool. This topic was chosen because Safer Internet Day 2017 was one day before Prešeren's Day, a public holiday that celebrates Slovenian culture.

Our idea was to make the show both funny and educational. This is why we invited a well-known actor, writer, translator and stand-up comedian Boštjan Gorenc – Pižama to collaborate. He has created and played the character "Hipster Bedanc" in our educational videos about wrongdoings while using smartphones that were created a couple of years ago and very well received by Slovenian youth. Our second guest, Benjamin Lesjak PhD, is an expert on internet safety and legal matters online and is also conducting awareness centre training sessions for teachers, parents and pupils in Slovenian schools.

The core of the show was answering some of the more than 100 questions collected from pupils in our workshops. Hipster Bedanc answered in funny way, making improper comments and talking out of his experience. Benjamin commented on Hipster's actions and words and gave proper advice and answers. There was a visible chemistry between the two and the debate was very interesting to watch. We were also Tweeting live during the stream and accepting questions through this channel. We've received lots of positive feedback, congratulations and some photos from classrooms through Twitter and email. 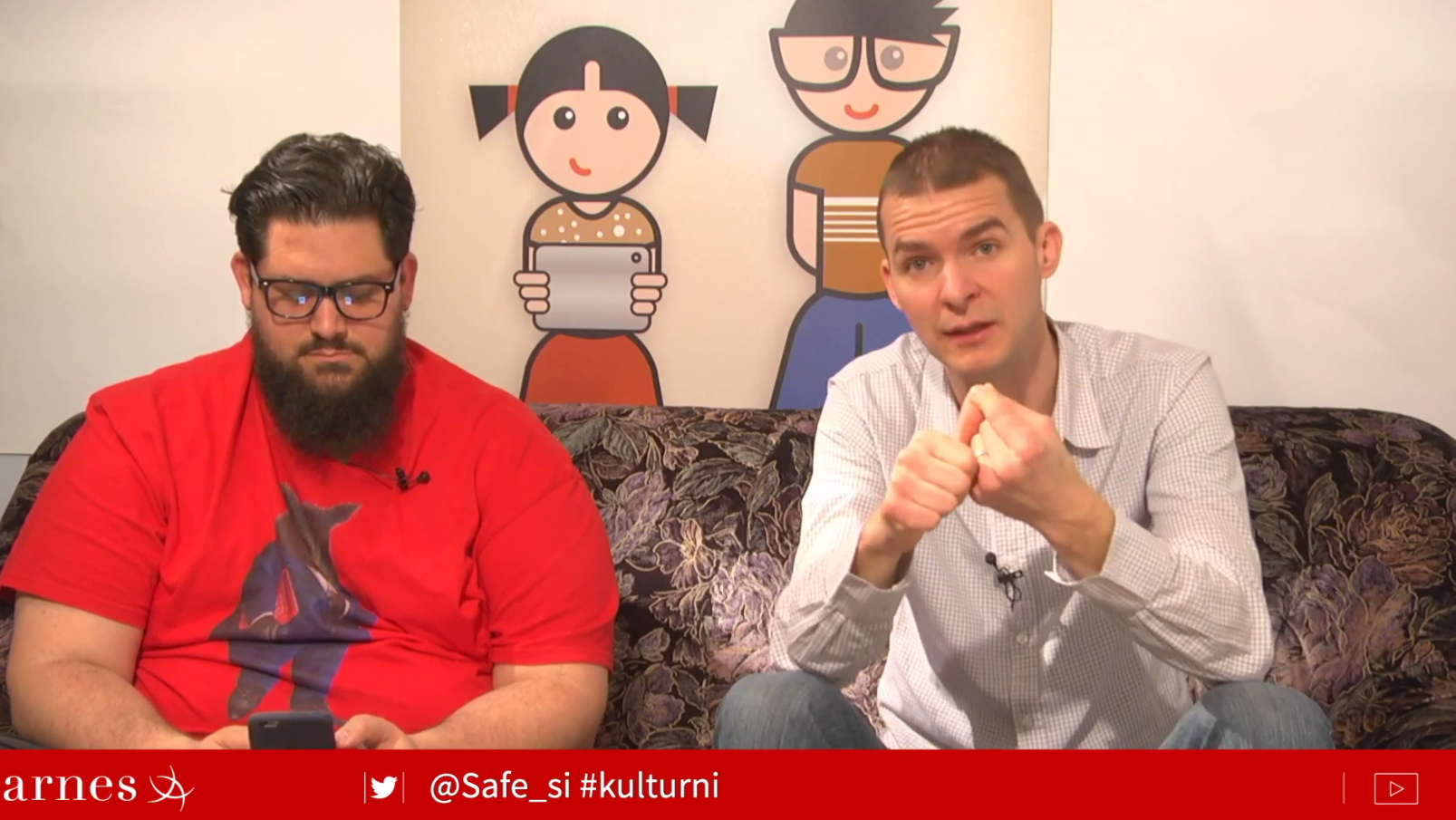 The show was hosted by Maja Vreča from ARNES - Academic and Research Network of Slovenia (a partner of the Safer Internet Centre (SIC)). The live broadcast was made from an improvised studio provided by ARNES, which also arranged the technical equipment and technical staff.

A recording of the video show is available from the ARNES website.

Find out more about Safer Internet Day in Slovenia.

Find out more about the work of the Slovenian Safer Internet Centre, including its awareness raising, helpline, hotline and youth participation services.

During 2017, Slovenian hotline, Spletno oko, marked the 10th anniversary of receiving reports on child sexual abuse material (CSAM) and hate speech. At the seventh annual conference, e-Abuse of children: yesterday, today, tomorrow, taking place in September 2017, the hotline presented the results of its work at a separate press conference where other experts in this field were also invited to share their experiences.

The Luxembourg Netiquette: for a respectful coexistence online

The Press Council of Luxembourg and BEE SECURE (the Luxembourgish Safer Internet Centre (SIC)) have published some ground rules for users in the form of "Netiquette".

299 pupils, 53 teachers and 38 schools from all over Slovenia have participated in this year's annual award competition for schools. This competition has been one of the most popular activities organised for Slovenian schools in recent years.

How can politics intervene in preventing cyberbullying? Do you wake up at night to check your phone? Are you listening to YouTubers' suggestions? Do you think that the internet will be a safer place in 2017?