As part of our ongoing roundup of activity across the globe to celebrate the 2017 edition of Safer Internet Day, here we hear from our colleagues at the UK Safer Internet Centre on how football clubs in the country got behind the campaign.

This Safer Internet Day, football clubs across the UK got behind the campaign, including Premier League clubs such as Bournemouth, Chelsea, Crystal Palace, Everton, Hull City, Liverpool, Manchester City, Manchester United, Middlesbrough, Stoke City, Sunderland and Watford, among others, as well as Football League clubs across the UK such as Newcastle United and Sheffield Wednesday.

They delivered a range of exciting activities, from youth events and player involvement, to social media support and promoting Safer Internet Day in their match day programmes.

Highlights from clubs across the UK include:

A snapshot from Merseyside

In Liverpool, local schoolchildren visited Liverpool and Everton Football Clubs for special Safer Internet Day events. Our Online Safety Consultants Andy Wood and Alan Earl were part of these events to help teach young people about the power of image. 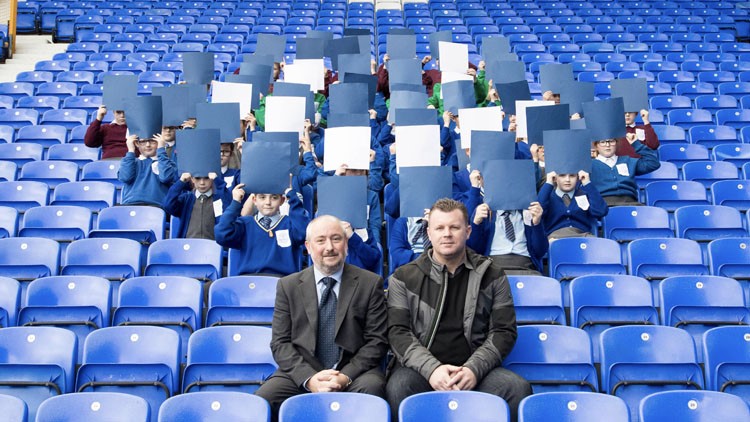 "Since SID 2016, I have got to know Everton Football Club and their fantastic safeguarding team really well, and we were confident that we could plan an exciting morning for local primary school pupils.

"On the day, six local schools each sent 10 pupils to the Alex Young suite at Goodison Park. I was concerned at first that the club were only working with schools with blue uniforms, but this proved to be an unfounded suspicion!

"In typical primary school fashion, we sat the children on the floor, in neat and tidy rows in front of the big drop down screen. I then started showing the pupils my avatar and we talked about safe ways to use images in their online life.

"The presentation available to download in the education packs proved very popular and got everybody talking about images. I tried to think of the last image I had used, and had to admit that I couldn't recall what it was - but that I suspected it was food related (I later discovered that I was right!). Not surprisingly, for most of the young people their most recent image was either of themselves or their friends.

"All of the pupils were great at recognising the risks of accidentally sharing personal information in their images, and we all agreed that we could look after ourselves and our friends by thinking about the images we shared. I did take a picture of all of the children to share on Twitter, but they were very quick to realise that I hadn't asked them properly if that was going to be ok. They then watched as I deleted the image - in front of a witness.

"We then began to develop ideas around emojis, and the pupils all mixed together and discussed how to make the internet a better place. With the help of the Everton in the Community team, we wrote these down on big emojis, and some of the boys and girls read out their brilliant ideas to everyone.

"Everybody completed their emojis just in time, before former Everton player Graham Stuart arrived. Graham was more than happy to chat to everyone, pose for photos and autograph the emojis.

"Then came the highlight of the day, a visit to the pitch and the stands to make a giant blue and white smiley face. Graham even gave us a tour of the changing rooms on the way to the tunnel and dugouts, which was an added bonus!

"Each pupil was given an Everton goodie bag as a thank you for coming along, which included a brilliant booklet of activities to support Safer Internet Day, which will be sent to more than 70 schools." 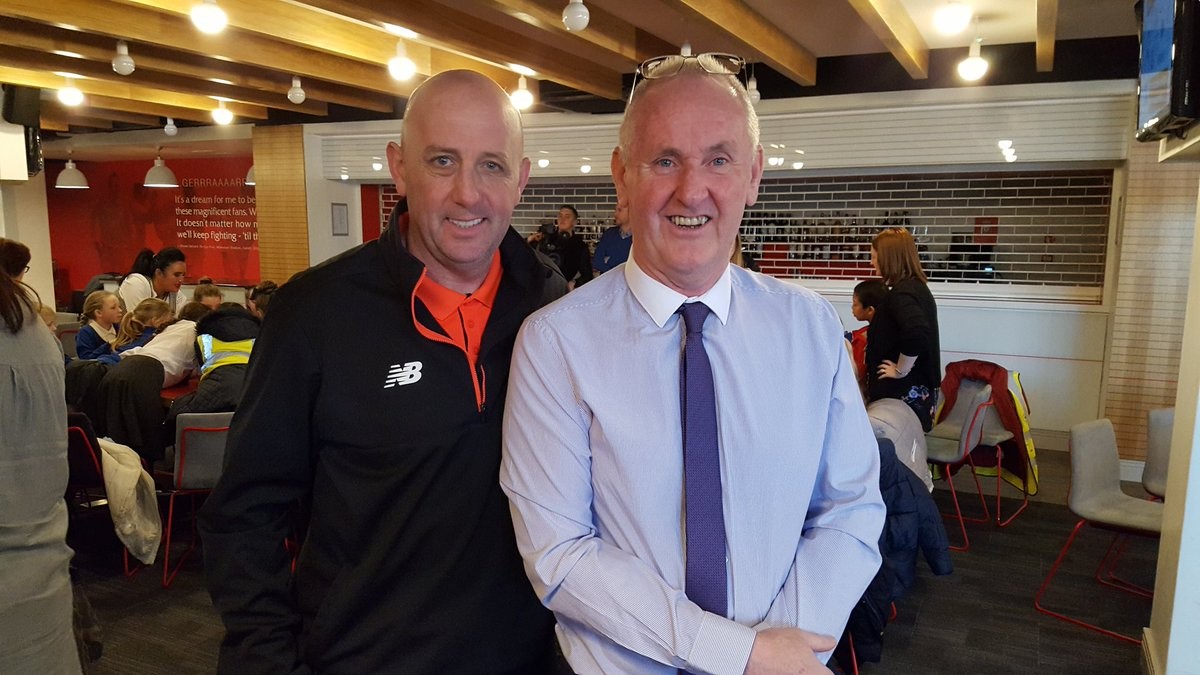 "I had the pleasure of returning to Liverpool Football Club (LFC) for this year's Safer Internet Day, following the success of last year's event when 21 local schools and over 200 children headed to the club on the day.

"This year's event was even bigger with more than 350 children from 25 Liverpool primary schools charging into the Centennial Stand to learn about ‘being the change' and playing their part to make the internet a better place.

"After an assembly, former Liverpool player Gary McAllister spoke to children about his footballing career and answered their questions, before talking to them about online safety and how his own children use the internet.

"The children then moved into another room, where they took part in some exercises and puzzles relating to the theme of the day, ‘the power of image', and designed their own emojis to demonstrate how we communicate through images. The children were incredibly focussed on the tasks and it was great to see them really engaging with the subject.

"The noise and energy levels then went up another notch when Big Red, the Liverpool Football Club mascot walked in. A lot of very happy children then had their photographs taken with Gary and Big Red.

"It was fantastic to be a part of the day and great to see so many young people leaving Anfield enthused with memories of a great morning and an understanding of how to keep their images safe online."

All in all, it was a fantastic day and a huge thank you must go to Everton Football Club, Liverpool Football Club and UKSIC for making it all happen.

This article was originally published on the UK Safer Internet Centre website and is reproduced here with permission.

Find out more about the work of the UK Safer Internet Centre, including its awareness raising, helpline, hotline and youth participation services.

As part of our ongoing roundup of Safer Internet Day (SID) 2017 activities across the globe, we hear from the Bulgarian Safer Internet Centre on how it marked the day.

UK showcases the power of image on SID 2017

For Safer Internet Day 2017, the UK Safer Internet Centre launched a report into the role and influence of images and videos in young people's digital lives. Read more here.

An inspirational Safer Internet Day reaches millions across the UK

As part of our ongoing roundup of Safer Internet Day (SID) 2017 activities across the globe, Will Gardner, a Director of the UK Safer Internet Centre and CEO of Childnet has written a blog on the amazing impact of SID across the United Kingdom.

Here at the Better Internet for Kids (BIK) portal, our aim is to provide a multistakeholder platform showcasing a range of viewpoints and experiences on keeping children and young people safe online. As such, we welcome guest blog posts on our areas of focus. We were recently contacted by TechieJB, a blogger on social media, cyber security, and online privacy, who shared with us her views on keeping teens safe on social media.