Safer Internet Day was celebrated on 7 February 2017 in Greece and all over the world. With a theme of "Be the change: Unite for a better Internet", the day called upon all stakeholders to join together to make the internet a safer and better place for all, and especially for children and young people.

This year, the Greek Safer Internet Centre (SIC) launched a large-scale informative campaign involving a variety of stakeholders including students, teachers, parents and other sensitive groups of society. More than 500 people attended the main event which took place in the Ministry of Infrastructure and Transport with great success. During the event, the Minister of Infrastructure and Transport, C. Spirtzis, highlighted the need of confrontation of digital illiteracy and the Minister of Education, K. Gavroglou, underlined that schools should have a leading role in the development of a creative internet. The Head of Digital Policy Telecommunications and Information Department of the opposition party and member of the Greek Parliament, Anna Michel Asimakopoulou, stated that we all have to work in order to create a safe digital environment for children. 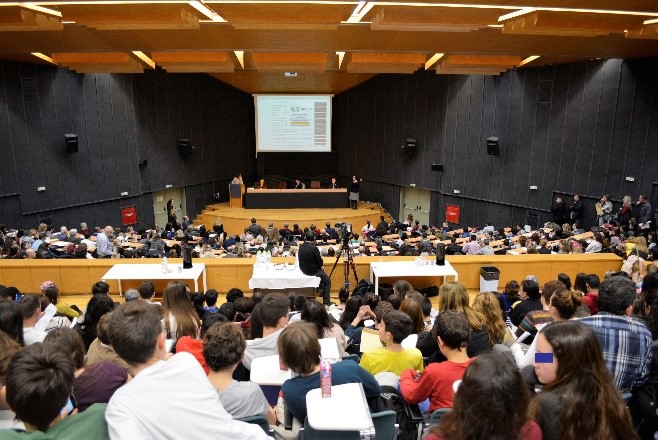 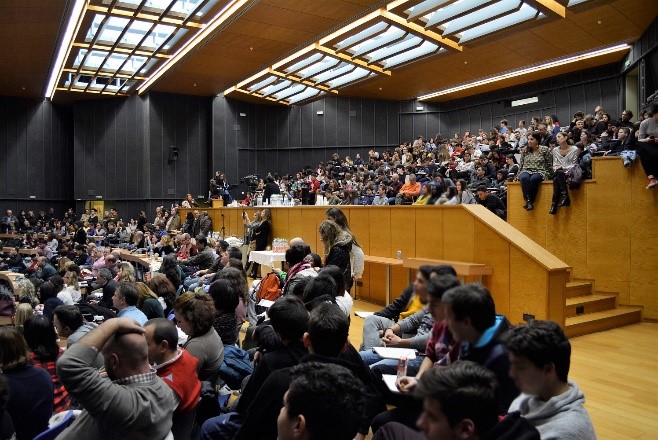 The Coordinator of the Greek Safer Internet Center, Prof. P. Fragopoulou, presented the main activities of the centre, and its efforts to provide a point of reference in user awareness, helpline, hotline, and youth participation (via its youth panel). General Secretary of the Ministry of Digital Policy Telecommunications, V. Maglaras, pointed out than the main aim of the Ministry is the confrontation of digital isolation and that the government should take all the required measures. The Head of the Independent Department for Vocational Guidance of the Ministry of Education, M. Karamalakou-Lappa, noted that the internet should be a tool of progress and not a tool of social exclusion. Among others, Professor of Psychology of the University of Athens, Petros Roussos, gave a speech about the web and social abilities, while Professor of Informatics, M. Paraskevas, talked about safe and creative internet and the next generation of digital literate citizens, while the Edu Web Coordinator of the Regional Education Directorate of Western Greece, A. Louvris, focused his speech on the digital inclusion of adults.

One of the main highlights of the event was the fact that the whole event was translated in sign language while an informative video was presented by the president of the Greek Institute of Sign Language "Communication Bridges", N. Isaris. A large number of deaf people were present at the event. 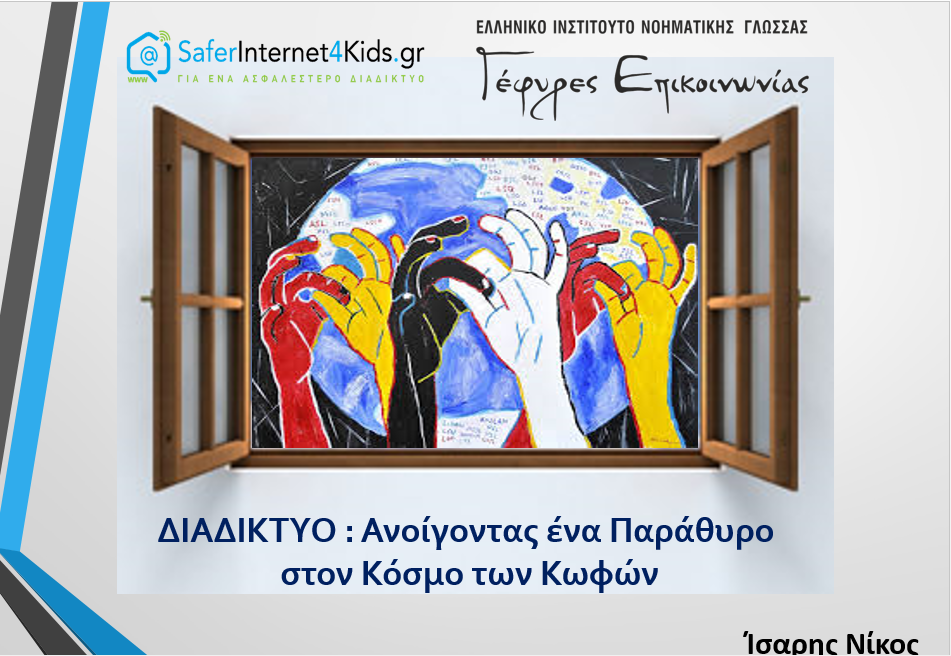 A snapshot of the presentation of the Deaf Association, along with
N. Isaris making a presentation in sign language

The Youth Panel of the Hellenic Safer Internet Centre discussed the risks of sexting which has increased during recent years. The popular singer Natassa Bofiliou encouraged children and young people to respect others online and to think before they post something on the internet. 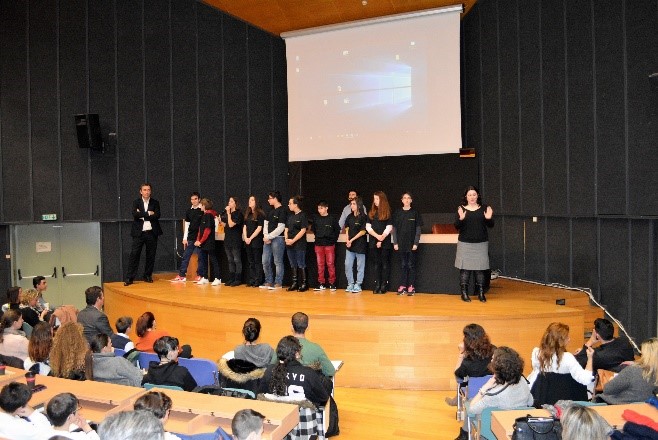 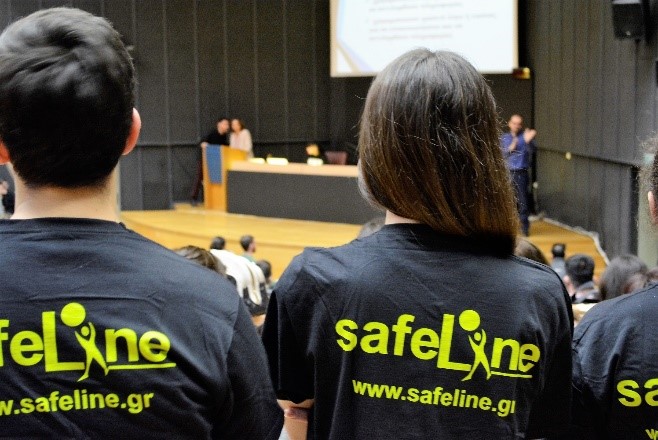 The youth panel of the Greek Safer Internet Centre, SaferInternet4Kids.gr

Here are just a few highlights from the main event of Safer Internet Day 2017.

At the closing of the event, the Hellenic Safer Internet Centre awarded prizes to the winners of the contests that were organised on the occasion of Safer Internet Day. Children and young people were called upon to provide their view on how they can "become the change", how we can all "unite" and what a "better" internet is. Τhe first contest requested the creation of a poster/painting about the main message of SID "Be the change: Unite for a better Internet". The second contest was about the digital education of older people entitled "Educating my grandfather online". Finally, the third contest was about the online possibilities and prospects of the profession that the child wants to follow in the future. More information on the awards and the 330 participants in the competitions can be seen here. 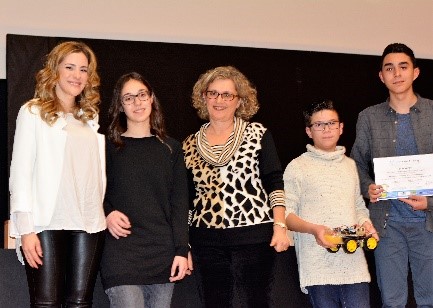 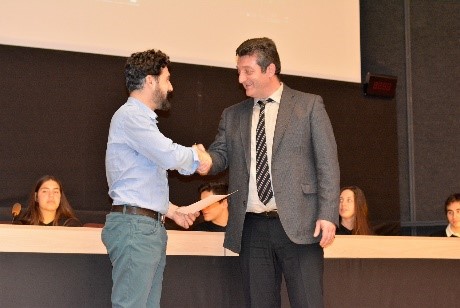 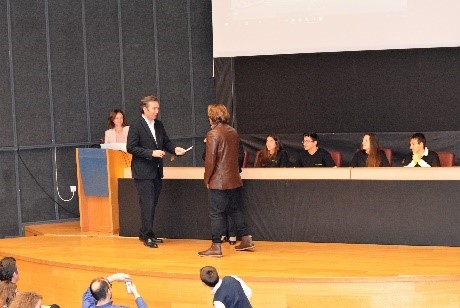 At the same time, more than 300 schools all over Greece organised activities based on the content provided by Hellenic Safer Internet Centre. The content for primary and secondary schools involved quizzes, lesson plans and presentations for the information and education of students. Relevant content has been published for the awareness of parents.

There was a great response and support from the Greek media which published the SIC's press release and also covered the event. Moreover, through social media the message for a better internet was spread all over Greece.

Find out more about the work of the Greek Safer Internet Centre, including its awareness raising, helpline, hotline and youth participation services.

"Be the change: Unite for a better internet" on Safer Internet Day 2017

Safer Internet Day 2017 is here! Taking place today, Tuesday, 7 February 2017 with a theme of "Be the change: Unite for a better internet", we call upon all stakeholders to join together to make the internet a safer and better place for all, and especially children and young people.