The idea of the No Hate Speech Movement (NHSM) came from the youth representatives in the Joint Council on Youth of the Council of Europe following the Oslo attacks and Utøya massacre that claimed 77 lives in Norway on 22 July 2012. The perpetrator was motivated by racist hatred, confessing to perceiving all the victims as traitors for supporting immigration and multiculturalism. It was an attack on the human rights culture upon which Europe is based. Especially alarming was the online spread and support given to the manuscripts of the perpetrator, even after the attacks. In 2012 there were also a number of suicides among youth due to cyberbullying that received significant media attention, including the well-known case of Amanda Todd.

In 2015, following the terror attacks in Paris, Brussels and Istanbul and other cities, the NHSM was prolonged until the end of 2017 as part of the Council of Europe Action Plan on the fight against violent extremism and radicalisation leading to terrorism. The campaign mobilises youth to reclaim the internet with messages of human rights, democracy and solidarity with each other, pushing back hate speech that spreads by offering quick fix solutions, that feeds discrimination and can lead to radicalisation.

The campaign is designed to: 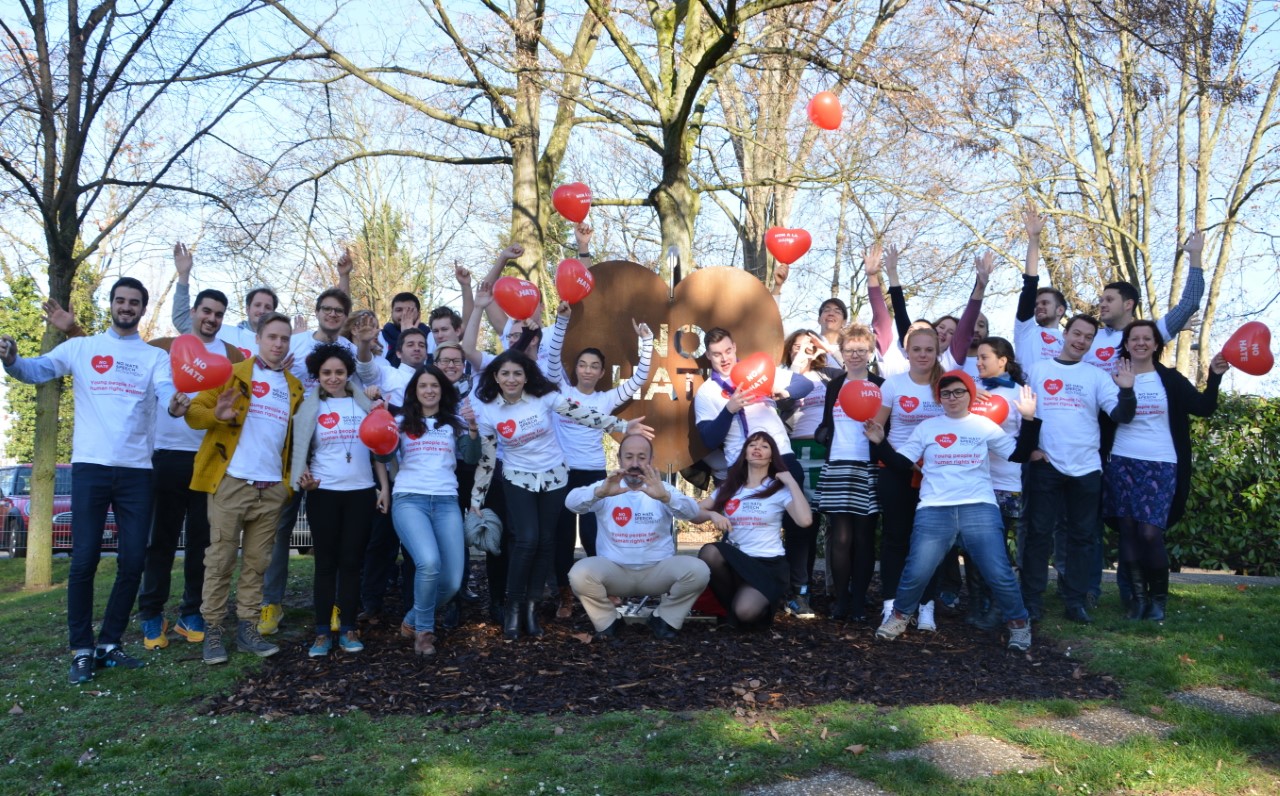 No Hate Speech Movement in practice

The NHSM is composed of national campaigns in over 43 countries across Europe, Morocco, Canada (Quebec) and Mexico, who, together with over 60 European partners and online activists implement the campaign.

Workshops and training courses using ‘Bookmarks, the manual on combating hate speech through human rights education', is a major part of the activities organised at national level. But the manual is not only used in youth work. In the former Yugoslav Republic of Macedonia, trainings on hate speech also involve police officers, while in Portugal some activities of the manual have been integrated into the school curriculum on media literacy. The manual is presently translated in 12 languages with more expected soon.

Workshops can also raise awareness of the risks of hate speech and the importance of digital skills and the responsible use of technology and the internet. For example, in Romania the national campaign co-organised in October Out4Coding as part of the Europe Code Week initiative.

Besides the educational activities, the national campaigns organise youth events, camps, street activities and festivals. For example, every Saturday this summer the campaign was promoted during different festivals in Bulgaria. At the Bridge Fest in Vidin 21-24 July 2016 a lip-dub video on the song ‘Love Generation' was filmed, while during the Timeless Festival in Aglen, on 29-31 July 2016, many youth joined in the call for tolerance and respect for the human rights of those most vulnerable in support of the Action Day for the victims of hate crimes. In Hungary, the campaign asked visitors at the Sziget Festival why they would fight against hate speech. To challenge people's stereotypes about refugees, a living library was held in Italy. In a living library passers-by can meet a person, a ‘living book', to ask all possible questions: in this case the books were recently arrived refugees. 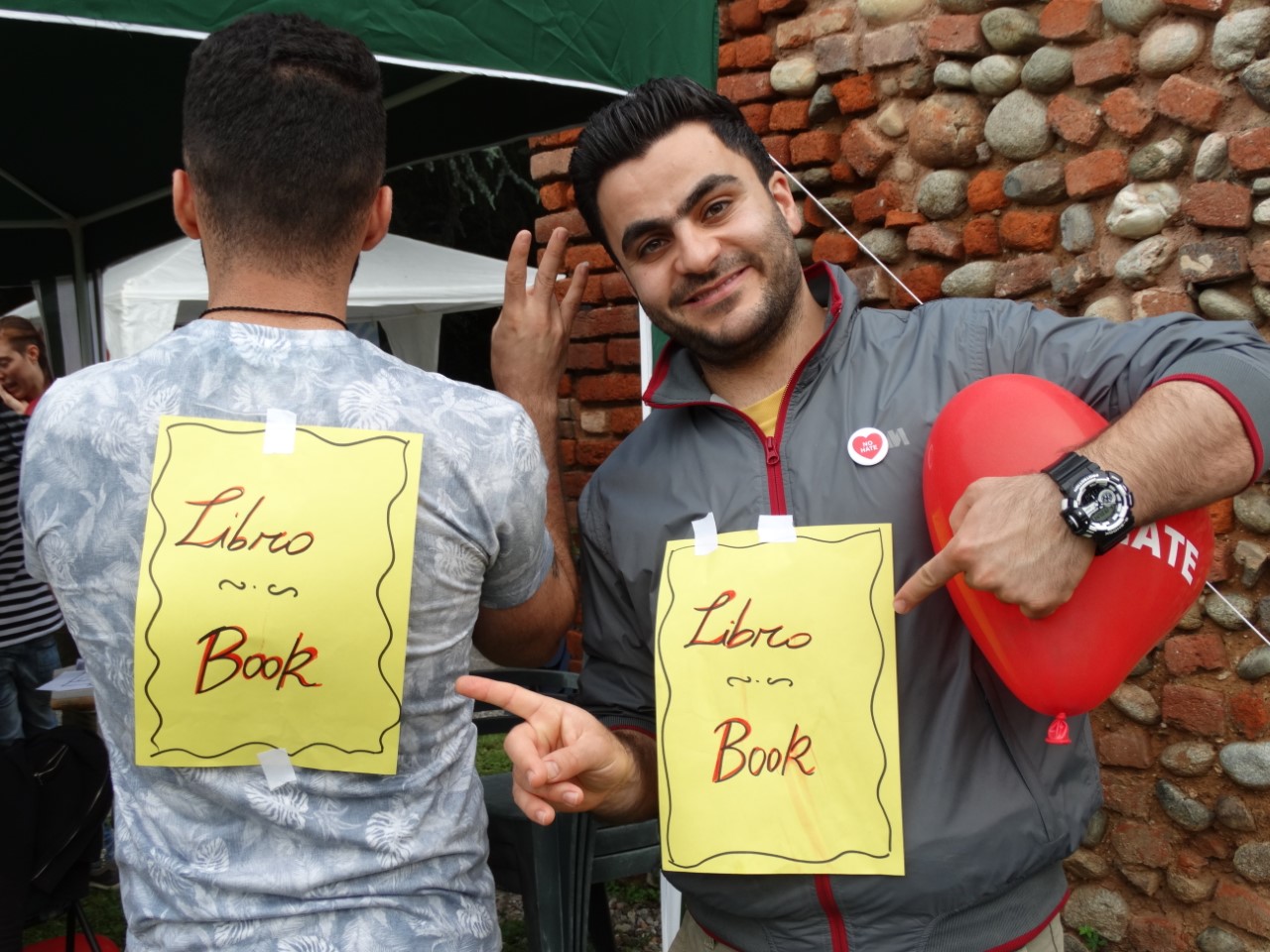 The strength of the national campaigns is the possibility to involve different civil society organisations, schools, sport organisations and local, regional and national authorities that lead to different types of events being organised reaching many young people in the community, for example see the half year report from the campaign in Malta.

The campaign for human rights online is naturally also very active online, many national campaigns have their own website and Twitter accounts, and all have a Facebook page, which can be found on www.nohatespeechmovement.org/national-campaign-committees.

Online actions include video and photo competitions encouraging youth to give expression to their understanding of human rights. For example, in Iceland they ran an Instagram competition this summer, while in Luxembourg the campaign is receiving video entries from youth for their competition until the end of the year. They will launch a ‘digital living library' in early 2017.

Videos are in general a good tool to communicate. The German campaign has, this year, developed a series of funny yet informative sketches featuring the Bundestrollambt challenging hate speech online with counter arguments that corrects misleading information under the slogan ‘Hate is not an opinion'. In Portugal the national NHSM in cooperation with the Safer internet Centre (SIC) just launched a series of educational videos called ‘Net with Consciences' covering hate speech, cyberbullying, privacy, digital footprints and game addiction.

Five times per year the national campaigns mobilise together to raise awareness through online and offline actions that call for action on a specific expression of hate speech during the European Action Days. 22 July - the day of the Utøya attacks - has grown into a yearly event joined by thousands with wide political support for this day of remembrance for victims of hate crime. The campaign blog lists many examples of events organised over the years. For the Action Days, memes, infographics and photos are also posted online. You can find many examples from past Action Days in the NHSM Flickr albums.

As a Youth Campaign of the Council of Europe, the No Hate Speech Movement supports the organisations work in policy development and its implementation, for example by encouraging member states to implement the Charter on Education for Democratic Citizenship and Human Rights Education and include in their programmes education on the Guide to Human Rights of Internet users. It is actually not so difficult to do and integrating the Campaign's manual ‘Bookmarks' would be a huge step.

The campaign also supports the implementation of the General Policy recommendation No. 15 on hate speechissued in March 2016 by the European Commission against Racism and Intolerance (ECRI) of the Council of Europe. The document provides guidelines to understand what constitutes hate speech, incitement to hate speech and freedom of expression. The policy recommendation includes encouraging public figures to speedy reactions to hate speech, withdraw of support to political parties that actively use hate speech, self-regulation of media and awareness raising on dangerous consequences of hate speech.

In addition, the campaign contributes to the Council of Europe Strategy on Internet Governance, which advocates for an open, inclusive, safe and enabling online environment. We believe that young people should be an active partner in the decisions taken on the governance of the internet. The campaign partners also call for more countries to sign the additional protocol of the Budapest Convention on Cybercrime with covers the criminalisation of acts of racist and xenophobic nature committed through computer systems. 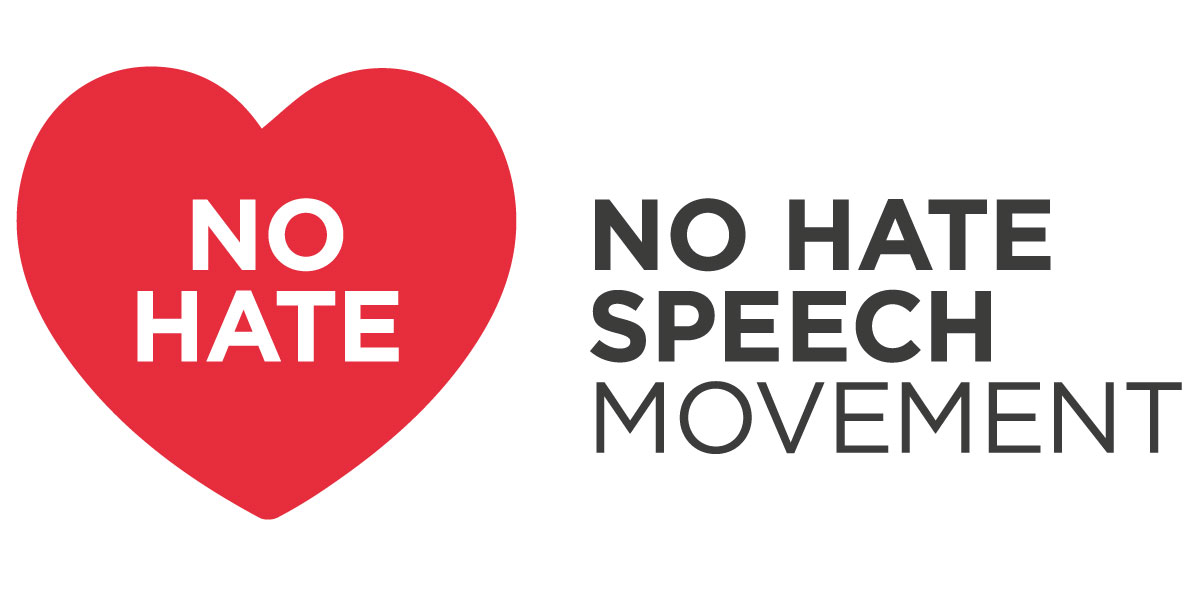 Join the No Hate Speech Movement

Anyone aged 13 years or over and any organisation is welcome to join the campaign and to take action either individually or with others.

Most countries in Europe have a national campaign, which are listed here www.nohatespeechmovement.org/ncc.

Of course, many of the Insafe network members are already involved in the campaign and can also provide further information on how to join events and action days of the campaign.

Individually people can also join online by following the Facebook page www.facebook.com/nohatespeech and Twitter #nohatespeech. Online they can report hate speech on the Hate Speech Watch or submit articles though the No Hate Speech Movement blog.

Building on the achievements of the Council of Europe's Education for Democratic Citizenship and Human Rights Education (EDC/HRE) programme, and the initial results of the Competences for Democracy and Intercultural Dialogue project - as well as cooperation activities from other sectors - the CoE's Steering Committee for Education Policy and Practice (CDPPE) has recently approved a pan-European project on Digital Citizenship Education (DCE).

Starting in October 2016, BEE SECURE, the Luxembourgish Safer Internet Centre (SIC), will campaign against online hate speech throughout the current school year and support the No Hate Speech Movement of the Council of Europe.

Bulgaria: Are children empowered to benefit from the internet?

New findings from Global Kids Online Bulgaria, launched today, Safer Internet Day 2017, by the Bulgarian Safer Internet Centre (SIC), reveal that children are spending more time online at increasingly younger ages. Even though many of them are technically competent and skilled internet users, few children take full advantage of the online opportunities or act in a proactive way.

Every year, on 8 March, we celebrate International Women's Day: a day when we recognise women for their achievements independent of their nationality or ethnic, linguistic, cultural, economic or political background.

Who are the Creators for Change?

According to a No Hate Speech Movement survey, 83 per cent of users have already encountered hate speech online. In an online world full of challenges and risks such as these, promoting positive messages among young people who are influenced by radical ideas such as hate speech and extremism may seem ambitious.