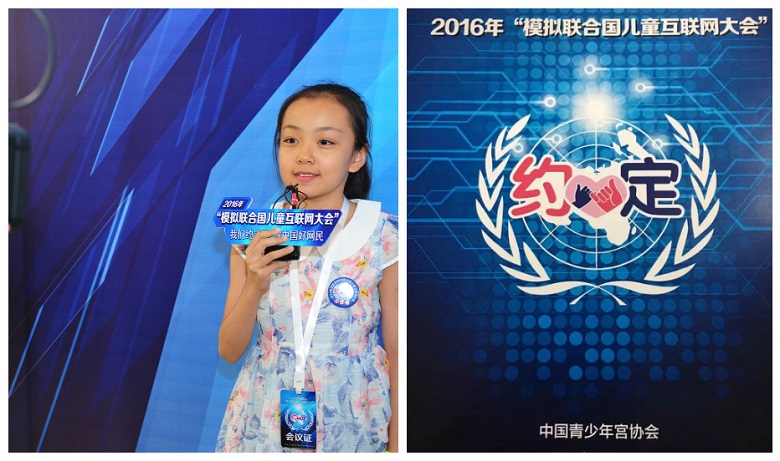 Although having its roots in Europe, the Better Internet for Kids agenda – and related services – often join forces with similar organisations across the globe to raise awareness of safe and responsible use of online and mobile technologies among children and young people.

We were recently asked to send a video message to the children and young people attending the Children's Internet Summit of China 2016 and were delighted to receive a report back from the event.
"The Children's Internet Summit of China 2016 was held in Guangzhou No.2 Children's Palace on 2 July 2016, with child and teacher representatives from more than 10 cities of China. The conference is an important part of the Internet Safety and Medium Education themed programme initiated by the Children's Media Literacy Education Research Centre of China National Youth Palace Association in the National Youth Palace system. The summit, with the theme of ‘Let us commit! Be responsible Chinese netizens!', not only encouraged students and parents from the Youth Palace to select the ten criteria for the ‘Behaviour of responsible Chinese netizens' but also launched related parent-child activities. It is the first time that activities around children's internet participation have been used as a nationwide theme.
"During the World Internet Conference in Wuzhen, internet elites discussed the worldwide development of the internet industry and governance of the internet space. As the new natives in the digital age, children should also have a say on governance of the internet space. Therefore, they researched, discussed and gave suggestions for cyberspace governance from a child's perspective.
"The summit is a meeting to discuss internet-related hot topics, the format of which is established on a simulation of the United Nations and relevant international organisations based on their mode of operation and principles. This is an integrated activity to comprehensively enhance students' capabilities of problem solving, thinking, cooperation, communication and expression.
"The Children's Internet Summit upholds the belief of children's right to participation as stated in the United Nations Convention on the Right of the Child (UNCRC), to respect the status of children, and to let students research and discuss internet governance issues. As well as aligning with the mission of the Cyberspace Administration of China and the National Young Pioneer Committee, it also supports children in using the internet safely, wisely and civilly, and empowers children to strive for becoming responsible Chinese netizens from an early age. Through the parent-child mutual commitment, an appeal to the whole of society to join forces to cultivate a high level of security awareness is also encouraged.
Children's online safety issues cannot be ignored in the internet+ era
"Based on the 2014 China Youth Internet Behaviour Research Report from the China Internet Network Information Centre, Chinese netizens reached 277 million adolescents, accounting for 79.6 per cent of the total Chinese population of adolescents. Post-00s children are active participants and publishers online.
"Last year, the Children's Media Literacy Education Research Centre of China National Youth Palace Association released the 2014-2015 Media Literacy of Children in Major Cities Research Report which showed a tendency towards a younger age for children's first internet experiences. For example, many network behaviours which used to occur in primary schools are now widespread during the kindergarten period; by primary school, the online entertainment, communication, expression and learning behaviour of children has begun to approach the level of their parents; while on reaching the secondary school stage, the student usage ratio reached 91.8 per cent. In addition, 49.2 per cent of children joined online virtual associations, 33.7 per cent of children have ‘unknown' online friends, 28.6 per cent of children have their own fans on social media, and many children's digital skills surpass their parents at this stage.
"Nevertheless, the research shows there is an urgent need for attention to online safety issues. Nowadays, post-00s can easily access pornography, violent information and other inappropriate content through games and animations. There are many online risks and abuses, and many parents do not have adequate knowledge and lack necessary guidance. The online behaviour of children directly affects the cleanliness and civilisation of cyberspace: the fact that they grow up in a healthy online environment would also have a direct impact on the construction of a positive network society.
"It's necessary to empower children to use the internet safely, and draw their attention to the development of the internet as well as to encourage them to participate in cyberspace governance, the enhancement of network security and to develop media literacy skills. In July 2015, students from the Media Literacy Education Centre for Children of Guangzhou Children's Palace attended the Asia Pacific Internet Governance Forum as child representatives of China at the Macau University of Science and Technology, so supporting the belief of children's right to participation. Their involvement as panellists on raising awareness of children online safety attracted wide attention.
"Coming to 2016, the China National Youth Palace Association, the Association of Children's Palace of Media Literacy Education Centre, the Palace of Association Organisation Committee, and the Guangzhou Children's Palace hosted the Children's Internet Summit of China 2016 to promote child online safety and responsible digital citizenship.
Children select top ten principles on how to be responsible Chinese netizens
"It is the first time that a nationwide Children's Internet Summit has been organised in the country. Opening messages were sent from government departments and domestic and foreign children and youth organisations, such as DotKids Foundation, European Schoolnet (coordinators of the annual global Safer Internet Day (SID) campaign), Rights of Young Foundation Uganda, among others offering congratulations and showing support. 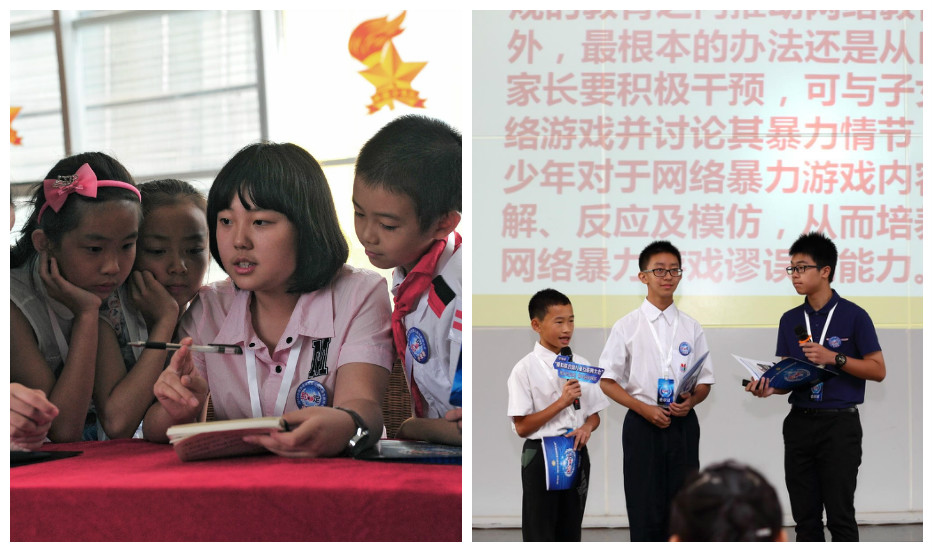 "During the meeting, the children investigated current problems regarding violent online games on the internet, and also hosted a thematic discussion on this issue. The children were divided into groups and simulated the three identities of the government, corporate organisations and individuals to discuss the topic. 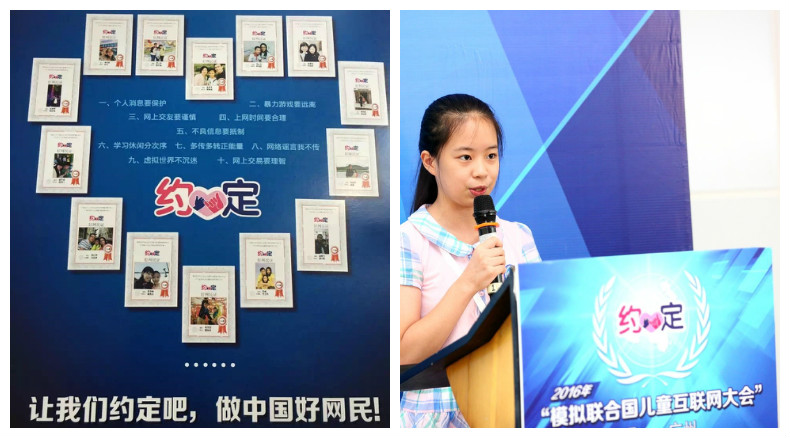 "Another highlight of the conference was the announcement of a code of conduct for ‘Chinese netizens'. In June, voting for the ‘Let us commit! Be responsible Chinese netizens!' activity was launched, as initiated by the Children's Media Literacy Education Research Centre of China National Youth Palace Association. Children and teenagers across the nation voiced their opinions and, finally, 10 ‘guiding behaviours' for Chinese netizen's good conduct were selected from the proposed 16. The final 10 were:
"The delegates attending the conference were awarded Child Ambassador Certificates, with the mission to spread these ideas to their peers.
Children across the nation got to know the internet industry of Guangzhou
"Following the summit in Guangzhou, company visits were arranged to allow the attending child ambassadors and teachers to discover more about the actual operation of the industry and learn more about China's internet development. As such, they visited Pazhou Internet Innovation Zone and the headquarters of the Weixin." 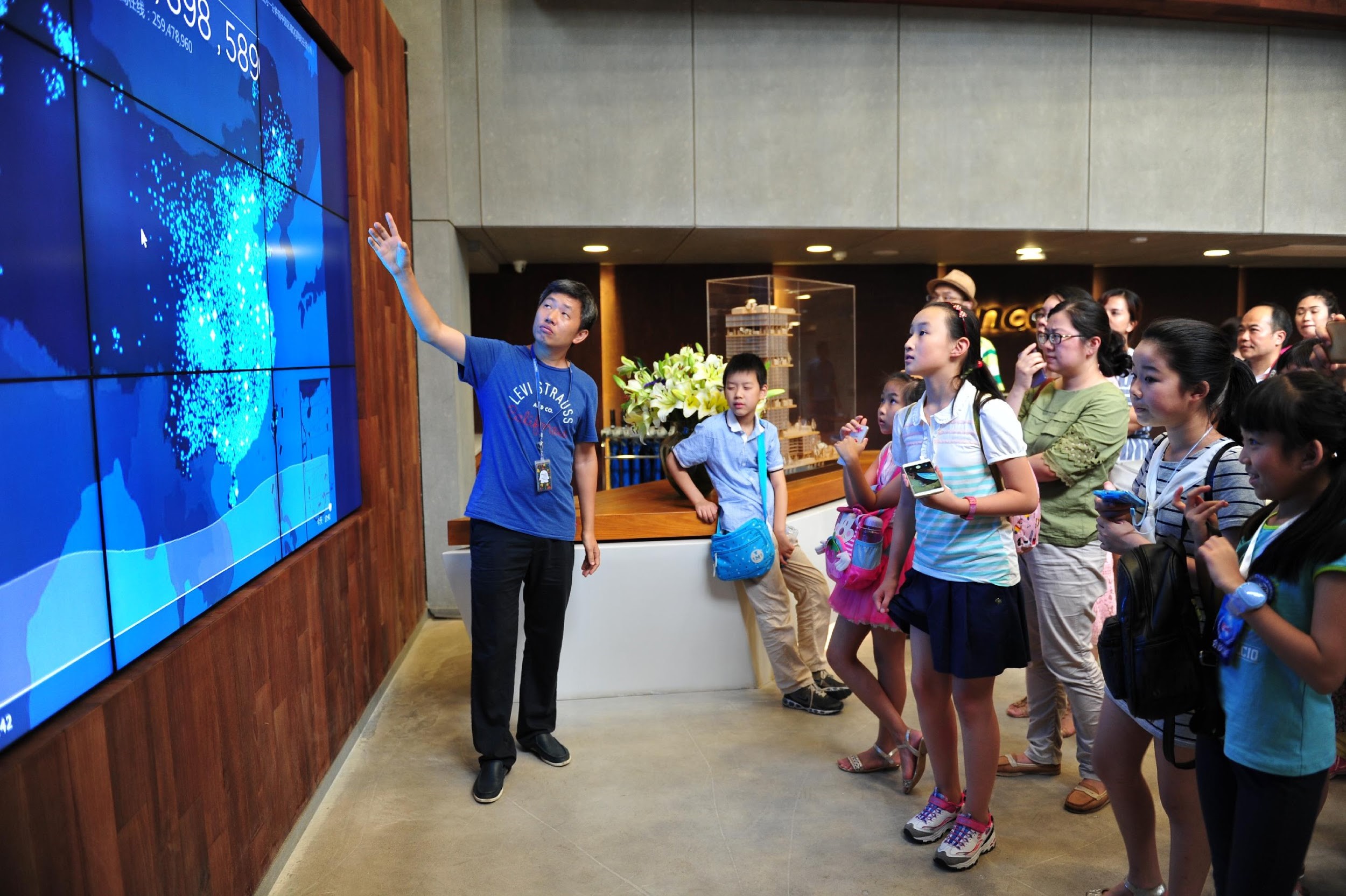 Lorcan, a member of the Webwise youth panel (part of the Irish Safer Internet Centre), recently attended the Facebook/Google EMEA Child Safety Summit in Dublin, Ireland, taking part in a panel discussion to ensure that the voice of youth was heard. Here, he recounts his experience.

Here on the Better Internet for Kids (BIK) platform, we collaborate with those with an interest on child online safety across the globe, namely through our annual Safer Internet Day celebrations. We were delighted to hear from the convenors of the Chinese Safer Internet Day Committee recently, with information on an event in the country.

Safer Internet Day (SID) is organised by Insafe in February of each year to promote safer and more responsible use of online technology and mobile phones, especially among children and young people across the world.