***The year-long #SaferInternet4EU campaign was launched on Safer Internet Day 2018, to promote online safety, media literacy and cyber-hygiene. The content of the campaign is preserved here for information purposes only.***

Although the #SaferInternet4EU campaign placed a focus on creating a safer and better internet generally, and the need for digital and media literacy, a special focus was placed on the issues of fake news, cyberbullying, connected toys and privacy, sexting, exposure to harmful or disturbing content, and grooming. On the occasion of Safer Internet Day (SID) 2018, several Safer Internet Centres in Europe provided some top tips on tackling these issues:

Additionally, SICs have produced a great many resources, in a range of languages, to help raise awareness of these issues and these are being added to constantly. Read on to find out more...

Media literacy has many different definitions. From an educational point of view, it typically refers to teaching and learning about how to access, analyse, evaluate and create media messages - both offline and online. As such, it provides teachers with a powerful tool to equip pupils for risks and opportunities in the digital world.
Fake news has recently drawn a lot of attention in the media. It naturally links to the key concept of representation, which has always been at the very core of media literacy teaching. Because indeed, just like traditional newspapers, radio or television, digital media do not offer a transparent window on the world, but rather a mediated version. They don't just present reality, they re-present it. Even when it is concerned with real-life events, they invite us to see the world in some particular ways and not others. In that sense, they are bound to be "biased" rather than "objective."
A selection of resources from Safer Internet Centres (SICs) are listed below - keep checking the Better Internet for Kids (BIK) resource gallery for the latest too:

(Cyber-) bullying is any behaviour that repeatedly makes someone feel upset, uncomfortable and/or unsafe. This is usually deliberate, and can take forms such as verbal, indirect and physical.
Cyberbullying is the intent to offend, threaten, block or harass others by using technical devices such as the internet and mobile phones. The perpetrator - also called "bully" - is seeking a victim who cannot defend himself against the attacks. Therefore, there is an imbalance between the offender and the victim, which is exploited by the perpetrator, while the victim is socially isolated. Cyberbullying takes place on the Internet (for example, in social networks, video portals, and so on) and via smartphones (for example, by instant messaging applications). Often, the bully is anonymous, so the victim does not know from whom exactly the attacks are coming. Cyberbullying among children and adolescents, however, is often associated with the personal "offline" environment, such as the school, the residential district, the village or the ethnic community. Hence, the victims are therefore usually suspicious about who is behind the threats.
Moreover, cyberbullying is often accompanied by bullying in the offline world - in some cases bullying starts online and continues offline in school, or vice versa. Therefore, in most cases, bullying and cyberbullying cannot be seen as separate issues.

Internet connected objects (known as the "Internet of Things" (IotT) are increasingly coming into our homes, with objects such as watches, fridges, toothbrushes, or coffee machines, turning our houses into Smart Houses. Among the newly connected familiar objects are also internet connected toys that parents today are starting to choose for their children. Internet connected toys can offer new, important opportunities for play, learning, health and educational support, thanks to their interactive and personalised features, but they also raise questions about safety, security, privacy, trust and other fundamental rights of children. Indeed, Internet connected toys, as is the case with any other connected device, may record personal information regarding our children's lives, and then use and share the data. [Source: JRC report "Kaleidoscope on the Internet of Toys: Safety, security, privacy and societal insights".]

Sexting is a word which describes the sending of personal sexual content, most commonly nude or nearly nude images. The term was originally used by the Australian press about seven years ago now and since then has become a serious challenge for children, young people and their teachers and parents. danah boyd (a social media expert from the US) noted that teen sexting is a very rational act with very irrational consequences. Experts suggest that it is not unusual for teenagers to share this type of content, particularly when they are in a relationship but part of the problem lies in the fact that there is a digital copy of the image which can easily be shared beyond the original intended recipient. Different countries have different responses to sexting and in some it is a criminal offence. For example, in the UK the law states that it is illegal to take, make, possess or share indecent images of anyone under the age of 18. The law is there to protect children and young people from adults who may be exploiting them but it has also been used against young people themselves.

Potentially harmful content covers a range of content such as that discussing terrorism, online prostitution, drugs, eating disorders, self-harm, and so on. It also includes content and sites promoting suicide and explaining ways to commit suicide.

Grooming is the the process by which an online user gains the trust of another user with the intention of doing them harm or coercing them into engaging in risky or harmful behaviour. This behaviour could occur online (e.g. sending a sexually explicit image) or offline (e.g. agreeing to meet in person). [Source: UKCCIS - Education for a Connected World: A framework to equip children and young people for digital life.] 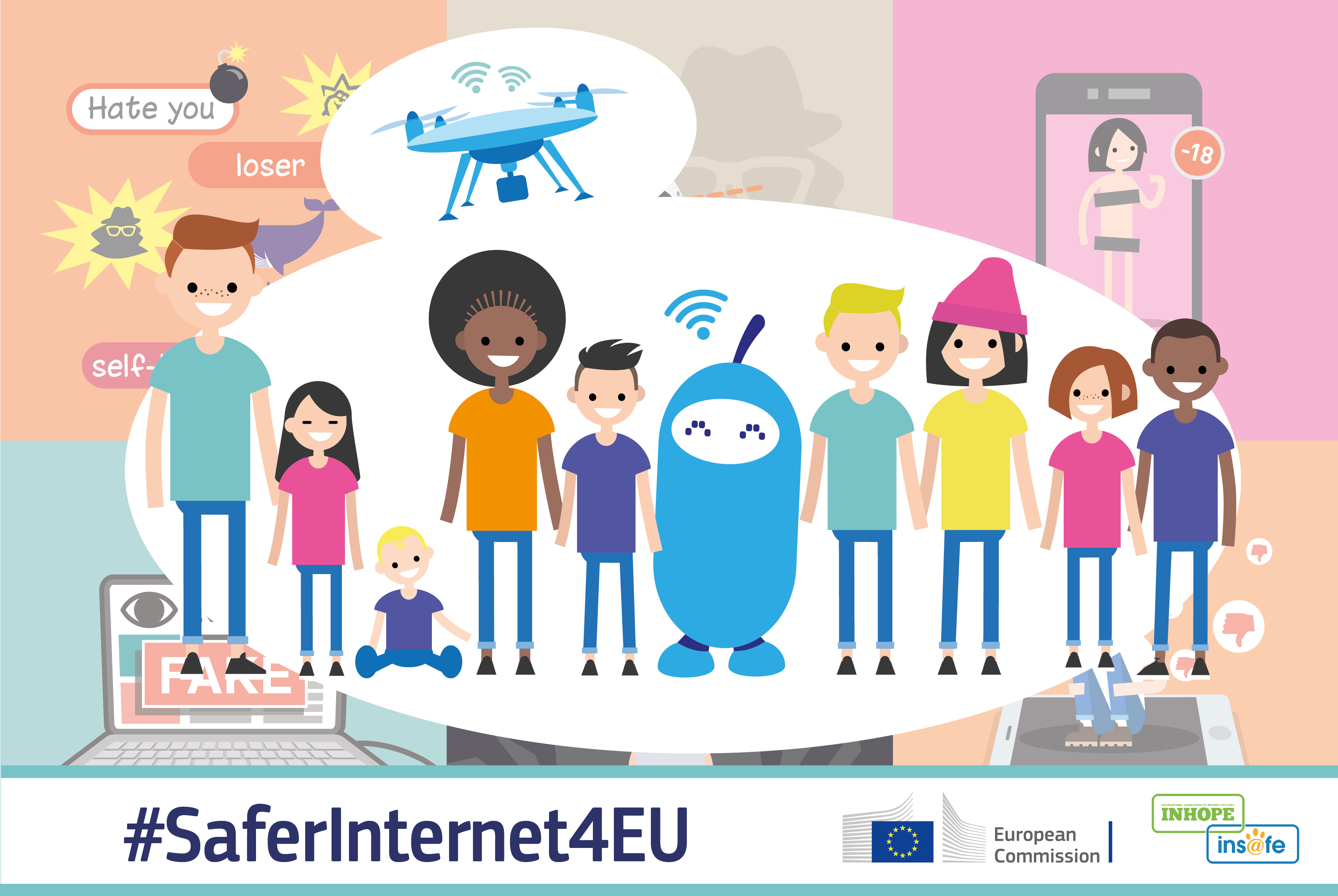