The Greek Safer Internet Centre (SIC) has recently published a new scientific article entitled "Understanding the online behaviour and risks of children: results of a large-scale national survey on 10-18 year olds". The paper includes the results of two large scale surveys that have been conducted the last two years in 900 Greek schools, among 27,000 students aged 10-18.

The survey investigates children's first steps online, such as age of first use, first device used to go online, age when acquiring the first smartphone, and so on. The internet use and online behaviour of children are also examined, such as the type of online engagement, the main device used for online access, the frequency of use and time spent, which activities monopolise children's time online based on age and gender, and so on. 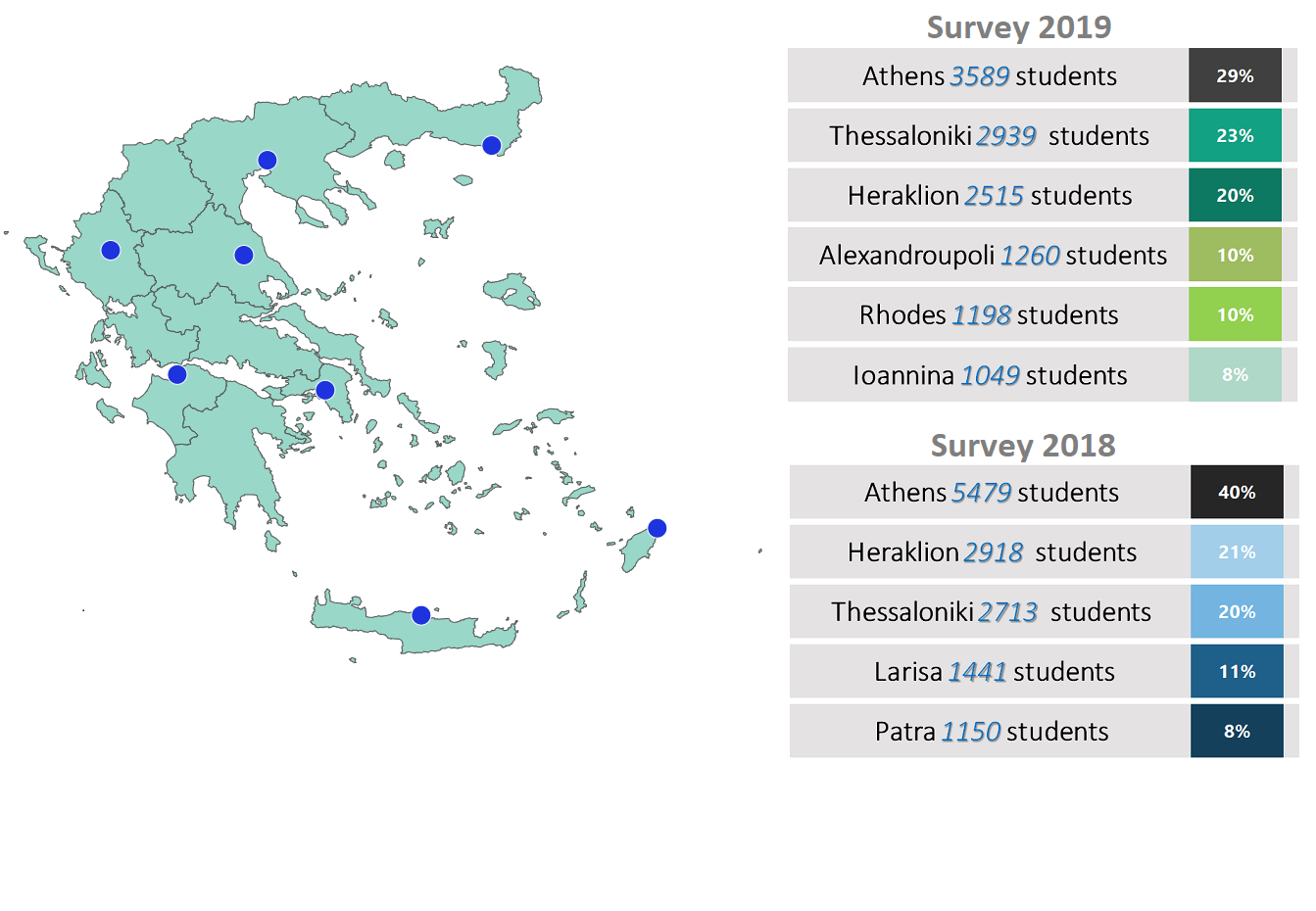 An issue that attracted attention is the reaction of children when confronted with an emerging risk, such as who to turn to for help, or their level of knowledge on how to report.

Furthermore, the confidence level of children was investigated, with the intention to understand how this is self-perceived by them, independently of whether it corresponds to a real or over-estimated impression. As emerges from the self-assessment, the largest percentage of children feel confident that they know how to use the internet safely and how to cope with emerging risks when confronted with these.

The survey helped highlighting online risks, such as harassment and cyberbullying, accepting friends' requests from strangers, meeting with strangers, exposure to inappropriate content, sending intimate information, and so on. An important point emerging from the answers is the fact that one in five children admits having become a target of online harassment at some point in their digital life. A significant percentage of children puts themselves at risk by adopting wrong practices, such as accepting friendship requests from strangers, meeting people they got to know online, sharing very personal photos on the web, or sharing material without thinking of the possible consequences.

Concerning the key issue of excessive use of the internet, almost half the children admit neglecting their daily activities in order to be online, while about one in three children believe to have an internet addiction problem.

Regarding social media, an analysis of the results shows engagement of children at decreasing, not yet permissible age, most often without the consent of their parents.

Parental engagement and mediation appears to be inadequate, as the involvement of parents, especially those of older children, is minimal and rules, regulations and limits are seldom applied, highlighting the need for improved parental supervision and possibly improved awareness raising and parental understanding.

However, results show that parents of smaller children, the new generation of parents that also grew up with technology, is more actively involved in their child's first steps in the digital world.

As shown by the results, primarily parents and carers and, secondarily, older siblings take over the task of guiding children in their first steps online. The results also show that very little help comes from educators, demonstrating the need for enhanced involvement of schools in online safety education, from a very early age.

The observations, in combination with the earlier occupation of children with the online world, dictate the need for a more organised approach of the topic by educational systems, starting education in schools in an organised way, incorporating material into school curricula, from as early as kindergarten and even in pre-school periods. An alarming observation is drawn from the fact that school appears to be non-existent in coping with the emergencies and anxieties that occur online, explained by the fact that schools in Greece lack, in general, the required structure to deal with such situations. For more information, the full paper is available in English.

The Joint Research Centre (JRC) of the European Commission recently published new research into families’ digital lives and remote learning activities in 11 European countries during the COVID-19 lockdown in spring 2020.