Cyberbullying: a dimension of control

The days when the act of “bullying“ only took place in school classrooms and locker rooms are long gone. With the rise of technology, interesting content has emerged in the digital world, but with it has come the flip side of anonymity on online platforms and social networks. What makes online bullying different? What do you need to watch out for? And how can you defend yourself if you're a victim? 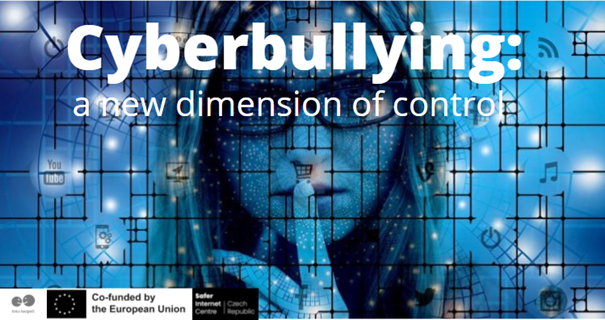 What is cyberbullying and how do I recognise it?

Cyberbullying (or online bullying) is the intentional and repeated harm to an individual through online media, such as through a mobile phone or the internet. It consists of aggressive behaviours aimed at causing distress or harming victims by sending intimidating or harassing text messages or emails, distributing derogatory photos, blackmailing the recipient, posting embarrassing content or mounting personal attacks on social networks, or even hijacking an entire profile or account. Unfortunately, anyone can easily become a target of cyberbullying and negative content or remarks posted online can circulate quickly as a result of options to forward and share.

This form of bullying is also much more insidious because the victim can be abused in the safety and privacy of their home, and there is often no escape. Also, it may not always be clear who the perpetrator is – they may be anonymous or be operating with a false profile or identity. Cyberbullying can be committed by someone completely unknown, but it can also be instigated by peers or classmates of the victim.

Perpetrators may have various reasons for engaging in cyberbullying: it may be an act of revenge or a result of boredom, an attempt to draw attention to themselves, a desire to control someone, or it could be something that just started as a joke or inappropriate comment that “got out of hand”. However, cyberbullying is a serious matter with harsh consequences, and sometimes those consequences cannot be undone. It may also be that the perpetrator is a victim themselves, resorting to similar behaviour in order to ease their pain rather than taking a different approach in response.

Signs that children or young people could potentially be victims of cyberbullying can vary from one situation to another but common signs include loss of appetite, disturbed sleep or poor concentration. Equally, victims may appear sad or have mood swings, or talk about hurting themselves. Moreover, children could suddenly become aggressive, or complain of ailments such as headaches or stomach aches.

And what about the psychological effects?

Although this type of bullying does not involve physical confrontation between the perpetrator and the victim, it is certainly harmful to the psychological and emotional development of children and young people. Victims may respond differently of course, but the most common psychological consequences of cyberbullying include neurotic problems, increased aggressive behaviour, fear and stress, Post-Traumatic Stress Disorder (PTSD), lower self-esteem, various sleep disorders, depression or depressive states, increased risk of suicide, or general mental instability.

You can never be too careful! Therefore, you should always think about what and where you publish or share content, and what you share with whom. In various forums or chats, it’s a good idea to use nicknames instead of real names, which will prevent a possible perpetrator from easily recognising a target. Be careful not to share sensitive data, such as mobile phone numbers, home addresses or other identifying information.

It's also important to have a strong password for online accounts, which should always be unique. It should contain numbers, uppercase and lowercase letters, and often some special characters too. Something in the style of yourname123 is definitely not a strong password and can easily be cracked.

Another piece of advice is not to believe everything that someone writes on the internet. Under the guise of anonymity online, people are often not who they appear to be. There is nothing to compare reality with and, for the most part, it is almost impossible to distinguish true information from lies online. Hence, it is very easy to trick users.

When commenting on other people‘s content, think carefully about what you write or say, and consider how it might be perceived by others. We all have different personal boundaries and what might be considered fun or okay for you could be hurtful to someone else.

What about when someone is facing cyberbullying?

Parents definitely have a fundamental role in tackling cyberbullying. Listen to your children, do not be afraid to talk to them about their feelings, and show them support and understanding. Reassure them that you can handle everything together, no matter what happens.

Much also depends on the atmosphere at school – can students talk to their teachers about what is bothering them? Do students have lectures on mutual respect? Are conflict resolution strategies included in the curriculum?

Do you have friends around you who you trust and could tell about what's going on? You may find that you are not the only one in this situation. And what about your parents and carers or teachers? You could come up with a plan to tackle the cyberbullying together so that you won't have to face it alone, which is always harder. You can't blame someone for hurting you, and it's not your fault either. But the issue needs to be addressed as soon as possible. If you cannot confide in anyone, you can always call special telephone lines where professionals who know a lot about online bullying can advise you on what to do. In the Czech Republic, for example, you can contact the Safety Line 116 111, which is anonymous, free of charge and operates 24 hours a day. Or, if you‘d prefer to type instead of speaking on the phone, you can write to the chat or send an e-mail.

For parents and carers, there is the dedicated Parental Line 602 021 021. You can also contact the online counselling centre of the E-Safety project.

A few more tips for dealing with cyberbullying

Read the original article on the Linka Bezpečí blog. Additionally, you can find related tips on how to deal with cyberbullying on the Better Internet for Kids (BIK) portal.

War on the news

At the moment, it is hardly possible to keep children away from the current news, and many parents and teachers struggle with finding child-appropriate and suitable answers about the war in Ukraine. Positive online content can support them in finding online news and information which is age-appropriate and free of frightening images and messages. Below you can find child-friendly news sources across a range of European countries, along with a selection of resources on how to talk to children about the war.

SIC+ programme: a collaboration between the network of European Safer Internet Centres and like-minded organisations around the world

In 2020, the SIC+ programme made its official debut, broadening the European network of Safer Internet Centres with countries from across the globe. This article outlines the nature and activities of the SIC+ programme that aims, through cooperation by its members, to make the internet a safer and better space for everyone.

Learn how to correctly deal with information about wars, crises and catastrophes found online

For a parent or carer, trying to explain a complicated negative situation to their child can be quite challenging. Similarly, young people find it difficult to process information about traumatic events. Here, the Austrian Safer Internet Centre shares some useful tips and resources to help parents and carers discuss events such as wars, catastrophes and other emergency situations with their children and young people in a helpful and child-friendly way.