In Sweden there is no single relevant policy or ministry concerning children's and young people's media use, but instead various policies dealing with these issues. In general, the policies address issues of safer internet in a broad media context, often in terms of literacy, digital competence or critical thinking. 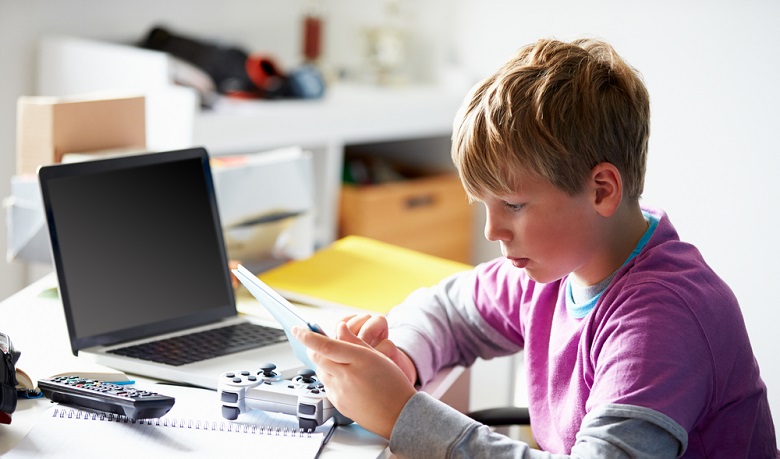 The objective of media policy under the Ministry of Culture is to support freedom of expression, diversity, the independence and accessibility of the media, and to counteract harmful elements in the media (prop. 2008/09:1, Expenditure Area 17). As things stand there are challenges in the media field where an investigation (Media Commission, committee directive 2015: 26) is now in order to analyse the need for new media policies. This is the starting point of the democratic challenges that follow media development and changing media use.
The Swedish Government's directive ‘A Policy For a Living Democracy' (2013/14:61) asserts that the frequent use of digital media results in newer and greater requirements for the understanding of media logic and functioning. It's about the ability to find and assimilate information and to analyse the content of this, the ability to use the media to communicate and create media content. Thus, media and information literacy are an essential part of an awareness of, and competence in, democracy.
The Royal Library of Sweden has been commissioned by the government to draw up proposals for a national library strategy. The strategy will build on the long-term commitment to maintain and develop library services in Sweden and set out the role of libraries in society, the needs of users, new media, technological development, national infrastructure and more.
More than half of all teachers in primary and secondary schools express in the National Agency for Education's monitoring report (Report 386, 2013) that they have a very or fairly big need for skills when it comes to preventing abuse online. As well as this, the Swedish National Audit Office highlighted in its audit report ‘Bullied or Discriminated Against at School - Is There a Difference?' (RiR 2013:15) the challenge that the problem of internet bullying poses to schools. Schools need both well-functioning preemptive safeguards and ongoing prevention work together with the ability to take action against internet bullying that occurs as part of their operation. We also need to develop tools for children and young people to identify propaganda and hidden messages and which also promote their democratic rights and obligations.
The National Agency for Education has been tasked with developing proposals for national IT strategies (U2015 / 04666 / S). Among other things, these are focused on helping to create a critical, safe and responsible use of IT among pupils when it comes, for example, to privacy, prevention of violations, criticism of sources, copyright and security. IT strategies should also help to enhance the digital skills of students so that they will meet the demands of the labour market and further education, and for using it to stimulate students' innovative abilities.
The Swedish Digitalisation Commission was established by the Swedish Government in 2012 to analyse and monitor progress in terms of meeting the ICT-policy goal; that Sweden should become the best in the world at exploiting the opportunities of digitalisation. The Commission is also tasked with presenting proposals for new policy actions, highlighting the benefits associated with the digital transformation and sharing best practices. The Commission is responsible for managing the signatories of the Swedish Digital Agenda which are companies, not-for-profit entities and others who have agreed to work in line with the objectives of the ICT-policy goal and monitor the progress in terms of implementing Regional Digital Agendas. The remit of the Commission extends until 31 December 2016.
The Digitalisation Commission's final report ‘The Transformational Power of Digitalisation - Time to Decide' (SOU 2015: 91) shows that unrestricted access to information and communication, as well as the incalculable amount of media output, involves a lot of positive things but also several challenges to social cohesion and trust in and of the community. Like the aforementioned Media Commission, the Digitalisation Commission observed that digitalisation will lead to an individualisation of media consumption. They also provided an analysis of the risks of giving completely separate images of reality and so-called filter bubbles. This is done both on the basis of individual choice and algorithmically. Filter bubbles create major challenges for social cohesion in society. Technological development and usage patterns lead to many laws and regulations no longer working, or that they work as a disincentive to development. Community development will continually make demands on individuals' digital skills in all aspects of life. Lifelong learning, education, training and retraining are becoming increasingly important for individuals, businesses and society. For us to be able to use digitalisation opportunities requires that laws and regulations be adapted for a digitalised society as soon as possible and that the innovation and development of business should be promoted. Business sector development is central to creating sustainable growth in Sweden.
The Government Office runs several ongoing digitalisation initiatives including partnerships with the Internet Corporation for Assigned Names and Numbers (ICANN), the Global Assembly Cache (GAC) and the Internet Governance Forum (IGF).
The UNESCO framework:
Media and Information Literacy (MIL) is a collective term for issues that in recent years have gained increased attention – in Sweden, the Nordic countries, and in many other European countries as well as worldwide. MIL refers to the competencies that allow a person to find, understand, critically evaluate, use and express him/herself through media and other information channels. The Swedish Safer Internet Centre (SIC) is working with the concept of Media and Information Literacy based on the UNESCO-framework and definitions, with minor national adaptations.
UNESCO connects MIL to the United Nations' (UN) core values of democracy, peace and the Declaration of Human Rights (especially Article 19). In debates on the digitised media landscape there are also several other concepts, such as digital competence, media literacy, information literacy and digital literacy. Digital competence is highlighted by the EU as the fourth key competence for lifelong learning, including, among other things, secure and critical use of information society technologies (‘Recommendation of the European Parliament and of the Council on key competences for lifelong learning' 2006/962/EC).
Find out more about the work of the Swedish Safer Internet Centre, including its awareness raising, helpline, hotline and youth participation services.
Share article:

As part of the “Interactive Conversations on Europe’s Future” initiative, seniors in Latvia learned about online risks and safety on the internet. From September to November 2021, events took place in 14 different cities across Latvia, organised by the European Commission Representation in Latvia, the Ministry of Foreign Affairs of the Republic of Latvia, and the Latvian Safer Internet Centre.

Mum, Dad, do you have to take another photo of me? And post it online?

Holidays are a time when we can relax, far away from the stresses of everyday life. Parents and children enjoy wonderful moments together – and we naturally want to hold on to these memories. In a matter of clicks, a couple of photos are taken and – thanks to technical possibilities – are posted directly onto social networks. Not only teenagers, but also parents are doing this more and more frequently.

SaferInternet4Kids (the Greek Center for Safe Internet (EKAD) of FORTH) participated in the recent Internet Governance Forum (IGF). Together with Maltese and UK members of the Insafe delegation, representing the network of Safer Internet Centres in Europe, representatives hosted a workshop titled "Mind the Gender Gap OR Mend the Gender Gap".