Since the formation of the Lithuanian Safer Internet Centre (SIC), IT teachers have been very active partners, helping to spread online safety knowledge and skills to school children. 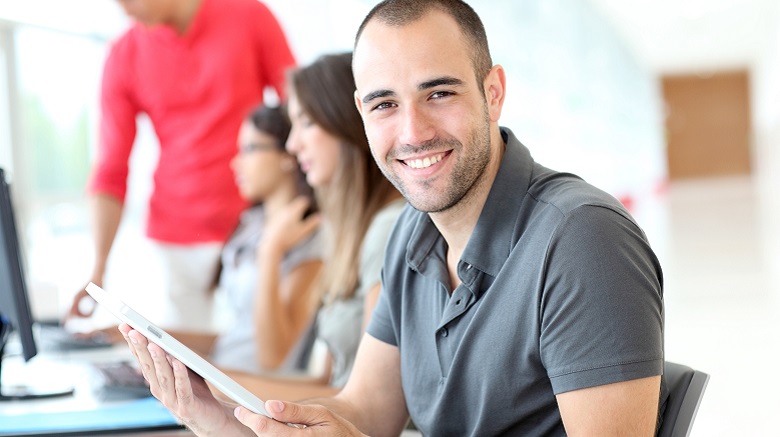 During a decade of activities, long-lasting partnerships have also been formed with private organisations who voluntary visit schools to educate children, and with public libraries with their focus on educating local communities. Recently however, the active role of promoting eSafety in schools has also been taken up by school librarians, with the implementation of many new and creative ideas.
In Lithuanian schools, computers are found not only in the IT classroom but also in the library where students come to use the internet to search for information for their homework, or just to spend some of their free time using social networks and playing online games. Therefore, the school librarian also plays an important role in educating students about online safety.
Learning possibilities provided by SIC
The growing knowledge needs of school librarians has meant that the Lithuanian Safer SIC increasingly needs to provide them with learning opportunities as well as educational materials. Therefore, an online course, titled ‘Safer internet for school librarians' was developed and launched in September 2015. During the 2015/2016 school year, 700 participants studied via the tutored course, where they could find eSafety learning materials (safety and privacy using computers/mobile devices and the internet, eSafety in libraries, netiquette, and so on) and practical tips on passing the knowledge to students. They were also encouraged to share their ideas for safer internet activities.
All of the educational materials, which the librarians can use in their everyday work, are shared on the SIC websites at www.draugiskasinternetas.lt and www.epilietis.eu.
New ideas at schools
At the end of 2015, a competition for school librarians was launched with the cooperation and support of Microsoft Lithuania. With the title of ‘Safer Internet Week in my school', the goal was to encourage the creation and sharing of activities and ideas for Safer Internet Week. The concepts offered by the competition winners have subsequently been shared online at www.epilietis.eu. Many of these ideas were implemented during the annual Safer Internet Day (SID) celebrations in February 2016.
The Lithuanian SIC has noticed that school librarians have became important actors in this field, supporting IT teachers while organising educational eSafety events and activities. They are able to take advantage of the non-formal atmosphere which the library offers and out their huge creativity to positive use.
Find out more about the work of the Lithuanian Safer Internet Centre, including its awareness raising, helpline, hotline and youth participation services.
Share article: