At the start of this new way of working we were wondering just how optimal the online youth panels would be. However, after just a short time, we were convinced of the opposite.

Above all, the young people got the opportunity to talk to us from their home settings; that is, a familiar environment. So whereas before the COVID-19 pandemic there might have been shyness or reticence from some youth panellists, there is now openness and honesty. In the same way, both small and significant distances have been overcome. Thanks to the online Youth Panels, we were able to gain new youth experts from beyond Vienna and the surrounding areas, with one even coming on board from much further away in Styria (approximately 200 km from Vienna). As a result of this flexibility, we have also gained an incredible amount of diversity and motivation within the panel. 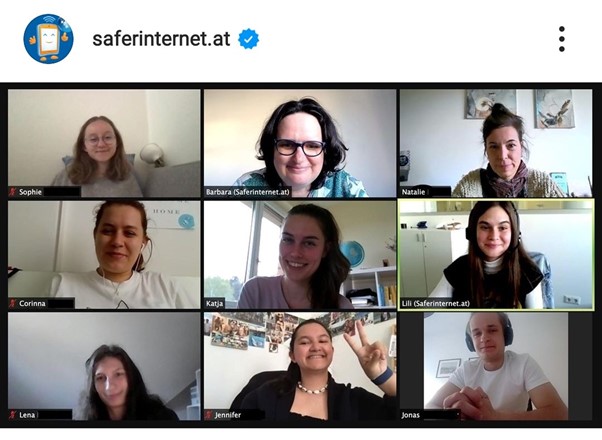 This summer it was finally time to welcome some of our young people in person and to say thank you. For this reason, we decided to invite four of our Youth Experts, who have been with us for several years, to a special Saferinternet.at Youth Panel. Also on board was our Youth Expert from Styria! On Friday evening, after arriving at Vienna Central Station, we started with a welcome dinner and a face-to-face meeting.

The next day, the Youth Panel started with a challenge. Our Youth Panels are known for the small discussion sessions we usually do at the beginning of each focus group. This time we wanted to challenge the youth a bit and have them discuss issues in a professional setting. Participants were divided into two teams. The side they were to take was drawn by lot (government and opposition). 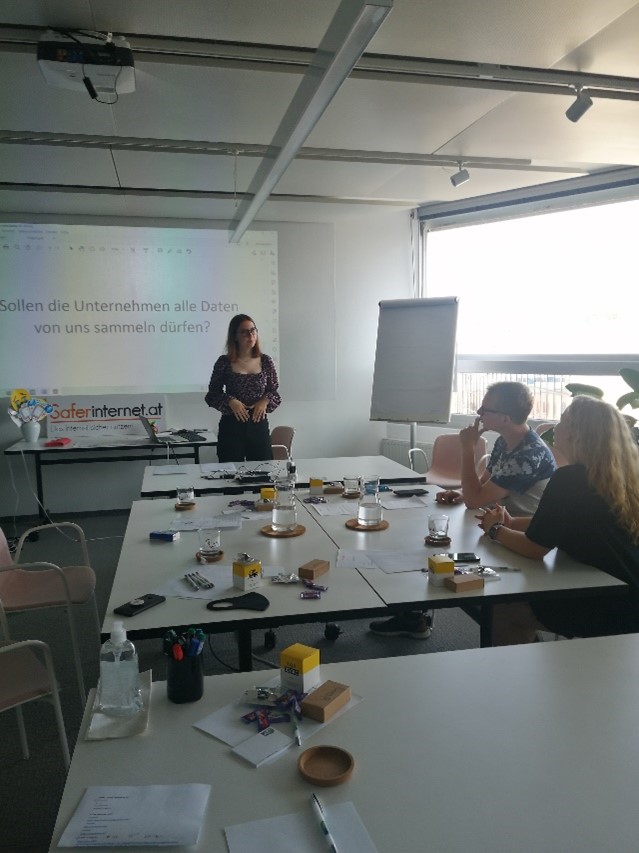 The first topic was "Should students be held legally accountable for cyberbullying?". While the government is always pro, the opposition has to address the con arguments. An invited juror, Veronika Leißer, was also present and determined the winning team based on the best argumentation. In the second and last debate on the topic "Should companies be allowed to collect all our data?" the young people had already loosened up and were able to convince with rhetoric, successful argumentation and great counter speeches. At the end of the debates, the teams were surprised how much they were able to convince themselves of an opinion they did not hold at the beginning.

After a Mexican lunch, it was time for video production. Our goal was to give the young people freedom, especially in the choice of topics. The group unanimously agreed that "Women in gaming" as well as "Mental health" are two current topics that need more presence on the web. The young people developed video concepts to fit the two topics and began filming. Stay tuned for the resulting content!

The next day also began with pure excitement. Together with the young people, we went to a high ropes course. With each tour, the level of difficulty became higher and higher, and the motivation and encouragement the young people gave each other increased. It is unbelievable how fast a group can grow together!

Overall, it was a weekend like we haven't had in a long time. There was lots of social interaction without a screen in front of us, while many first experiences were gained and fears were overcome.

We concluded the Youth Panel under the sun in the Gänsehäuflbad in Vienna with a small discussion about which topics will become more relevant in the next year. From the perspective of the youth: fake news and conspiracy theories! So, there is still a lot more to do… 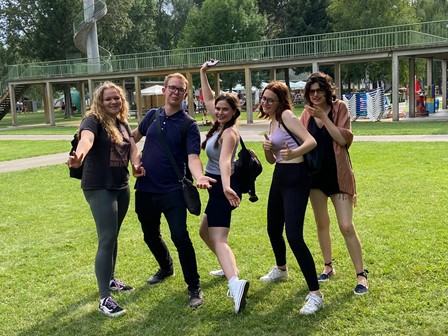 All images copyright of Saferinternet.at.