Organised by the Ministry of Education, Culture, Sports and Youth, in collaboration with CYTA and Epic and with the support of the partners of the Cypriot Safer Internet Centre (SIC) - CYberSafety and the National Strategy for a Better Internet for Children in Cyprus, the conference was hosted at the Filoxenia Conference Centre in Nicosia, with a huge success.

Aiming at fostering responsibility, respect, as well as promoting a critical and creative use of the internet in our life, the conference was focused on reminding everyone – including the state, educators, decision-makers working on digital issues, parents, young people and children – that it is our duty to make the internet a better and safer place for communication, entertainment and learning. This year's conference had the largest number of attendees, as approximately 1,000 students and teachers attended it from schools all over Cyprus, as well as parents. 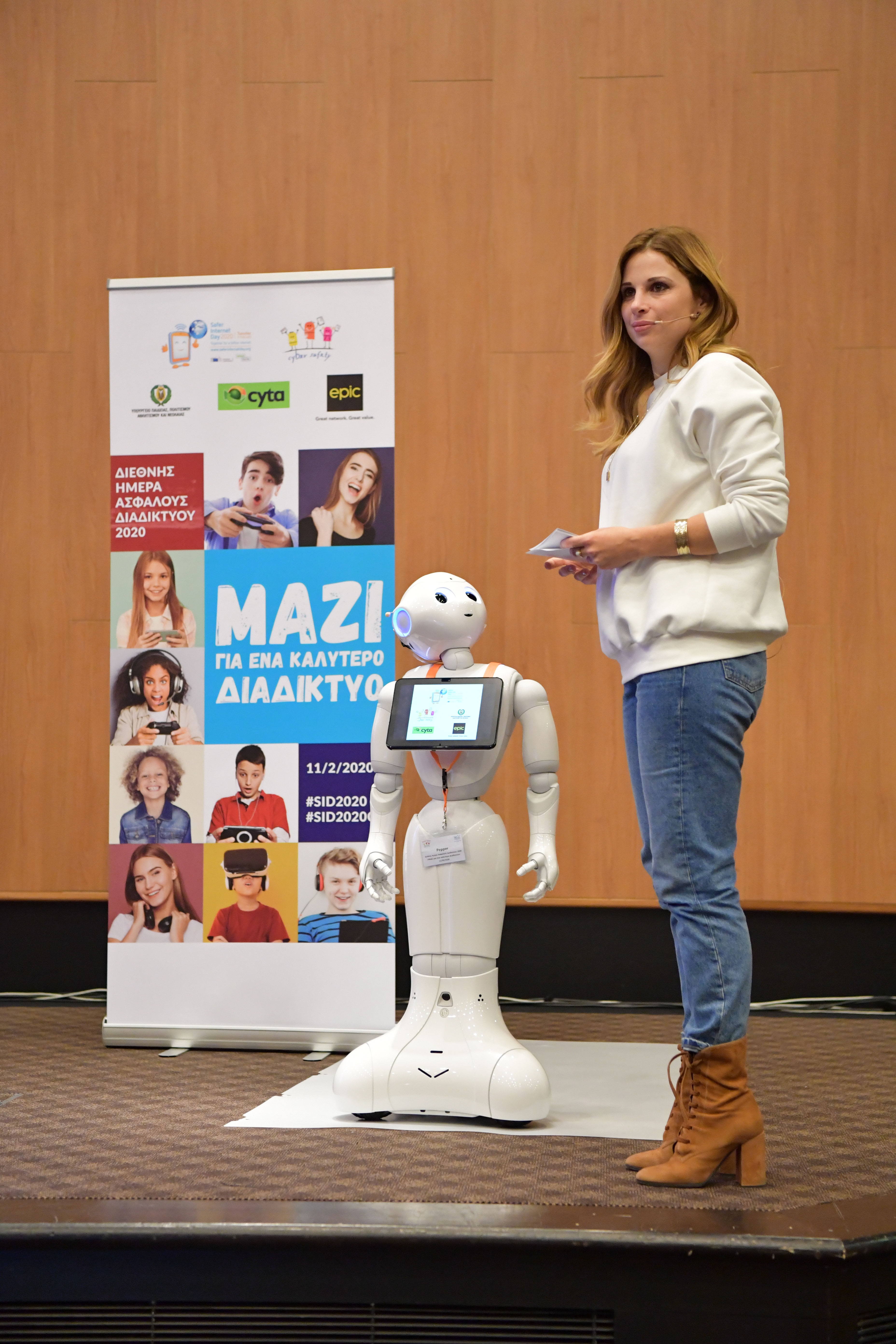 The conference was presented by the popular Cypriot TV presenter Christiana Aristotelous, along with the humanoid robot "Pepper", which is part of the Digital Supported Learning Environment of the Cyprus Pedagogical Institute. The conference was opened by Dr. Athena Michailidou-Evripidou, on behalf of the Minister of Education, Culture, Sports and Youth. A presentation followed, introducing interesting topics regarding internet security, its potential risks, and prospects for its creative exploitation.

Dr. Christos Xenakis, Professor of the Department of Digital Systems in the University of Piraeus, in his presentation "Internet of Things: Challenges and Risks", referred to the applications and endless possibilities and prospects offered by the internet. He also stressed the importance to inform people regarding the proper use of digital technologies as well as relevant measures that need to be taken for protection and security. 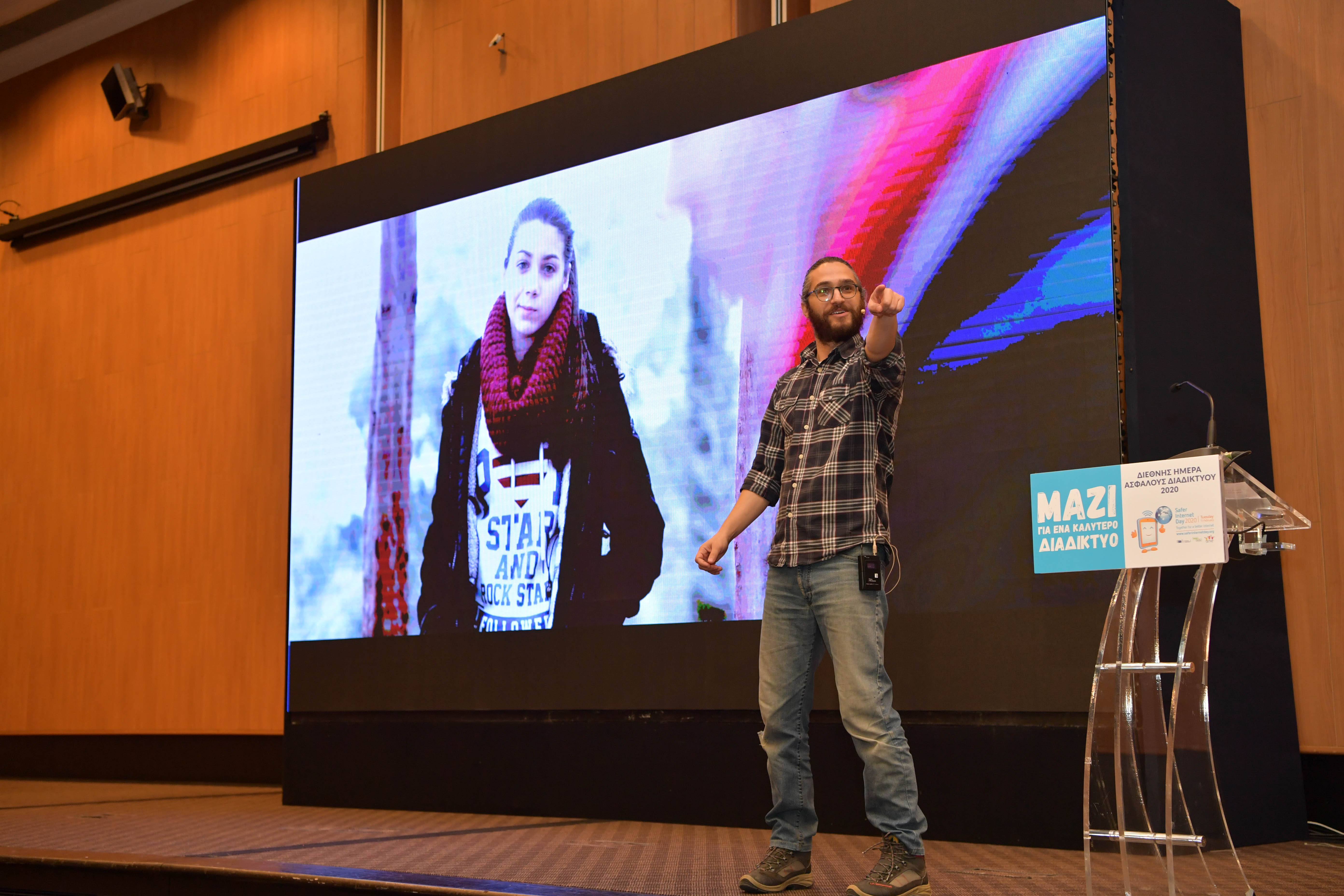 A well-known Cypriot actor, Andreas Filachtou, initiated a discussion about cyberbullying through the short film: "Your Choice". Mr. Filachtou tried to raise awareness around this global phenomenon and highlighted how important it is for everyone to take responsibility to ensure positive changes in the online ecosystem. 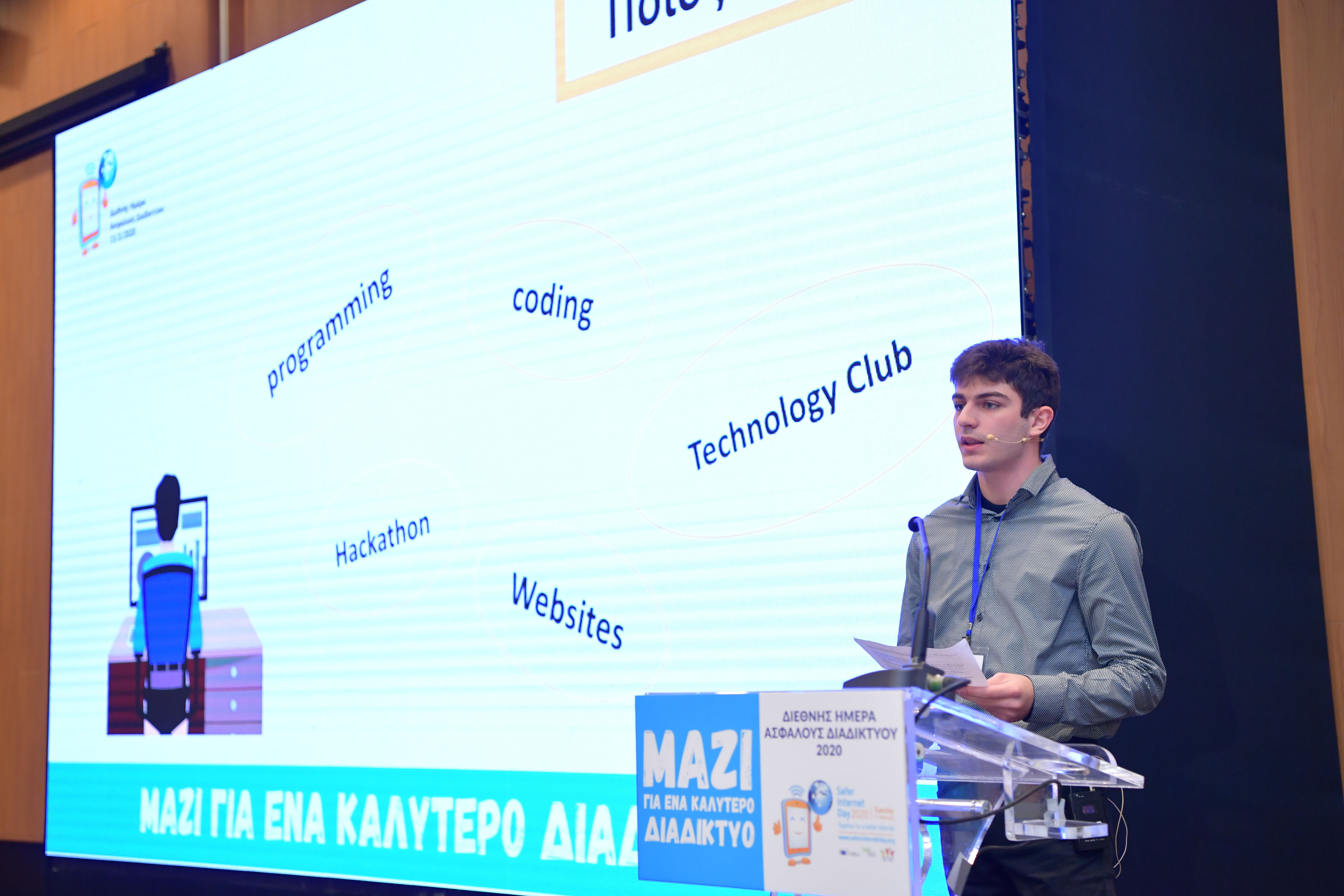 Following this, an English School student, Odysseas Herodotus, encouraged participants to exploit the internet creatively, by presenting the application "CanTeens", which he and his team developed.  The participants also had the chance to watch the play: "George's room" by theatrical group Intra Portas. The play aimed to show that the internet cannot be exploited to take revenge, sending a clear message: it is a paramount importance to demonstrate kindness and respect to other internet users.

CYberSafety Youth Panel of Cyprus made a presentation through which they invited students all over Cyprus to join forces and encourage positive change by fostering the creative and safe use of the internet. The CYberSafety Youth Panel's presentation included screening of a video with the name "Together for a better internet", which they had created with the aim of sending clear messages about the responsible and positive use of the internet. 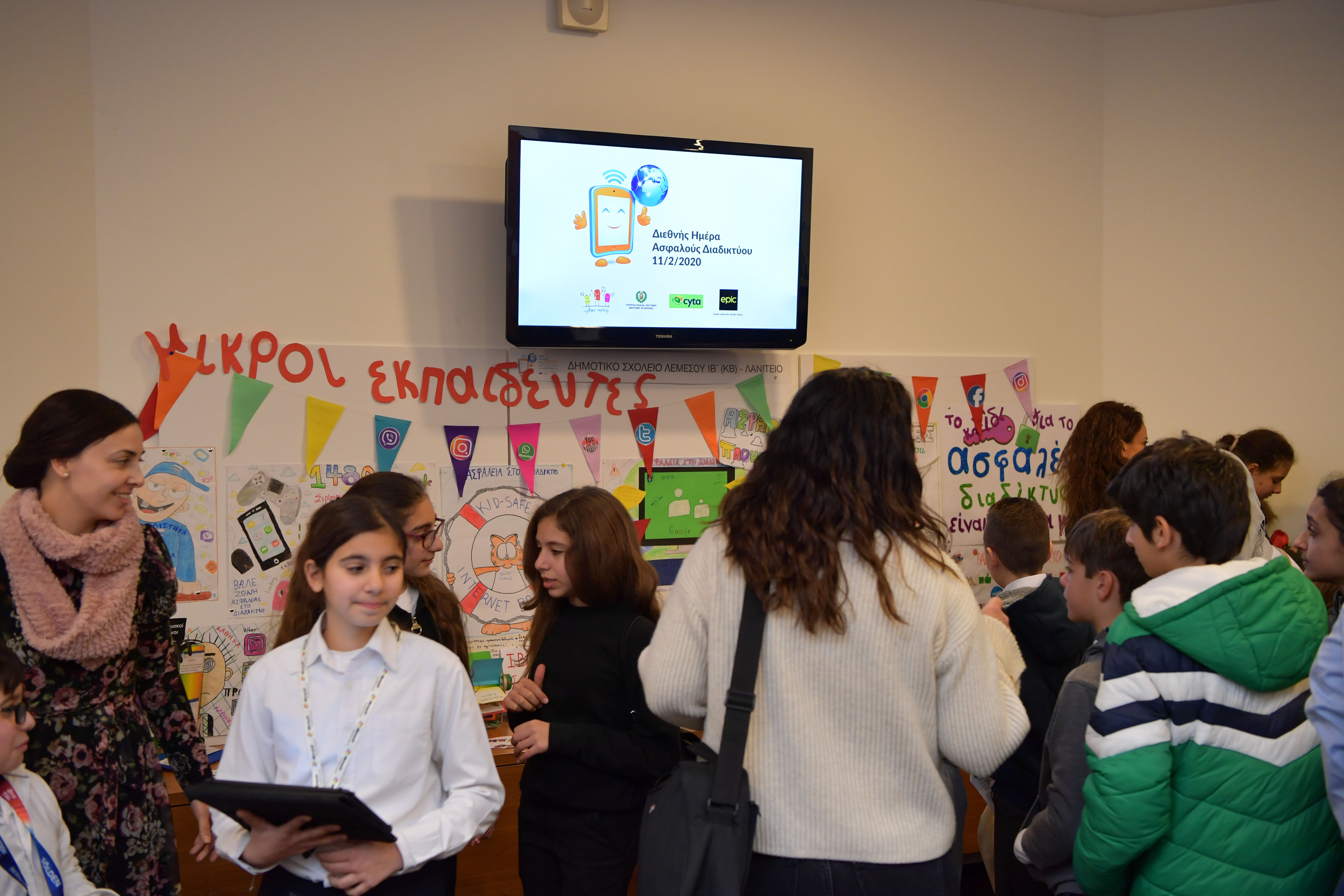 Lastly, there was an exhibition of students' own posters and artwork where the participants had the chance to be informed around the safe and creative use of the internet. The exhibition also included short videoclips from the videos created for the competition "Together for a better internet". 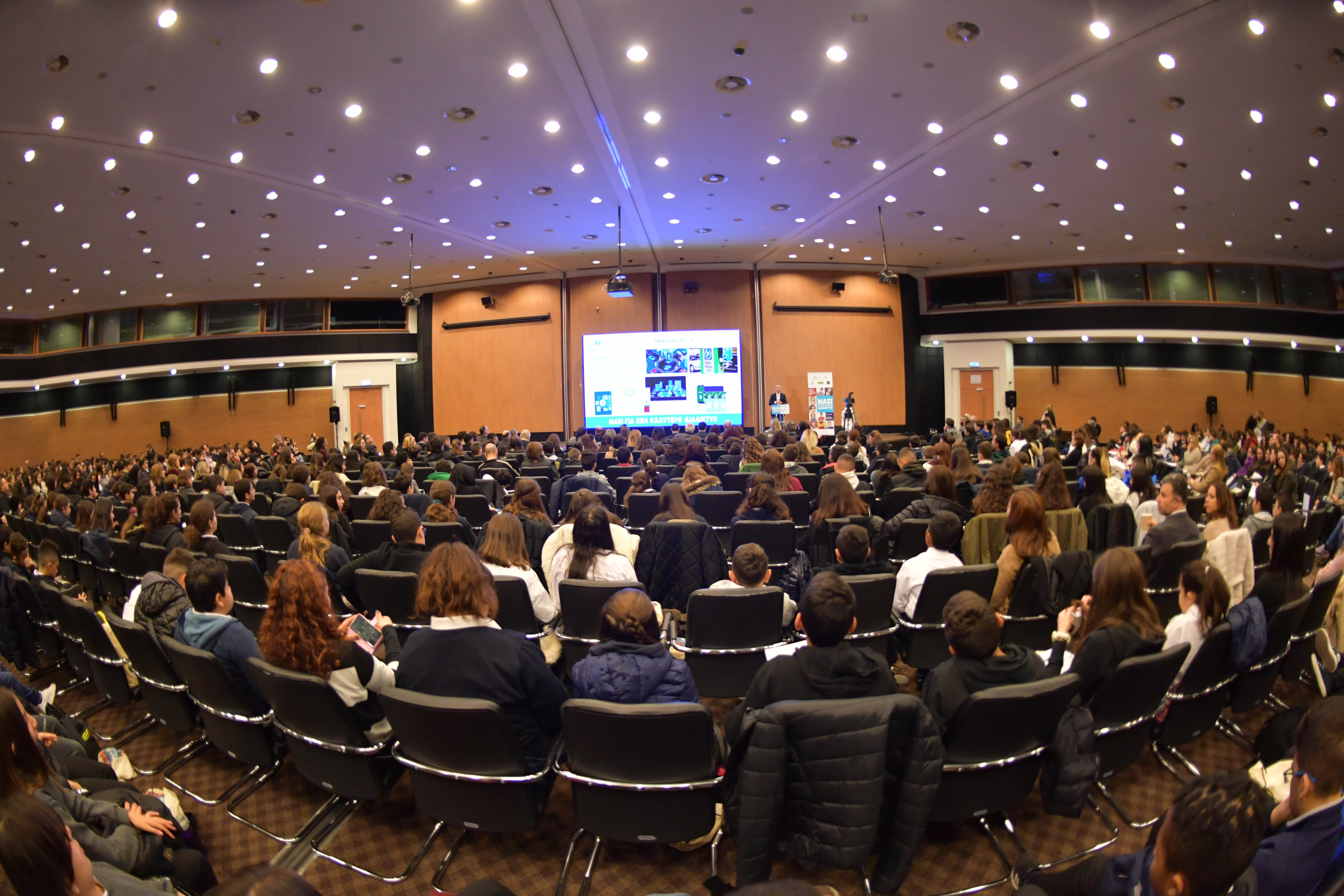