In 2019, the number of reports concerning child sexual abuse material (CSAM) received by the hotline of the Latvian Safer Internet Centre (SIC) Drossinternets.lv has grown rapidly.

There were 180 such reports in 2018, whereas in the first five months of 2019, this number has already exceeded 500, of which half are about CSAM. Illegal videos or photos are most commonly encountered by persons who are searching for erotic and pornographic materials online. Despite the fact that illegal content has been moved to the "darknet", there is a risk for any user to come across illegal content. Children and adolescents may also be exposed to sexual abuse when using social networks and gaming platforms. For example, sexual predators, pretending to be the same age as the children they are targeting, ask them questions of an intimate nature, ask to send a na-ked photo or video, or send pornographic materials to victims with a purpose of making the child interested in sexual activities. 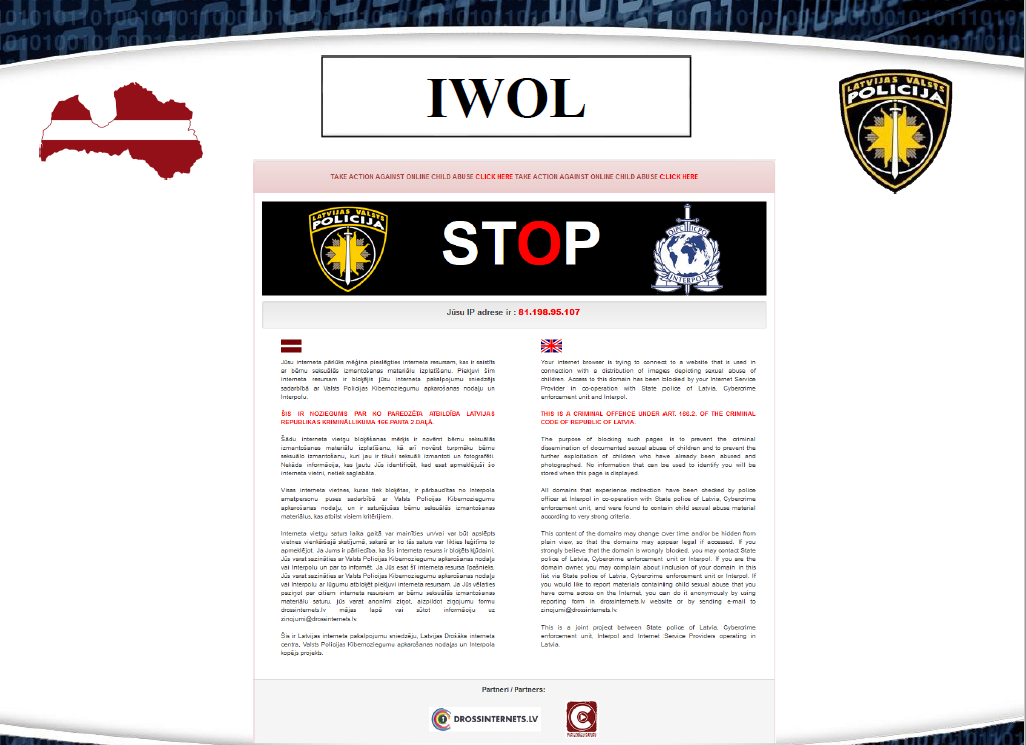 In less than 11 months, 428,575 attempts to access websites containing CSAM were blocked. It is planned that the project will be joined by other ISP companies, which will prevent their customers from accessing such materials on the internet in the future. The project will also devel-op a "stop notification" that will appear on the screens of users who try to access or download such content, informing them that it is illegal content and that its distribution is punishable. Unfortunately, when people knowingly or unknowingly access this type of content, they often do not realise that uploading and distributing it is a criminal of-fense and punishable conduct.

Internet users are invited to report electronically illegal content hosted on servers in Latvia using the "Report" button on the website Drossinternets.lv or on the mobile ap-plication "Drošs Internets" (which means "safe internet" in Latvian).

Safer Internet Day in Estonia: a focus on misinformation

One of the aims of the European Commission’s Better Internet for Kids programme is to build capacity in Europe (and beyond) for creating safer and better online experiences for children and young people. One way of doing this is by sharing good practices developed through work within the context of the Insafe and INHOPE networks of Safer Internet Centres and other key stakeholders. As such, three best-practice guides have recently been published.

Today, the Insafe network meets online for a focus group on the topic of children’s rights in relation to the digital environment, more particularly with regards to how policy in that field can be translated into practice.