In Slovenia, the 2019 edition of Safer Internet Day (SID) was dedicated primarily to parents.

Slovenia's Safer Internet Centre (SIC) Safe.si prepared a very successful live video podcast, named "Education to the Internet", in which two experts were answering the most common questions that parents encounter when they introduce their children to the digital world. For teenagers, there was a prize-winning web application "Lepa misel" (Nice Thought), to encourage them to think about their online environment and how they can improve it. The SIC also designed a package of activities revolving around online safety for schools, which was very popular.

SID attracted great media attention in the country, with the Slovenian Press Agency issuing several press releases and Safe.si also publishing one a week prior to the event. On the day itself, more private and public radio stations broadcasted news about SID and the activities of Safe.si. Moreover, the morning show of Slovenia's national television featured a ten-minute long section on the topic. Several articles were also published on the subject of safe use of the internet and cyberbullying in various online and print media.

The main event, organised by Safe.si in cooperation with the Academic Research Network of Slovenia (ARNES), was a fifty-minute long live web video podcast in the form of a talk show. Two guests joined the podcast: PhD Albert Mrgole, family therapist, psychologist, doctor of sociology and Imago partner therapist; and PhD Benjamin Lesjak, a legal expert. During the session, the participants also discussed cyberbullying. Both experts highlighted the importance of trust and conversation between parents and children to achieve a better internet. 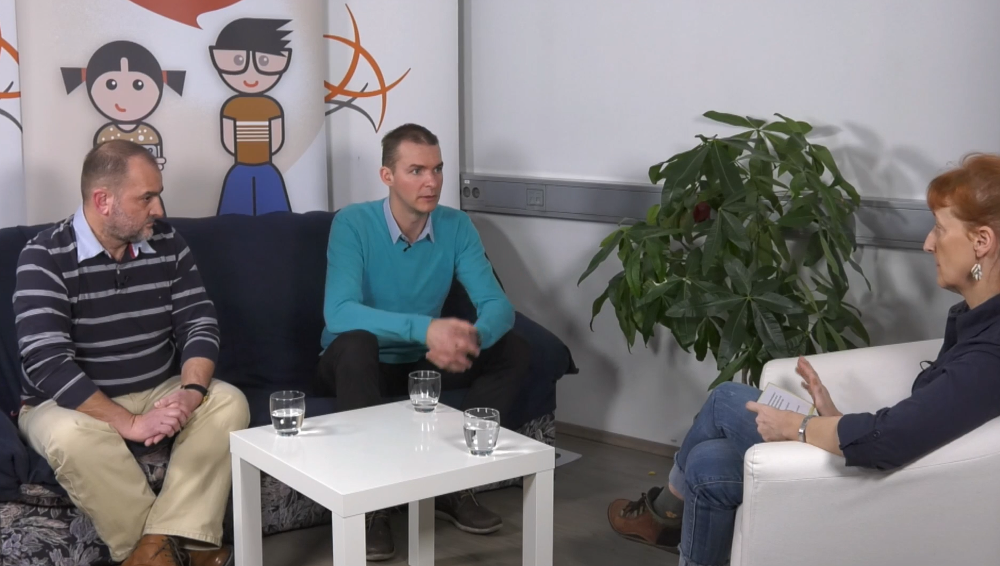 Some companies – including the second largest telecommunications operator of the country – promoted the podcast through their channels on social networks, as well as some bloggers whose main target groups are young parents.

As a result, 270 viewers watched the video podcast was watched live by 270 people, and the streaming version was viewed up to 3,950 times by the end of February 2019. A complete recording of the video podcast is available on the Safe.si website (in Slovenian).

The web application "Lepa misel" was developed to encourage teenagers to think about their online environment and how they can improve it. For this purpose, young people had the opportunity to express their creativity from Friday, 1 February 2019 to the Sunday, 3 March 2019 by designing virtual t-shirts with short positive quotes. In total, more than 1,000 t-shirts were created. Additionally, the authors of the ten t-shirts that received the most votes were awarded by Safe.si with the real-life versions of their online creations.

Similarly to previous editions, Safe.si also prepared packages of activities for primary and secondary schools staff. The activity package for the first grade of the elementary school included colouring paper, a labyrinth activity, an activity where the child must find the differences and the words, and an activity related to the excessive use of mobile phones.

For the second and third levels, the packages included two decision trees on the topic of excessive use of mobile devices, and on the appropriate behaviours when witnessing a cyberbullying situation, as well as two complementary activities on cyberbullying.

The school activity package was ordered by 264 teachers from 223 schools who, on the day of SID and throughout February 2019, prepared lessons, classes and other activities in their schools.

At the beginning of February, Safe.si released a short movie, called "Super Selfie", which talks about how to take a really good selfie and what to keep in mind when uploading it online.

The seven-minute long movie is available on YouTube and on the Safe.si website. It can also be used by teachers at school, as a starting point for discussions about sharing information online. The movie is also being displayed at Safe.si workshops.

On SID 2019, the ARNES opened a new massive online open course (MOOC) about the safe use of the internet and digital devices, called "MOST-VO", for pupils of second and third levels of elementary schools. The MOOC is a complementary tool for teachers and other educators who can use it in their activities. The course covers a very wide range of online safety-related topics, adopting a child-friendly perspective, including key measures such as recognising fraud online and checking the validity of the published content, cyberbullying, screentime management, and so on.

Safer Internet Day (SID) is almost here – on Tuesday, 7 February 2023, we will be millions around the globe, joining forces “Together for a better internet”. This edition is extra special, as it celebrates the 20th anniversary of this international day. Are you ready? How are you going to get involved in celebrating with us?

Smartwatches are worn on the wrist like a digital watch. This makes them one of the so-called wearable devices: these are electronic devices that are worn on the body. 28 per cent of young people in Germany now own such wearables, according to a recent survey. The German Safer Internet Centre shares tips for parents.

The Latvian Safer Internet Centre, together with Latvian major internet service provider TET and other partners, have launched the social initiative "When you use the internet, remember safety!", which will help the youngest digital users (4 to 7 years old) to learn about safe and responsible internet use, and involving parents and educators in the learning process.