Children's relationship with social media through the eyes of parents

The Greek Safer Internet Centre, SaferInternet4Kids of FORTH, has recently published the results of new research looking at children's relationship with social media as seen from a parental perspective.

The use of social networks by Greek children from a very young, unauthorised age is confirmed by the results of online research carried out by the Greek Safer Internet Centre, FORTH. With a total of 1,100 responses, the majority (74.67 per cent) came from women aged 36-60 years, highly educated and living mostly in urban areas who are informed from the web on how to protect their children. It is interesting to note that the majority of parents use the internet on a daily basis, with younger parents (aged 20-35) making even more frequent use (71 per cent are daily users). The same online habits are shared by children.

Τhe results of the survey show that, in smaller societies, children use the internet more frequently. It is interesting to note that parents of a higher educational level consider that their child's character is influenced by the use of social media and that children tend to spend longer on the internet when they suffer anxiety. It is also revealed that excessive use of social networks can lead to dependency behaviours. Women (58 per cent) tend to be of the opinion that social networking by children improves their technical skills. Another conclusion that emerges from the survey is the fact that children do not turn to their parents for help when they experience problems online. Moreover, 16 per cent of parents declare that they do not know if their children sufficiently protect their personal data online, while 7 per cent declare that they do not know if their child has been a victim of cyberbullying.

To give more detail to these headline figures:

Parents admit that their children, although not allowed, use social networks before they reach the age of 13.

However, they state that they would prefer it if the use of social networks by children started at the age of 15 or 16, and above. 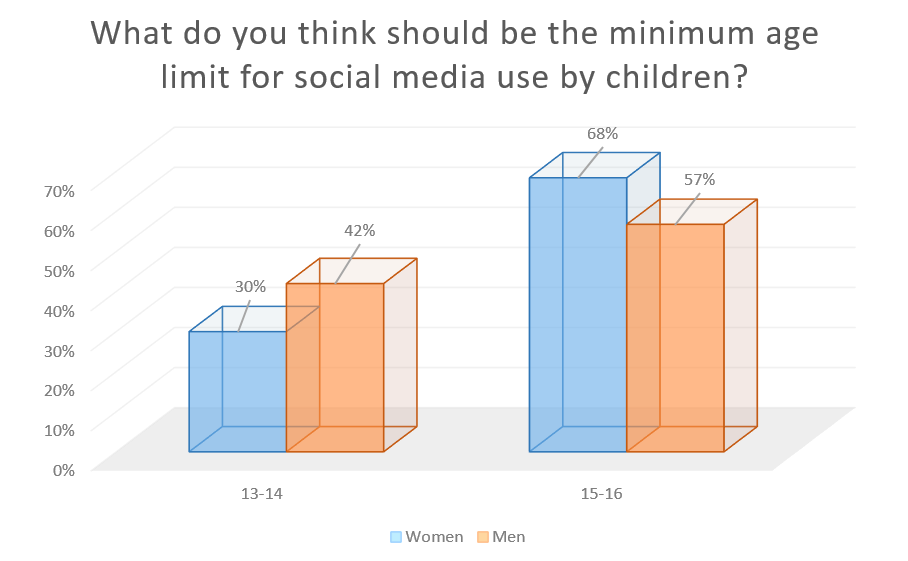 The majority of parents use social networks on a daily basis, and so do their children. Younger parents (aged 20-35) make more frequent use (71 per cent use it daily). 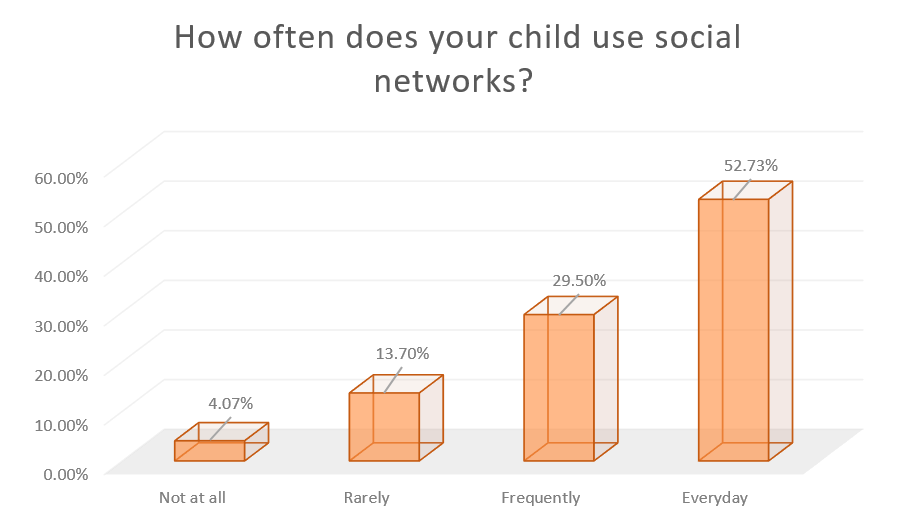 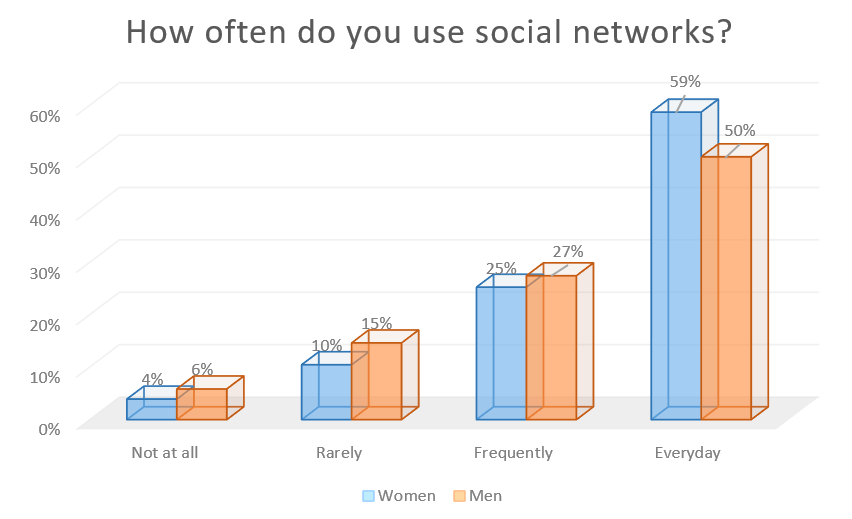 As far as social network popularity among children is concerned, Viber is the most popular by far, followed by Instagram, while Facebook holds the third position.

Parents consider that children's character is affected/shaped by the way and frequency they use social media. They do not believe that the use of social networks improves the social skills of children. 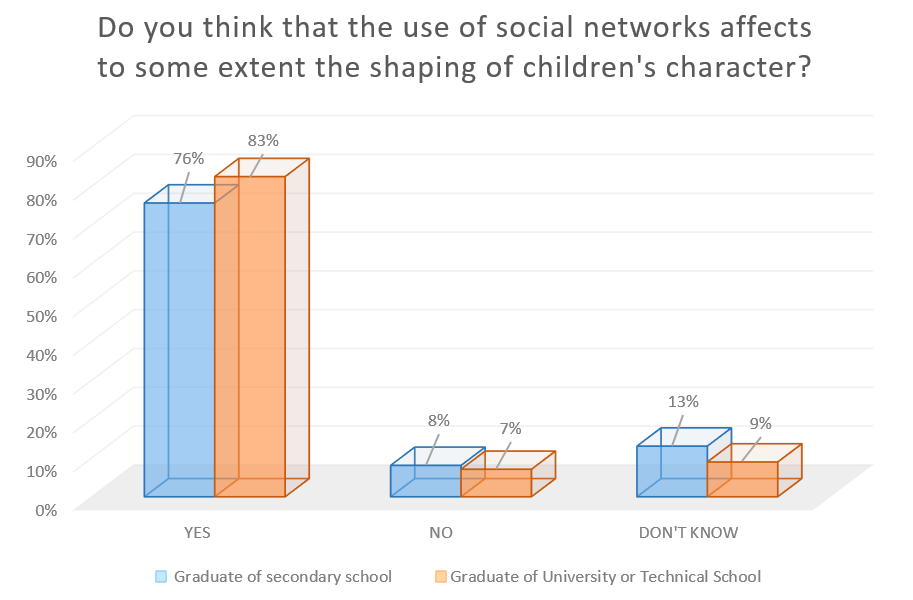 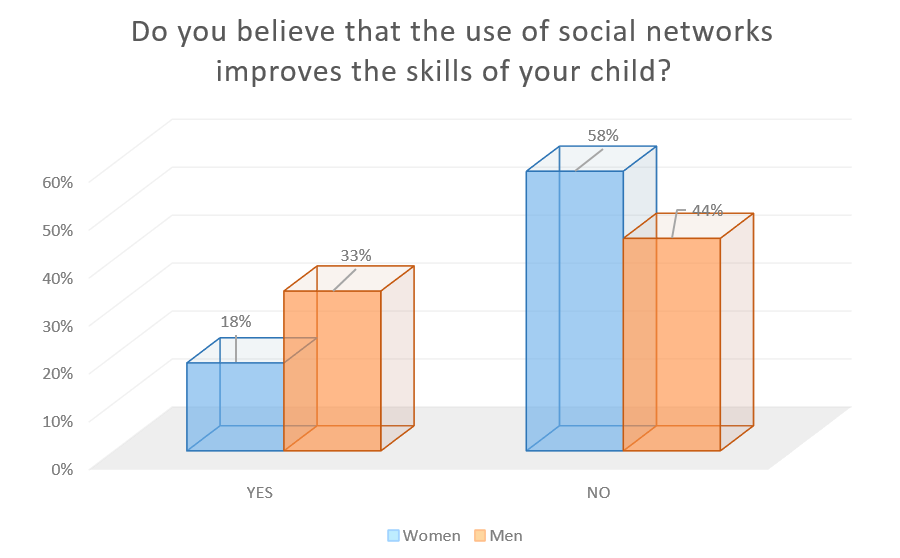 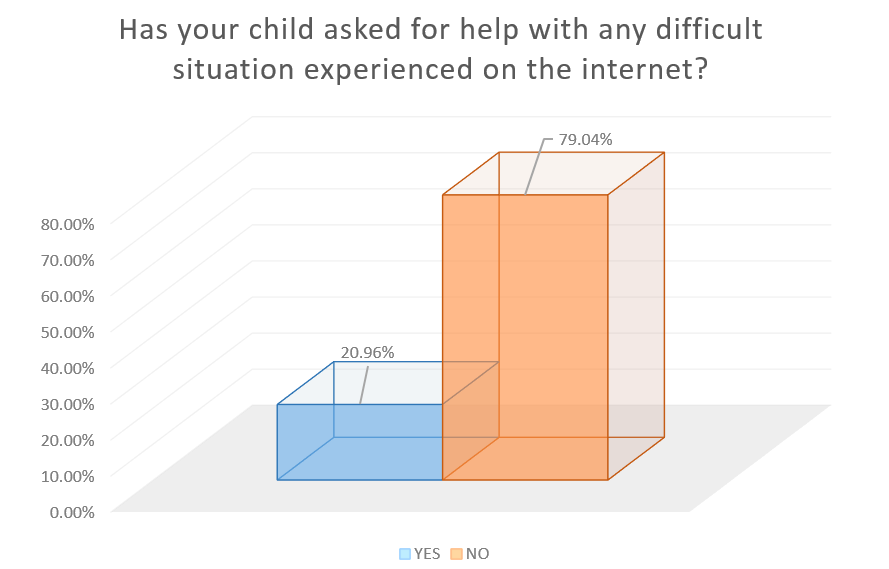 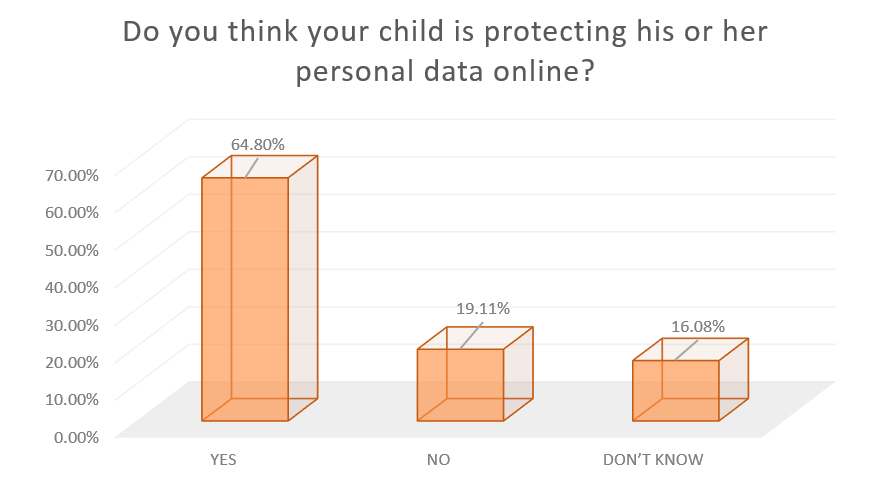 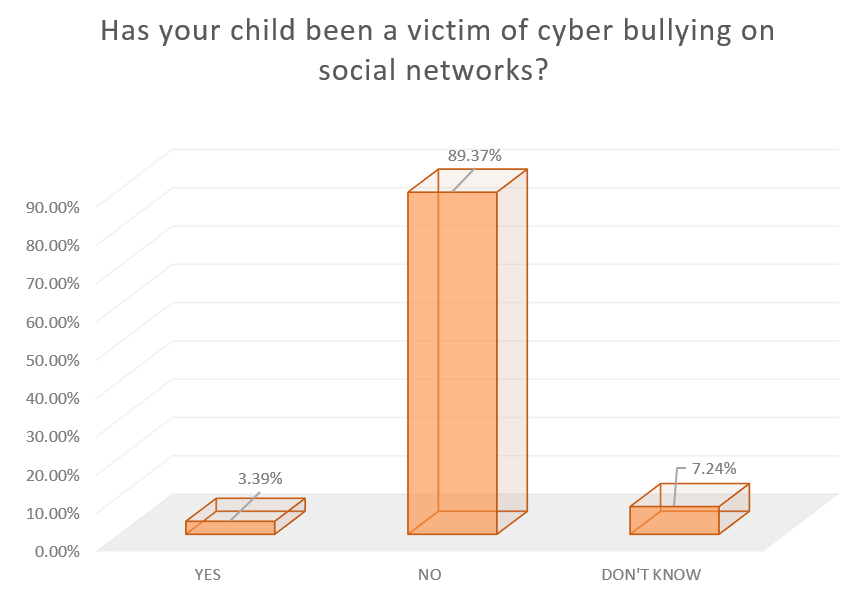 Find out more about the work of the Greek Safer Internet Centre (SIC), including its awareness raising, helpline, hotline and youth participation services.