The research included a visual analysis of a sample of images and videos stored by INTERPOL in the "ICSE Database" which is an investigative tool containing media seized by law enforcement around the globe and used as evidence in criminal enquiries. Researchers categorised and analysed its content to better understand patterns of offending and victimisation. 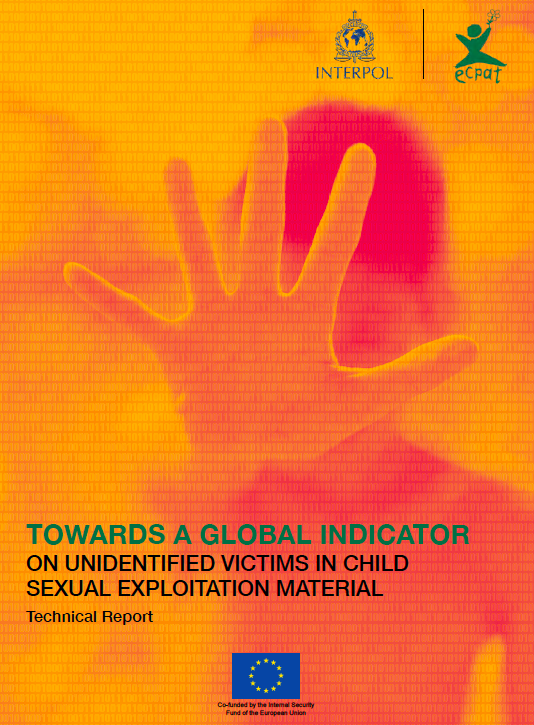 The study "found a link between the age of the victim and the severity of abuse." When victims were younger, the abuse was more likely to be extreme. It was also found that very young children were more likely than older victims to be subjected to abuse and exploitation that featured additional "problematic paraphilic themes," (sexual behaviour that risks causing another person psychological distress, injury, or death).
The researchers made the same link between severity of abuse and gender of the victim. "Boys made up a significant proportion of victims and videos and images featuring boys were more likely to show severe abuse material that features problematic paraphilic themes," says the report.
"While millions of videos and images of children being sexually abused or exploited are uploaded every day, the vast majority of both victims and offenders remain unidentified," said Dorothy Rozga, Executive Director of ECPAT International, speaking at the European Parliament in Brussels at the launch of the study. "In some cases, the images of the same children crop-up repeatedly throughout the years – and these children remain out of the reach of those who would help them."
"Unfortunately, most people do not realise that when we talk about child abuse, we are speaking about very young children, babies who are just months old, being the victims of extreme sexual assault," said Bjorn Sellstrom, INTERPOL's Crimes Against Children unit coordinator. "Victim identification is at the core of INTERPOL's work in connecting global investigations into online child sexual abuse. This report underlines the need for more countries to connect to the ICSE database and become part of this important network of investigators dedicated to rescuing child abuse victims."
84 per cent of the sample of images or videos visually surveyed contained explicit sexual activity, gross assault, sadism or other "problem paraphilia." More than 60 per cent of unidentified victims were prepubescent, including infants and toddlers, and one third of victims were boys says the report.
More than 12,000 victims have been identified in the database, but it remains difficult to accurately determine the number of unidentified victims. According to ECPAT International, because the vast majority of online child sexual abuse material is made by those in the victim's circle of trust, such as coaches, teachers and care givers, identifying children in abuse material can be crucial to locating offenders. "As well as providing an opportunity to remove the child from harm, identifying a child is often key to identifying the offender," said Ms Rozga. "This study is an important step in understanding this problem so we can better monitor this global threat to children."
Ms Rozga linked the report to the need for a global indicator on sexual violence to better measure progress towards achieving the Sustainable Development Goal (SDG) targets that call for an end to sexual violence against children. "This study addresses a pressing need to address the lack of research and indicators on unidentified children depicted in this kind of material, as well as the quality of the response by law enforcement around the world," she said. "What is needed now is coordinated global action. All countries in the world have committed to ending the sexual exploitation of children. But you can't end what you can't measure."
Other messages from the study:
Read the full study, "Towards a Global Indicator on Unidentified Victims in Child Sexual Exploitation Material", access a summary, or contact info@ecpat.org for further information.
This press release was originally published on the ECPAT International website and is reproduced here with permission.
Cover image copyright of INTERPOL and ECPAT International.
Share article: