Starting the dialogue about media use and skills, learning from each other and becoming media literate together: that's what this year's Dutch Media Literacy Week (Week van de Mediawijsheid) was all about. The 8th edition of the yearly campaign took place from 17-24 November 2017. With the brand new Media Literacy Debate for youngsters, more than 165,000 children registered for the MediaMasters Game, and around 130 activities took place all over the country. As we celebrate a successful week, read about some of the highlights below.

Research: the digital generation still needs a lot of help
Young people are less digitally skilled than they think, and one of the things they struggle with is evaluating reliable information. This is concluded in two complementary research studies that were published at the start of the campaign: the "Monitor Jeugd en Media" (Monitor Youth and Media) and "Vanzelf Mediawijs?'"(Media literate by itself?) 2017. Furthermore, the studies show that school now only plays a small part in teaching digital skills, and that young people develop their skills in their free time and experience little challenge.

Read more about the studies (in Dutch).

Media Literacy Debate with pupils, teachers and famous judges
The campaign kicked off with the Media Literacy Debate. Youngsters, teachers and media makers engaged in a conversation about privacy, sharing information, dealing with fake news, the role of professional media, what we can learn from each other, and much more. The jury consisted of several well-known figures. Watch the trailer below, or view the full debate (in Dutch). The debate was also aired on a national television channel.

The Media Literacy Debate is a discussion starter for secondary education. What can pupils and teachers learn from each other? Following the campaign, schools were encouraged to continue the debate in the classroom based on four evocative statements/topics and accompanying videos.

Around 130 activities were organised by schools, libraries and other organisations, including several TV shows and films about media literacy topics, workshops for children and parents, radio broadcasts, a photography competition, the launch of the "Social Media Code" by YouTubers about advertisements in videos, quizzes, educational materials and more.

The campaign also drew some international attention: the Windesheim University of Applied Sciences (students enrolled in the minor "Children and media") visited Denmark for lessons and excursions about media and stimulating creativity among children. The German pnj - Pressenetzwerk für Jugendthemen also paid a visit together with the Duitsland Instituut Amsterdam and several German professionals.

Digital literacy conference
A festive end to the Media Literacy Week took place in The Netherlands Institute for Sound and Vision. Kennisnet organised an education conference about digital literacy, together with Mediawijzer.net, SLO and The Netherlands Institute for Sound and Vision. How can we offer children a positive perspective in a digital world that is not without worries? And which skills do we teach them so that they can shape their future, instead of technology doing it for them? Several experts shared their views on this. Furthermore, the Digital Literacy Handbook was presented. You can find two reports on the conference here and here (in Dutch). 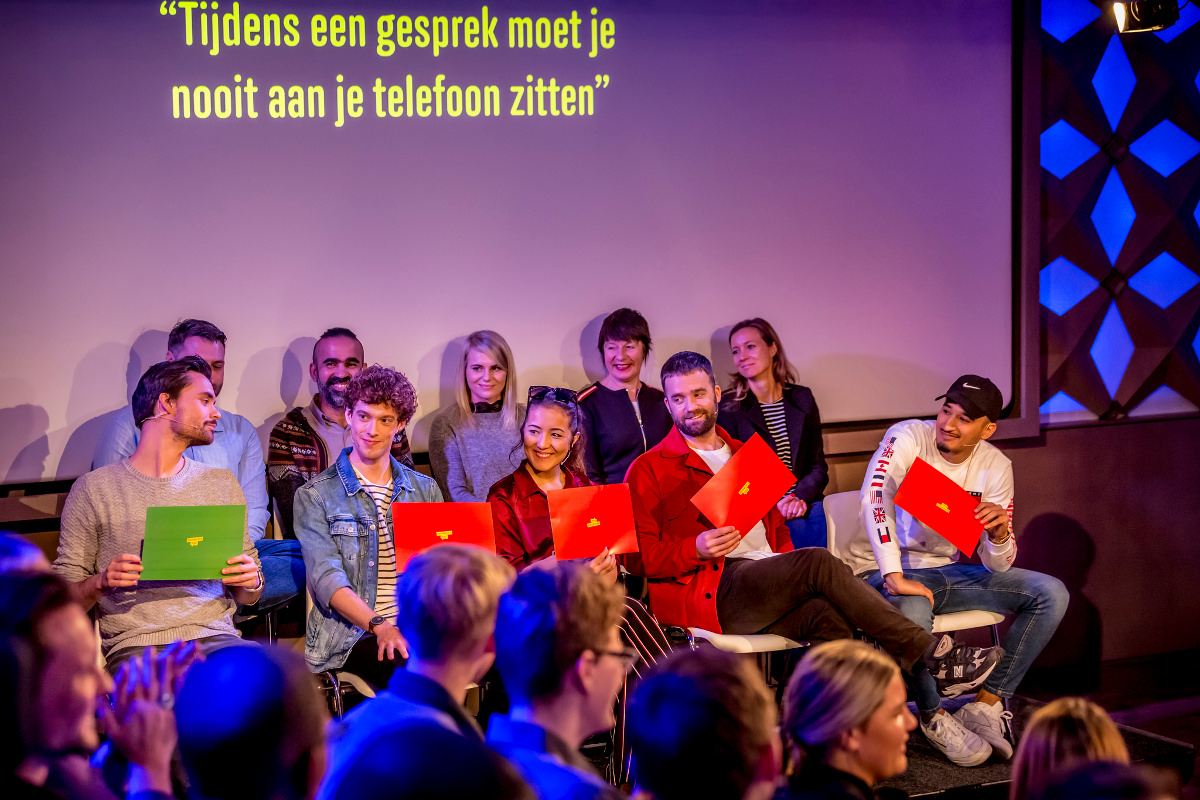 MediaMasters Game
This year, more than 165,000 pupils (age 10-12) registered for the MediaMasters Game, which covered topics such as privacy, fake news, vlogging and social media. The winners - the "most media literate class of the Netherlands"- were surprised by one of the characters from the game. Watch the video below:

A special education version of the MediaMasters Game is also available, with its own ranking and winners.

Mediawijzer.net thanks all (network) partners, participants and other contributors for a great campaign. The next Dutch Media Literacy Week will take place from 16 - 23 November 2018. Read the full report, including an overview of (social) media attention and more detailed information on the activities, on the Mediawijzer.net website (in Dutch).

Find out more about the work of the Dutch Safer Internet Centre (SIC), including its awareness raising, helpline, hotline and youth participation services.

Since 2010, BEE SECURE, the Luxembourg Safer Internet Centre, has been promoting a safer, more responsible, and more positive use of digital technology among the general public.