Teenage relationships have always bought challenges but, for some young people, the added element of the internet and social media can amplify these. Young people use technology so extensively and, inevitably, this impacts on their relationships too, with much of the interaction taking place online.

Sexting is a word which describes the sending of personal sexual content, most commonly nude or nearly-nude images. The term was originally used by the Australian press about seven years ago and, since then, has become a serious challenge for children and young people, and their teachers and parents. danah boyd (a social media expert from the US) noted that "teen sexting is a very rational act with very irrational consequences". This video from commonsense.org summarises the issue well and helps to explain some of the key challenges:

Experts suggest that it is not unusual for teenagers to share sexting-type content online, particularly when they are in a relationship. Part of the problem, however, lies in the fact that there is a digital copy of the message, image or video which can easily be shared beyond the original intended recipient. Different countries have different responses to sexting and, in some, it is a criminal offence. For example, in the UK the law states that "it is illegal to take, make, possess or share indecent images of anyone under the age of 18". While the law is obviously there to protect children and young people from adults who may seek to exploit them, it has also been used against young people themselves who risk receiving a police record as a result.

A great deal of research has been done into sexting and most agree that young people do indeed see it as a "normal" activity. Research from European countries in the Net Children Go Mobile study shows a varied picture. It can be difficult to establish just how prevalent sexting is, but young people themselves talk about it being quite common. 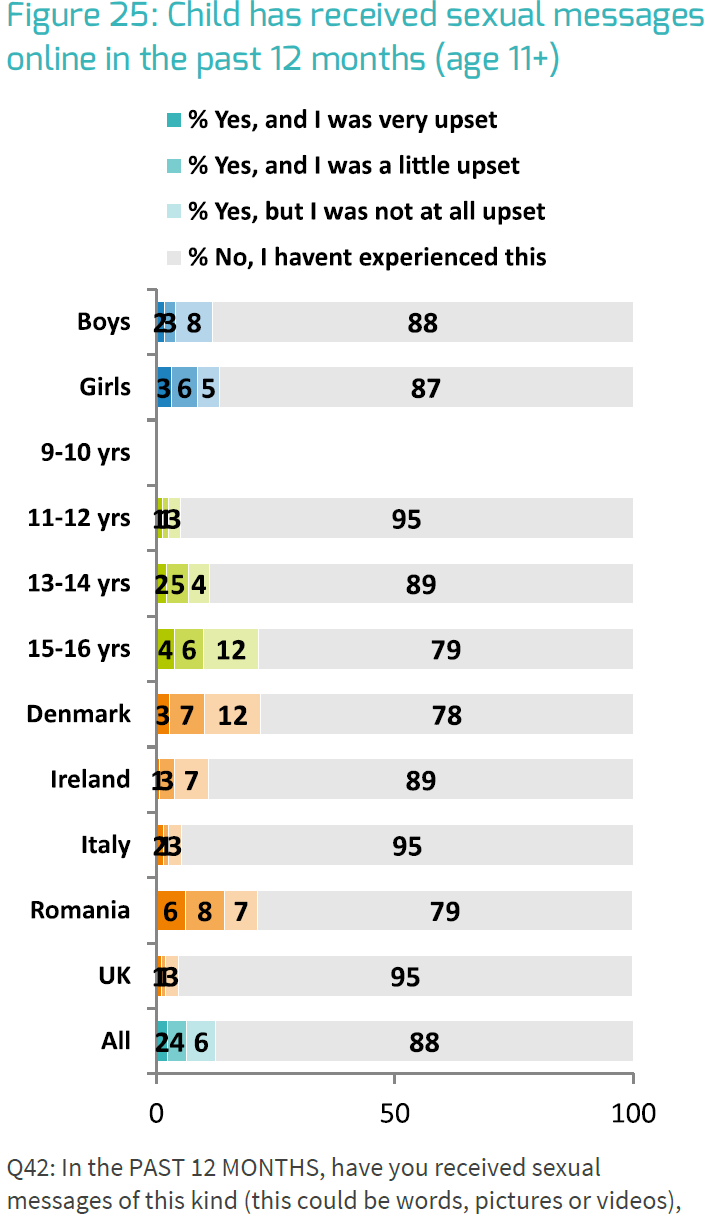 A more recent piece of research, launched on Safer Internet Day 2017 by the UK Safer Internet Centre (UK SIC), found that 45 per cent of 13-17 year olds had seen nude or nearly nude photos of someone that they knew being shared around their school or local community.

The Insafe network of Safer Internet Centres in Europe have produced a wide range of resources which can be useful in supporting children and young people who have been involved in sexting, as well as in raising awareness and encouraging some debate about possible consequences. The Irish Safer Internet Centre, for example, has published an excellent resource aimed at younger pupils. It includes an animation and six lesson plans covering the following areas:

Find out more, and access the resource, from the Better Internet for Kids (BIK) Resource gallery.

For further resources on the topic of sexting, head back to the homepage of the BIK portal where we've preselected a number of resources and videos to help you understand more about this topic in our homepage carousels: