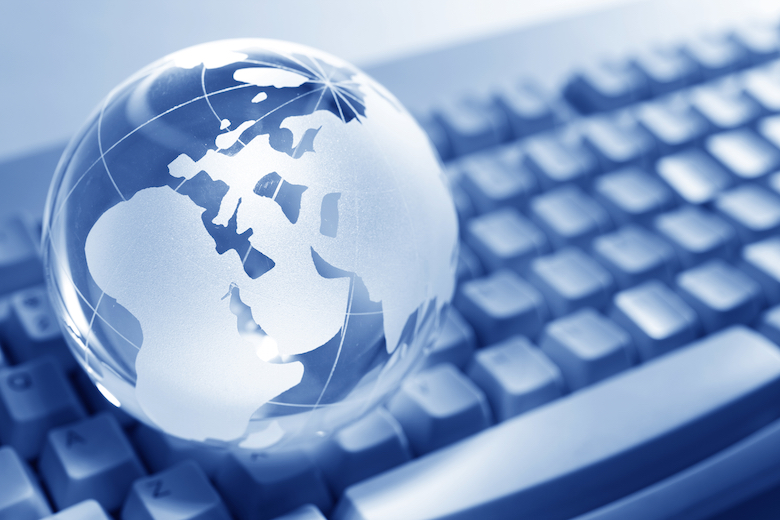 In each edition of the BIK bulletin we'll look at a topical issue – this month we look at internet governance.

Both SIF and IGF are key in giving multiple and varied stakeholders a voice to shape the development of the internet, including consideration of the increasingly critical issues of empowering internet users, both young and old, with the skills, knowledge and support mechanisms to remain safe online and indeed thrive in today's fast-paced digital revolution.

Next month, the annual Safer Internet Forum (SIF) will take place in Luxembourg. Now in its 12th year, SIF is a major event in Europe that brings together policy-makers, researchers, law enforcement bodies, youth, parents and carers, teachers, NGOs, industry representatives, experts and other relevant actors from across the world to discuss the latest trends, risks and solutions related to child online safety. This year's edition will consider how to break down barriers to help make the internet a better - and more trusted - place!

We've seen an explosion in connectivity in recent years, and the Internet of Things has very much become a reality. Our everyday lives are being transformed by connected devices in our homes, cars and on our beings with wearable devices. But as the focus is now shifting to products aimed at younger users with the Internet of Toys - wristbands, dolls and action figures aimed at young children connecting to the cloud - do we need to rethink traditional concepts of child protection online? How will this new wave of devices impact upon the digital rights of children and young people - now and in the future - to play and create online, while retaining their privacy? And how do we as adults - parents, carers, educators and consumers - gain trust in the new products and services on offer to protect our best interests, and those of our children?

Panel discussions at SIF will focus on topics ranging from emerging technologies and trends, to children's rights in a digital world, and policies and best practices in and beyond Europe. Importantly, we will also hear from young people direct as European Youth Ambassadors share their hopes and dreams - and concerns - for their connected futures.

Further information on SIF 2015, including online registration, is available at www.betterinternetforkids.eu/sif2015.

Following soon after SIF, the Internet Governance Forum (IGF) will hold its 10th annual meeting in João Pessoa, Brazil, on 10 to 13 November 2015. The IGF serves to bring people together from various stakeholder groups as equals, in discussions on public policy issues relating to the internet. While there is no negotiated outcome, the IGF informs and inspires those with policy-making power in both the public and private sectors. At the forum, delegates discuss, exchange information and share good practices with each other. The IGF facilitates a common understanding of how to maximise internet opportunities and address risks and challenges that arise.

A delegation from the joint Insafe/INHOPE networks will be attending the IGF to share expertise and good practices from across Europe with other attendees. In addition to hosting a booth in the IGF Village to showcase resources and campaigns, the network will also be hosting a workshop titled ‘Beyond the tipping point: SID in the global South'.

Within this context, the workshop will explore how the 2016 SID campaign can help to create a safer and better internet for children and young people in countries which may need it most, by developing meaningful multistakeholder participation on a global scale, focusing on children's rights in a digital world, keeping in mind the specific (and often diverging) nature of internet access and online experiences across socio-economic and regional divides. Ultimately, the session will aim to devise a global action plan for Safer Internet Day, which will next be celebrated worldwide on Tuesday 9 February 2016.

Recognising the importance of the voice of youth in internet governance issues, the IGF will feature a specific youth programme. In January 2015, the Brazilian Internet Steering Committee (CGI.br) agreed that one of the big impacts to push for at the IGF is to increase youth participation from the Latin America and the Caribbean (LAC) region. Therefore, it approved the creation of the Working Group to foster youth participation and combined efforts with ISOC (the Internet Society) to put together a programme called Youth@IGF, aiming to empower the next generation of leaders and increase the participation of young leaders from LAC in the debates at the forum. The programme has been inspired by the successful experiences from several national and international initiatives, such as NetMission.asia, Dínamo, SaferNet Brasil, and our own work within the Insafe network.

As part of efforts to enhance the awareness of young people regarding internet governance processes, the coordinators of the Youth Coalition on Internet Governance will be launching an internet governance practicum at the IGF 2015. In a workshop titled ‘Engaging youth in a multistakeholderism practicum', the session aims to provide youth with practical experience and will especially be beneficial to young people with little to no knowledge on internet governance matters. The session will aim to come up with a youth declaration on what are their most important concerns in internet governance, building on the work of the European Youth Manifesto, published earlier in 2015, which outlines the ten key principles that Europe's youth identified as essential to creating a better internet for the future.

Additionally, some countries within Europe host their own Internet Governance Forums (IGFs) as a way of gaining national focus and as a means of contributing to the bigger, international picture. Here, the Dutch Safer Internet Centre (SIC) tells us of its activities in this area, again highlighting the importance of involving youth in the debate.

"The Dutch Internet Governance Forum, co-coordinated by the Dutch SIC, Ministry of Economic Affairs and SIDN (the Foundation for Internet Domain Registration in the Netherlands), focusses on bringing the importance of the IGF to the attention of Dutch stakeholders: on the one hand to realise a firm embedding of the international results into our national policy; on the other hand, to make the Dutch voice heard internationally and to put important Dutch themes on the international agenda.

"One of the ways to gain input for the IGF is to organise a Young IGF, a yearly debate about the future of the internet aimed especially at teenagers. The importance of listening to the voices of younger generations remains undiminished, and the perspective of the generation that grew up with the internet is indispensable in the debates on the future of the medium. The outcomes of the Young IGF event are used as input for the Dutch delegation. Furthermore, every year, two teenagers are selected to represent Dutch teenagers at the global IGF: so giving teenagers an international voice!

"This year we organised a meeting at a school in Leiden. They started with a presentation on operational mechanisms of the internet and a demonstration of hacking and responsible disclosure by experts, to prepare the young people for the discussion and make sure everybody had some basic knowledge of what we are expecting of them. They talked about the future of the internet, how much online privacy is worth, if hackers are the national guards of future internet and many other topics.

"After a vivid discussion and interesting debates, the youth participants came up with a list of 10 priorities, in no particular order:

9. Implement the right to be forgotten.

10. Open and free internet (no censorship)

"Auke Pals and Tijl Klerx have been selected to join the national delegation to Brazil, and they are of course available to join Insafe forces to make sure the voice of youth is heard."

Further information on the Netherlands Internet Governance Forum, including the Young IGF, is available here.

Follow up reports from both SIF and IGF will follow in the next edition of the BIK bulletin, due out in the first half of December 2015. If you are attending either of these events, and would like to contribute an article, please get in touch.

Subscribe to receive future editions of the BIK bulletin direct to your mailbox here.

Focus on inclusion in online safety at Safer Internet Forum 2020

With a theme of “Digital (dis)advantage: creating an inclusive world for children and young people online”, Safer Internet Forum (SIF) 2020 will take place online, with the main sessions being held on Wednesday, 25 and Thursday, 26 November 2020 – with a range of additional sessions throughout the week.

Experts from all over Europe met online to discuss a broad spectrum of issues related to the safety of children and young people on the internet. The video materials from the 14th international conference "Keeping children and young people safe online", which took place on Tuesday, 29 and Wednesday, 30 September 2020 (online plenary sessions) and Thursday, 1 and Friday, 2 October 2020 (online workshops), are now available.