The representative survey "Youth Internet Monitor 2017" was conducted by the Institute for Youth Culture Research from November to December 2016 (n= 400, 11-17 years). 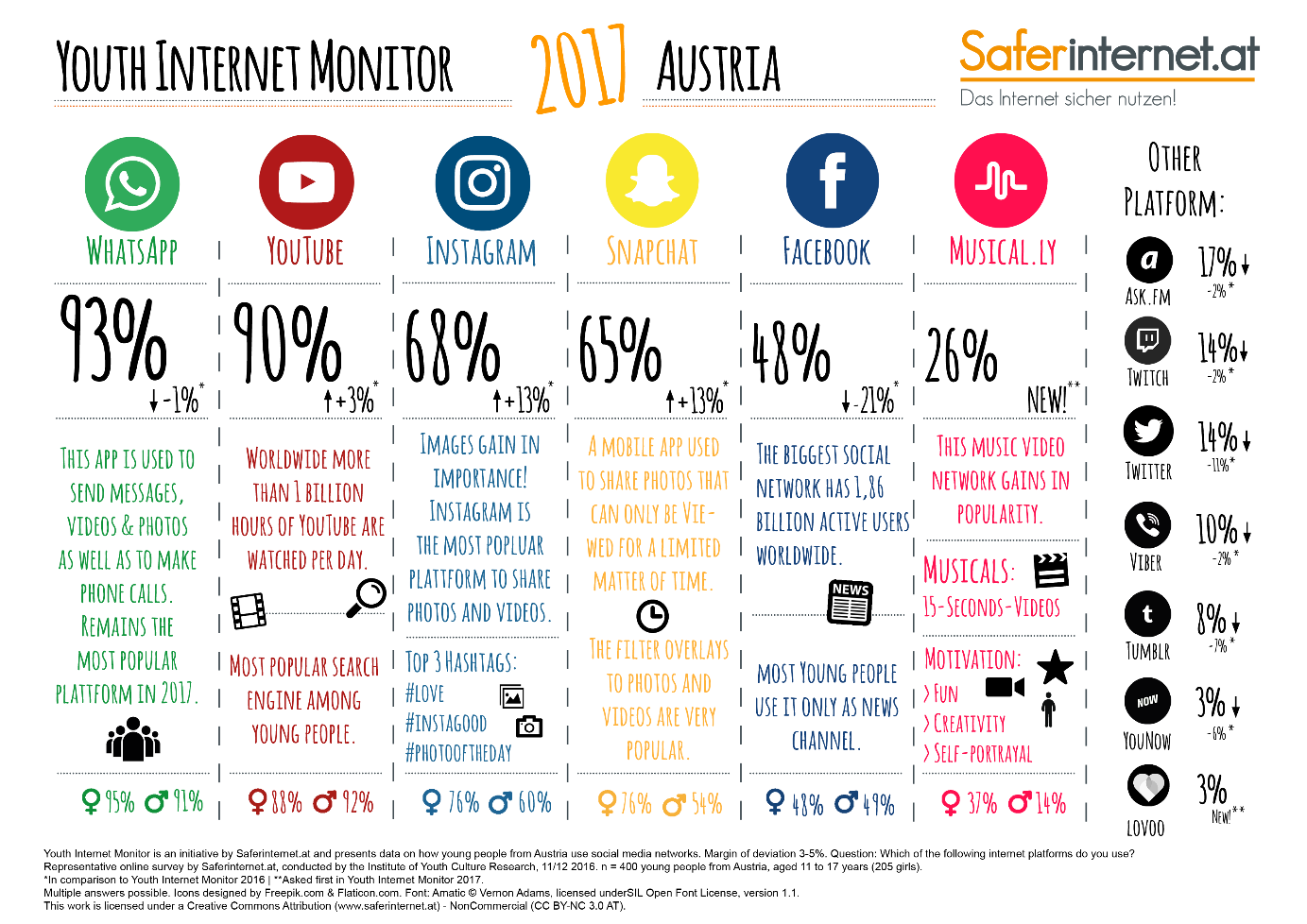 According to the survey, the six most popular social platforms in 2017 were:

What has changed in the usage of internet platforms since 2016?
The decrease in Facebook usage (-21 percentage points) is the most significant change since 2016. The experiences from safer internet workshops in schools and youth centres indicate that Facebook is mostly used as a news channel or for games, instead of serving as a social network. Since 2016, Twitter decreased in usage from the list of platforms used by young people in Austria (-11 percentage points).

The platforms WhatsApp and YouTube remain on the top of the ranking since 2016.

New survey feature: the most relevant platforms for young people
An additional question was included in the survey that focuses on the relevance young people ascribe to the platforms they use: How important is this platform for you personally?

This question leads to slight changes in the ranking of internet platforms. The six platforms which are considered as "very important" are: WhatsApp (77 per cent), YouTube (45 per cent), Snapchat (43 per cent), Instagram (34 per cent), Facebook (21 per cent), and musical.ly (20 per cent). The results show that WhatsApp is not only the most intensively used, but also the most relevant platform for young people. Snapchat is considered more relevant than Instagram, although their usage is similar. Facebook is only "very important" to every fifth person of the survey.

Do girls and boys use the same social networks?
The "Youth Internet Monitor 2017" shows also big gender differences in internet platform usage. The mostly used platforms WhatsApp and YouTube have the same popularity for boys and girls, but there are substantial gender differences for Instagram (girls: 76 per cent/boys: 60 per cent).

In contrast, the video platform for computer gamers, Twitch, attracts far more boys (25 per cent) than girls (3 per cent).

More information and data in German is available at www.jugendinternetmonitor.at.